Sometimes the strangest things in life can come for extremely exorbitant prices. For example, take this 3D scan of Michael Jackson, which is being auctioned off for $1.5 million. The 3D scan image was collected when Michael Jackson was 37 years old, way back in 1996. The scan data includes a color map in CPV or UV maps. This can be manipulated into any expression or pose, thanks to the 3D technology which is used. I am sure the image would be sold within instants to a video game company or someone similar. 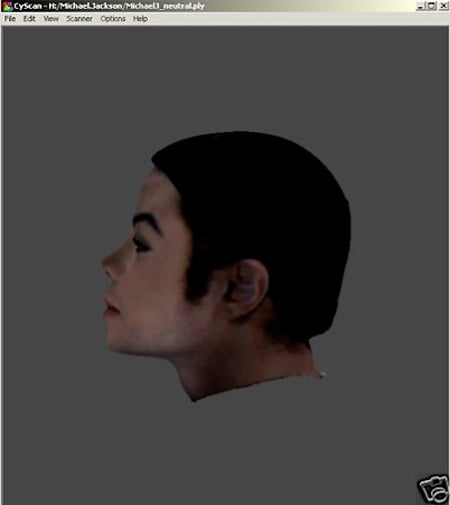 It would be amazing to see Michael Jackson come alive again, at least in the 3D form. The funny thing is, it has not been created by 3D artists, but taken from Michael Jackson himself. I am sure the $1.5 million tag is not a big deal for most well heeled MJ enthusiasts. You could imagine the kind of fan following he commands even after death, considering the fact that an Andy Warhol portrait of the star was expected to fetch millions. Unfortunately, the King of Pop passed away just before his This Is It comeback show.
[Tech E Blog]