Out of the pool with retirement and into the face of the camera with Louis Vuitton. The Olympics have just finished, where after fetching a record with 22 medals, Michael Phelps announced his retirement from the sport. Now you can see the latest Louis Vuitton campaigns adorning Phelps with a sweltering look. Laying half-submerged in a bathtub in his swimming goggles and trunks, you can see a Louis Vuitton bag lying next to him.

Another picture is with Larisa Latynina of Russia, 77, the previous holder of the record with 18 medals. Latynina, who held the record for an astonishing 48 years, can be seen sitting with a suit-clad Phelps on a sofa with a Louis Vuitton bag in front of them. The campaign that Annie Leibovitz has shot has the essence of a Louis Vuitton commercial with the virility of Phelps. 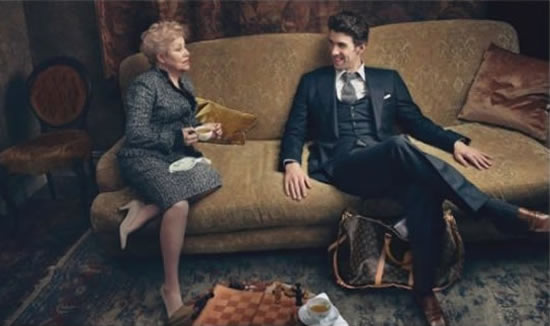