We all saw it coming but probably not this soon! Tesla-owner Elon Musk has now gone on to become the richest man in the world, overtaking Jeff Bezos who had maintained the top spot for quite a while now. Musk’s net worth now sits at a whopping $188.5 billion – yes, you read that right! 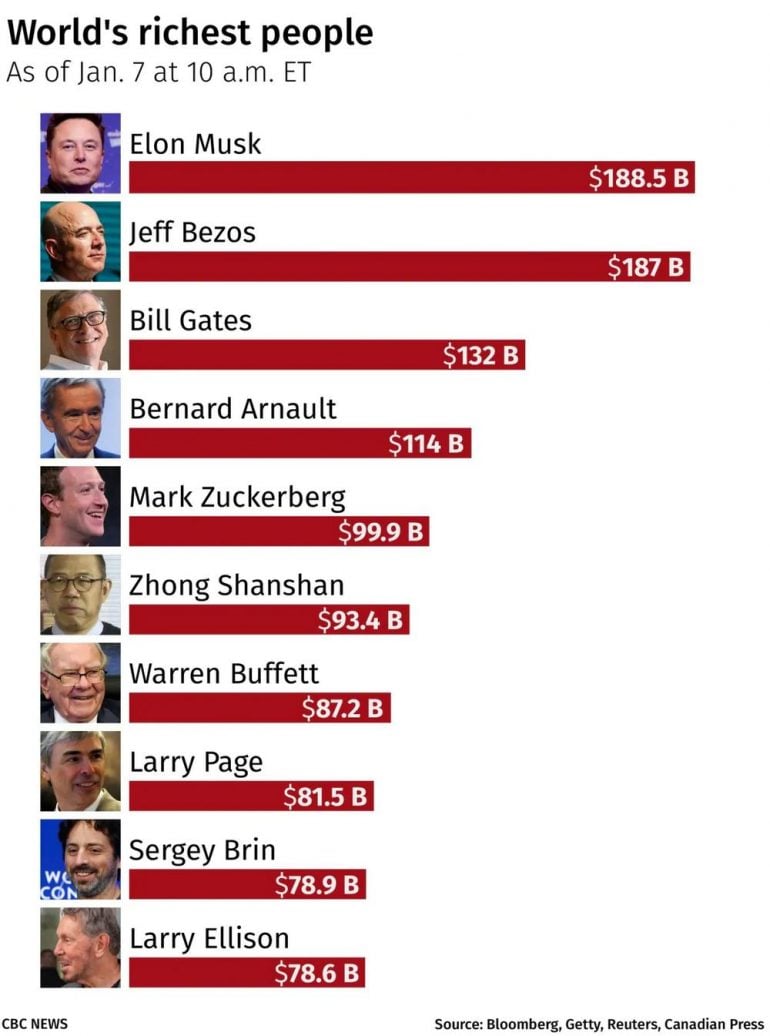 The rise in Tesla (TSLA) shares on Thursday (January 7) is said to have propelled Musk to the reigning position. The increase has lifted the value of its CEO’s stock holdings and options by $10 billion, bringing it to the current $188.5 billion. Bezos who is close second currently sits at a net worth of $187 billion.

The surge in Musk’s wealth in recent years has been historic and probably the fastest known. Starting from $27 billion at the start of 2020, his net worth has increased manifolds over the past few months, much of which is also because of his gigantic pay package.

Musk crossed Warren Buffet in July 2020 to become the seven richest people and slowly overtook Gates in November 2020 to reach the second spot. However, the recent turn of events now has him shining on spot number one. While Bloomberg posted an article confirming Musk’s top position, Forbes’ real-time tracker is yet to be updated to reflect the same.

It looks like 2021 has sure started on a good note for Musk!