Designer Tom Rucker, who had taken a trip to South Africa in 2009, realized that the inspiration for many children in those parts is not any footballer or sportsperson. When they were inquired about their role-model, they unanimously responded by the name of peace-loving freedom fighter ‘Nelson Mandela.’ With his newfound revelation of a public figure that inspired world history, Rucker decided to create a life-sized, three-dimensional sculpture of Nelson Mandela, a design inspired by visionary architect Buckminster Fuller’s Geodesic Dome structure. Rucker used platinum wire due to its hollow, light, and durable nature fused using a laser beam. It took about 1.9 million laser spots to create this world’s first sculpture made from platinum wire.

The back of the head uses biscuit porcelain, and the eyes are set with black diamonds. The artist’s choice of black and white mono colors symbolizes the absence of anyone’s color and Mandela’s vision of unity. Helen Zille revealed the sculpture, Premier of the Western Cape, at the International Conference Centre at the Waterfront in Cape Town.
Update-
The bust’s eyes are set with black diamonds in black rhodium, and the back of the head was manufactured from white biscuit porcelain from world-renowned manufacturer MEISSEN.
Copyright 2012 The Goldsmiths’ Company, London 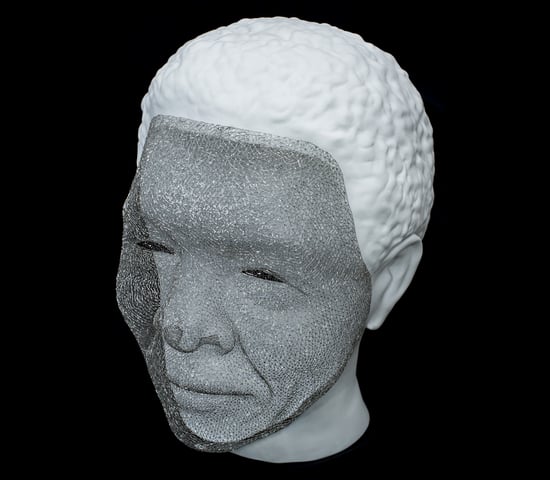 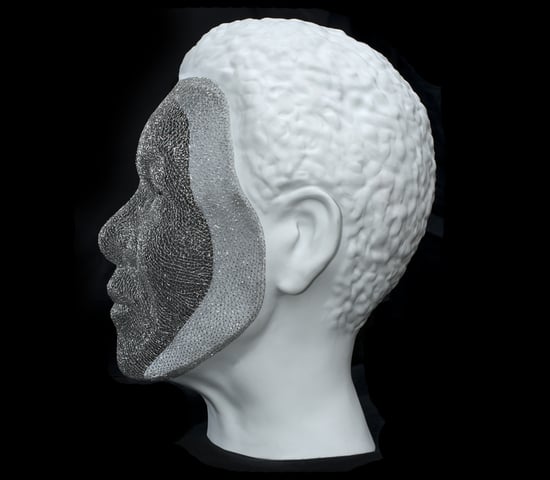 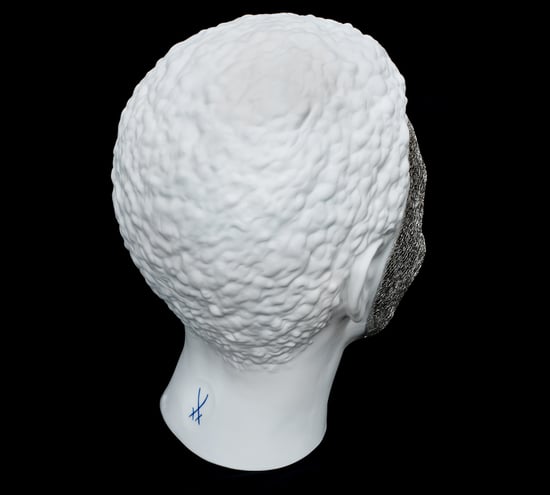