The world has long been keeping up with the Kardashians but lets hit pause and keep up with Cuoco. Why? After snapping up tennis pro Ryan Sweeting “The Big Bang Theory” star has now snapped up Khloe Kardashian and Lamar Odom’s former love nest. After exchanging vows in a ceremony that saw a one-of-a-kind, upside down wedding cake, the couple can now lay claim to the seven-bedroom mansion.

The 8,000 sq. ft. home that went on the market last year, was purchased by erstwhile ‘it’ couple Khloe and Lamar in 2009. Sitting in the Tarzana neighborhood of Los Angeles, the home is custom built, with a huge family room and earthen fireplaces. Its first floor kitchen comes with a breakfast nook while the second floor houses the seven bedrooms, including a master suite with three custom built closets, nine bathrooms, and a theater. Clearly, enough for Kaley and Ryan to overlook any bad juju scares. 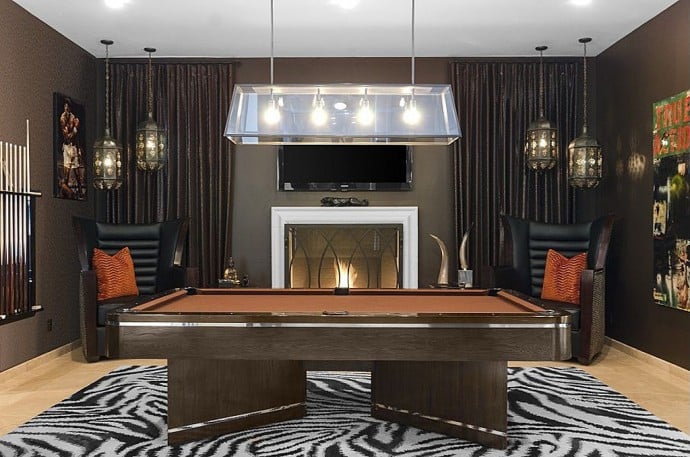 The guard-gated Mulholland Park estate also has grassy lawns, a large pool and spa surrounded with high palm trees. An outdoor kitchen completes the resort-style setting, with two refrigerators, covered cabanas and a BBQ pit. Which probably explains why Cuoco and sweetheart Sweeting bought it for $5.49m, a tad more than its asking price of $4m. Meanwhile, Khloe is reportedly looking for a new place in Hidden Hills, near mum Kris Jenner’s residence.