American – Hungarian Diva – Zsa Zsa Gabor has been a legendary name in the glamourous circles of Hollywood. After decades of bathing in glitterati and graciously walking down red carpets, the famous starlet breathed her last on December 18th, 2016; precluded by a tragic heart attack. Her recent funeral service was a sadly nostalgic affair with Gabor’s ninth husband- Frederic Prinz von Anhalt delivering a lengthy eulogy in her remembrance. 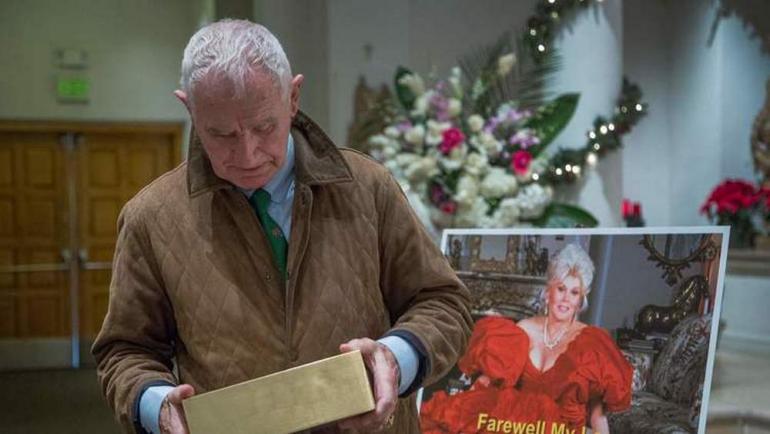 Held at a Beverly hills church on Friday, Gabor’s service witnessed over hundred mourners that included many big names from the movie industry. In a tribute to his late wife, von Anhalt gave a 40 -minute eulogy that mainly recounted his journey with the actress after he moved to Hollywood from native Germany. Von Anhalt who was the glamorous diva’s ninth husband had married her in year 1986. Recalling his life with Gabor, he stated that despite her numerous health issues, she never lost her sense of fun and her love for the limelight.

Describing his wife as a glamourous dog lover, the mass ended with von Anhalt putting a gold urn full of Gabor’s ashes in a luxe Louis Vuitton dog bag, that she lovingly used in her lifetime. Several other magnificent objects were also seen on the altar, including a photo of Gabor in a red dress with the words, “Farewell My Love” carved on it. The actress will be laid next to her late father in Hungary. As rightly opined by Father Ed Benioff, who led her service, Gabor has truly epitomized and personified Hollywood glamour.

Tags from the story
Funeral, Louis-Vuitton