Proud mum Kate Middleton kept aside her royal status to do what the common mum does these days – snap her little gems. The photographs are the first official ones to be released by the royal couple and features Prince George and Princess Charlotte propped up on a sofa and appearing as cozy in each other’s company as a brother and sister are. 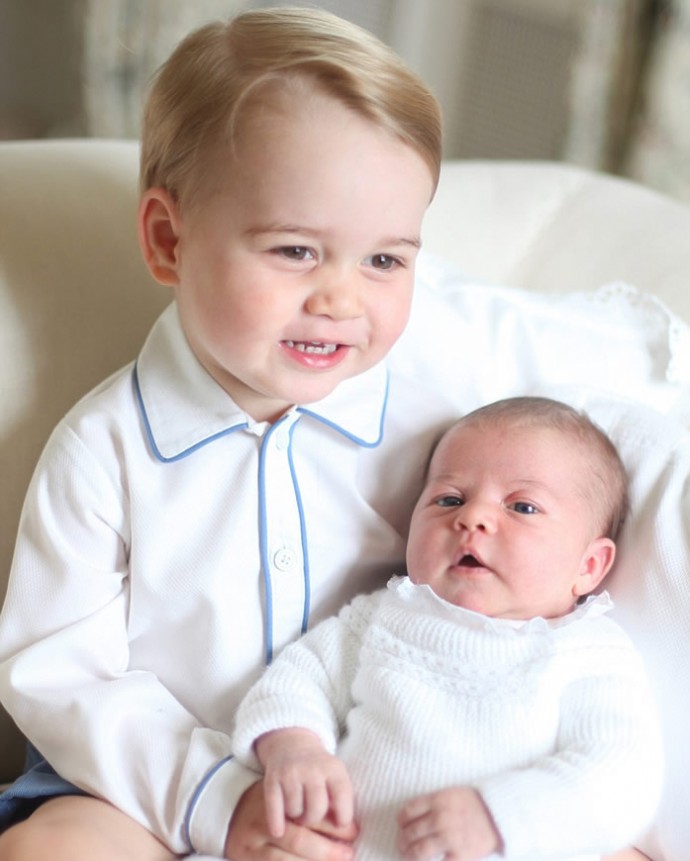 We had a peak of her angelic face, sleepy cozily in her mother’s arms a few hours after she was born on May 2.

Social media burst into a manic run as Kensington Palace released the first official pictures of the brother-sister duo which were lovingly taken by Duchess Kate. The aww-factor of the pictures went viral, deservedly so, and no one can peel away their eyes from the four utterly adorable pictures where Prince George holds his little sister lovingly in his arms.

Dressed in white, Princess Charlotte sits comfortably in her brothers’ lap while Prince George looks absolutely cute in his white full-sleeved shirt and blue shorts – an age-old English charm designed by kid’s luxury house Rachel Riley. The four photographs were taken by Princess Kate, who had photography during her graduation, at their country home in Norfolk, Anmer Hall. 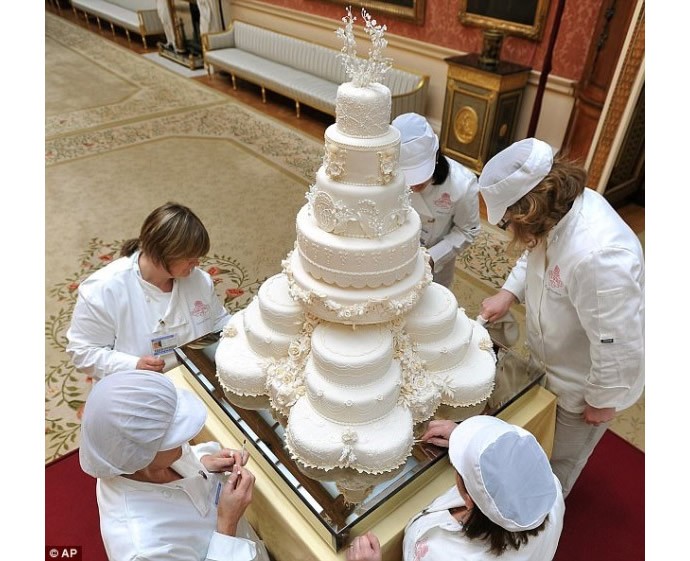 The princess will be christened in July.

While the Royal family and the rest of world revel in the new addition, they continue to evoke nostalgia. An auction will be held at the end of this month in Beverly Hills where five cakes from five memorable royal weddings will be sold. The oldest is 42 years old, from 1973 during the wedding of Princess Anne to Mark Philips. The collection will also have a slice from the wedding of Princess Diana and Prince Charles in 1981, Prince Andrew and Sarah Fergusson in 1986, of Prince Charles and Camilla in 2005 (why, we wonder) and Prince William and Kate Middleton in 2011.

None are edible, of course, and comes with the health warning too just in case someone got very hungry for a midnight snack, and will be sold for prices ranging from $600 to $2,000. No doubts here that most highly priced will be for Lady Diana’s occasion. These cakes were collected and preserved by Queen Elizabeth II’s late chauffeur Leonard Massey.

Tags from the story
British-Royal-Family