Think ‘stock market’ and probably the first thing that will come to your mind is Warren Buffet. The 88-year-old started with delivering newspaper he was a school boy and is now worth $87 billion. There is no shortage of books and documentaries on this wizard. But there are some facts which are just insightful and inspiring at the same time. Rinkesh Gupta answers. 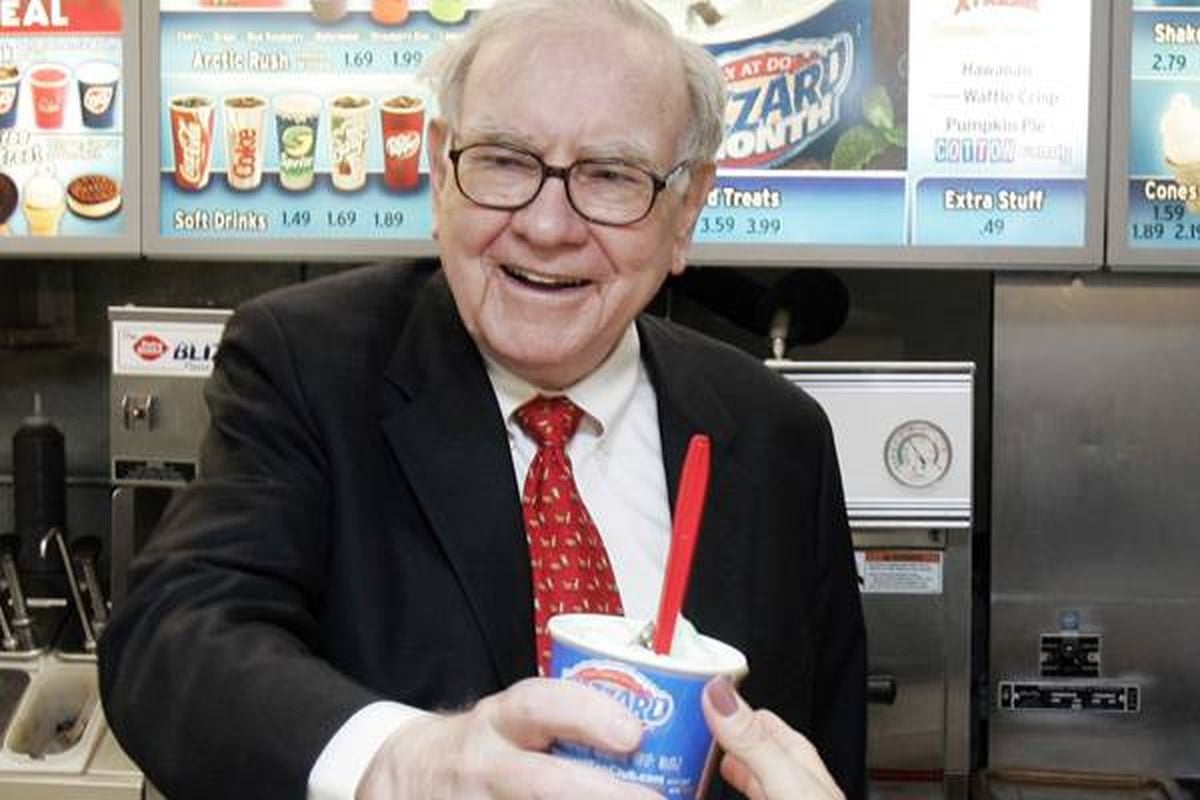 1. Warren Buffett loves junk food and eats 2,500 calories a day.
Buffett said on CNBC’s Squawk Box that 2,500 calories is what he needs to consume daily to maintain his weight, but within that limit he eats whatever he wants. “If somebody told me that I live a year longer by eating nothing but broccoli and asparagus from now on,” Buffett said, “every day will seem like as long. I’ll stick with the Cheetos and the Coke.” 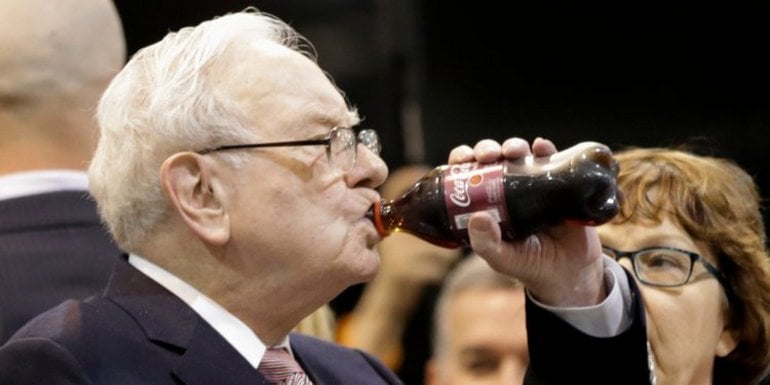 2. Buffett’s favorite meal is a cheeseburger with a Cherry Coke.

3. Buffett actually bought Berkshire Hathaway so he could fire its CEO.
In 1964, Buffett and the CEO of Berkshire Hathaway, then an Omaha clothing mill, agreed on a price for the company to buy back shares from Buffett. But when the official offer from Berkshire Hathaway came in at 12.5 cents per share lower than agreed upon, Buffett instead bought up a controlling share of the business and fired the CEO. 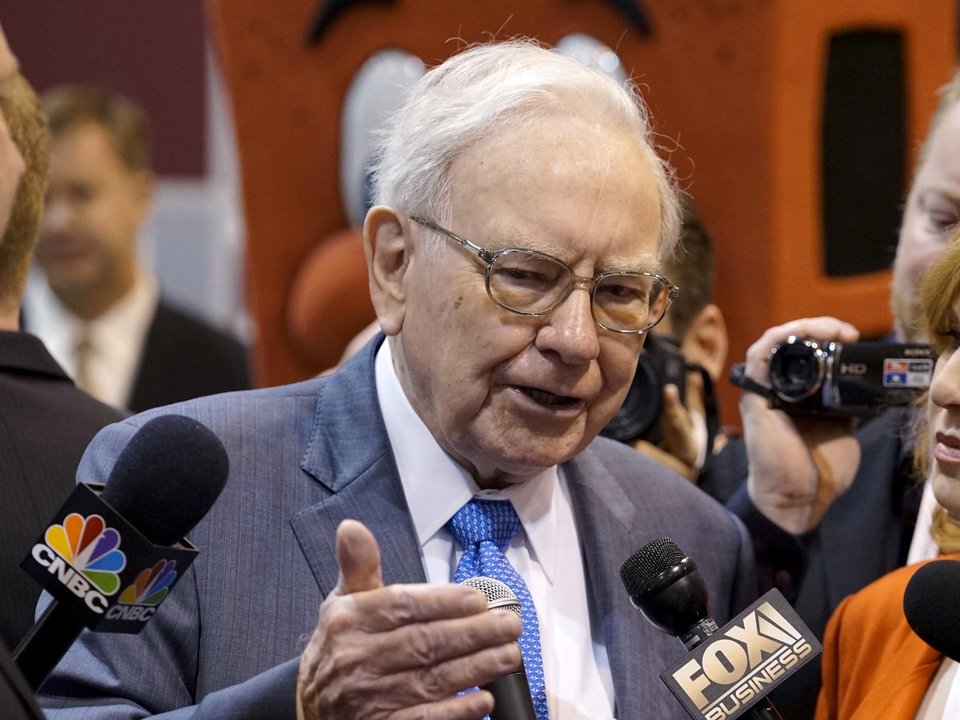 4. A salad dressing scandal set the stage for one of Warren Buffett’s biggest investment wins.
In 1963, a vegetable oil and salad dressing company borrowed $175 million ($1.2 billion today) from lenders like American Express against its inventory of oil. Unfortunately, the loans were fraudulent, as much of the the collateral oil was actually water with a bit of oil floating on top.

American Express lost millions on the deal and its stock fell 50 percent, according to Investing Answers. Buffett saw an opportunity and snatched up $13 million worth of AmEx shares, which soon recovered and grew in value over the years. They’re worth $7.8 billion as of 2011. 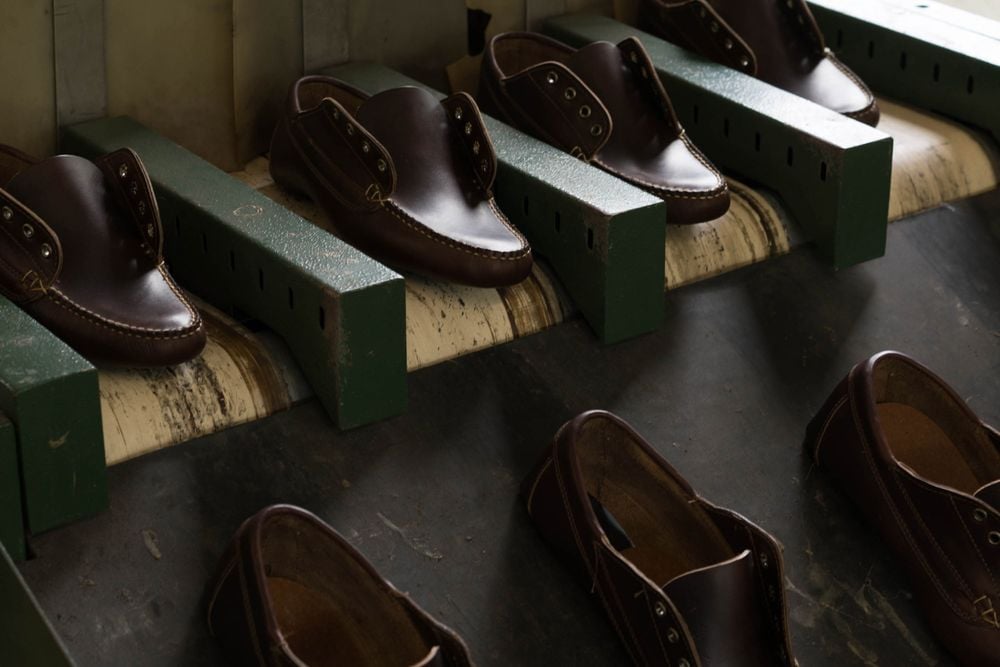 5. Investing $443 million in Dexter Shoe Inc. was “the worst deal that I’ve made,” Warren Buffett said.
He bought the shoe company with Berkshire stock in 1993, and the business lost its competitive edge soon after.

6. The Oracle of Omaha predicted his own wealth.
“I always knew I was going to be rich,” Buffett said. “I don’t think I ever doubted it for a minute.” 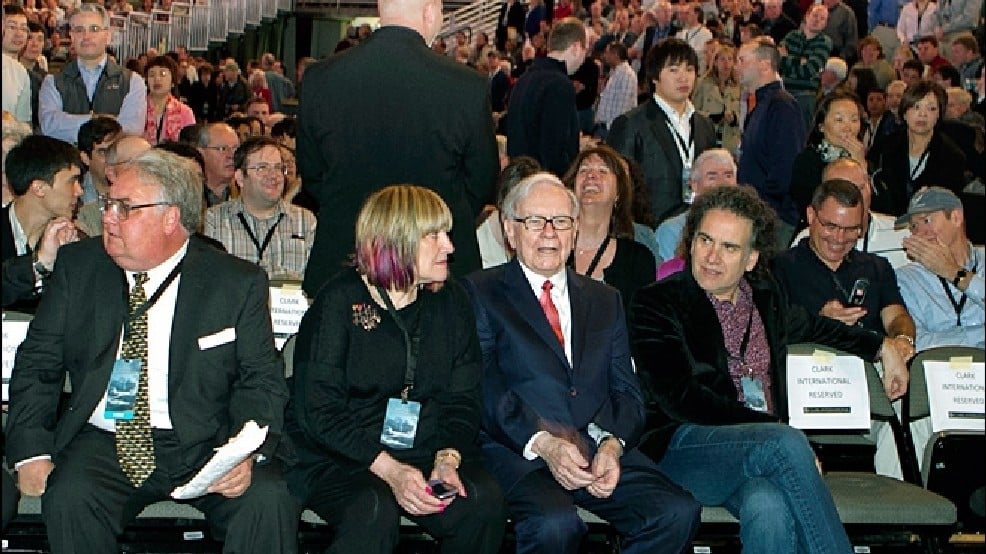 7. Buffett’s three children and their philanthropic efforts are his biggest source of satisfaction in life.
“I would say the most satisfying thing actually is watching my three children each pick up on their own interests,” Buffett said, “and work many more hours per week than most people that have jobs at trying to intelligently give away that money in fields that they particularly care about.” His children, Susan Buffett, Howard Buffett and Peter Buffett, run their own charity foundations.

8. He has donated a total $25 billion to charities.
He gives most generally to his kids’ foundations and the Bill and Melinda Gates Foundation. Buffett has pledged to give away 99 percent of his wealth rather than pass it down as an inheritance. 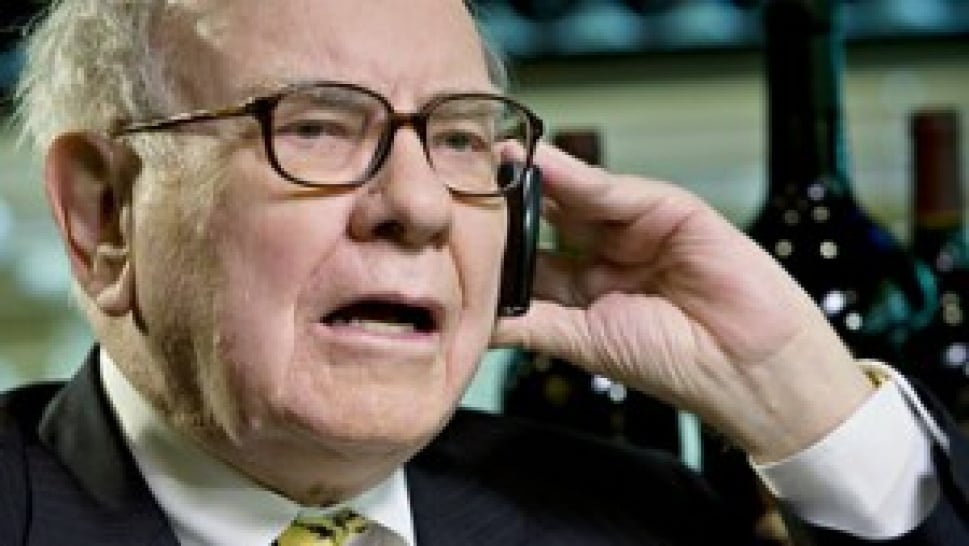 9. Warren Buffett carries an ancient Nokia flip phone.
He forgoes the latest and greatest smart phones in favor of the serviceable model. “This is the one Alexander Graham Bell gave me,” Warren Buffett joked on the Piers Morgan Show. It’s all part of his frugality, he said: “I don’t throw anything away until I’ve had it 20 or 25 years.”

10. Buffett has only sent one email in his life.
It was sent to Jeff Raikes of Microsoft, and Buffett said it was became his first and last email when it ended up in court. 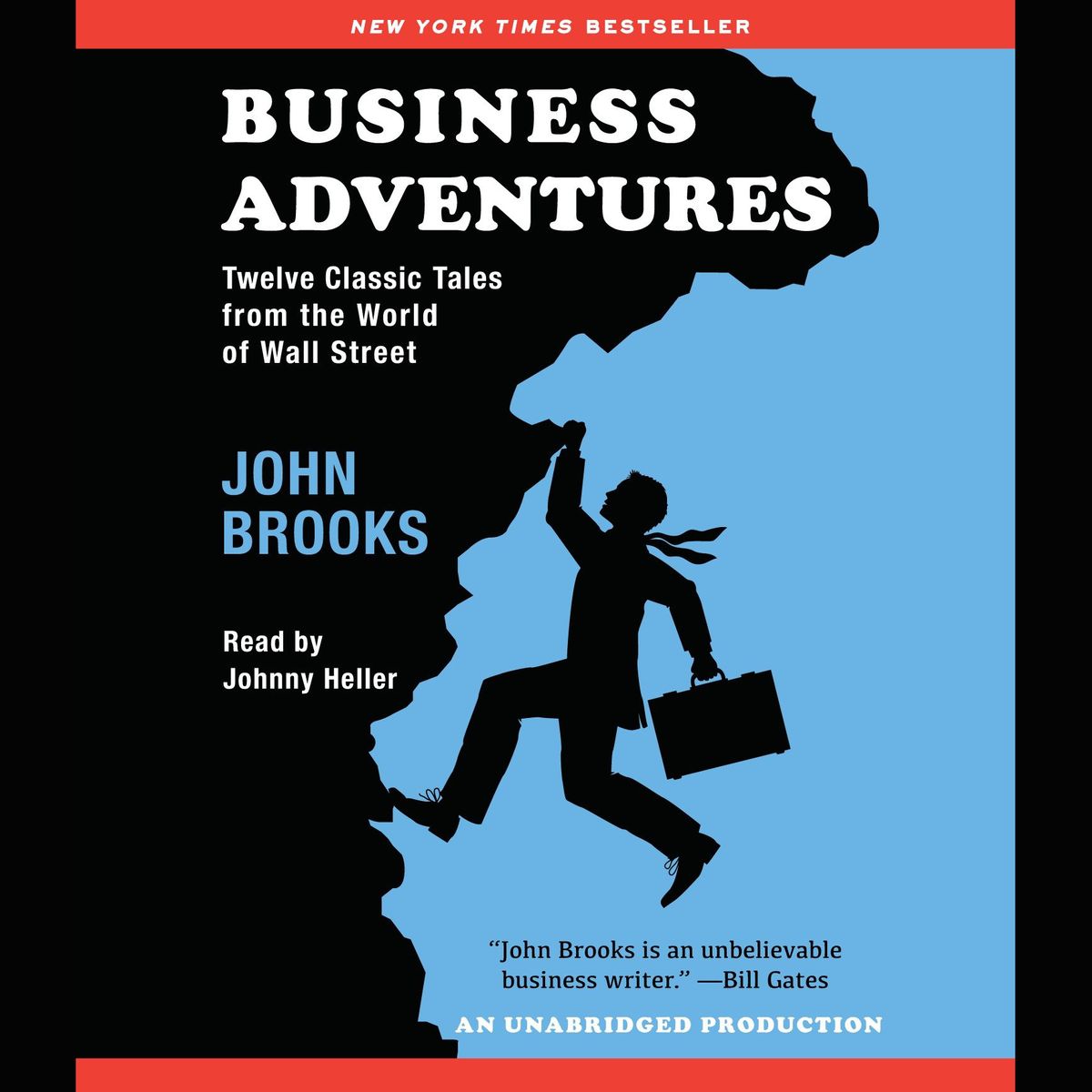 11. Bill Gates and Warren Buffett share a favorite book.
It’s a collection of New Yorker pieces titled “Business Adventures: Twelve Classic Tales from the World of Wall Street,” written by John Brook and first published in 1969. Buffett shared the book with Bill Gates in 1991, and Gates still calls it “the best business book I’ve ever read.”

12. He mulls over investments in the bath.
That’s where he thought through his plan to invest in Bank of America, according to CNBC’s Becky Quick. “He says he just dreamt this idea up on Wednesday morning while he was in the bathtub,” Quick said. Buffett bought $5 billion in BofA shares in 2011. 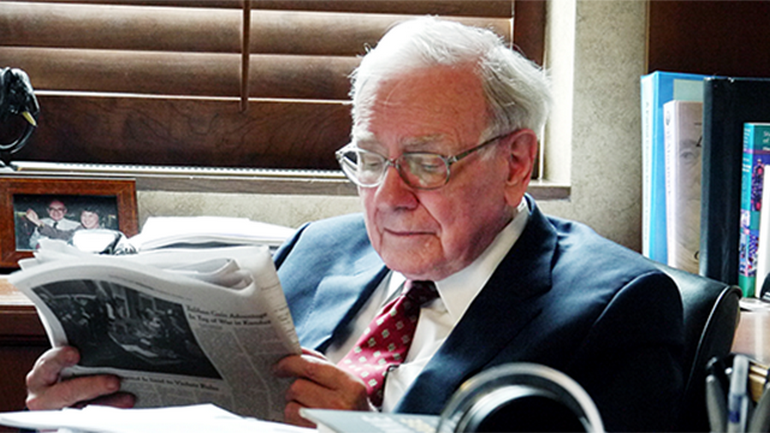 13. Warren Buffett spends 80 percent of his days reading.
“I just sit in my office and read all day,” Buffett told The Week. “Look, my job is essentially just corralling more and more and more facts and information, and occasionally seeing whether that leads to some action.” He read even more in his early career, working his way through 600 to 1,000 pages a day.

14. Gold is a bad investment with no real value, according to Buffett.
As he put it in a 1998 speech, the precious metal “gets dug out of the ground in Africa or someplace. Then we melt it down, dig another hole, bury it again and pay people to stand around guarding it.”

“It has no utility,” Buffett said. “Anyone watching from Mars would be scratching their head.”

15. Buffett made his first stock purchase in 1941, when he was just 11 years old.
He bought six shares of Cities Service for him and his sister, Doris. He learned one of his first lessons in patience; the stock fell right after he bought it, then rose again to slightly more per share than what he paid. He sold their shares, after which they jumped 500 percent, from $40 a share to $200 a share. 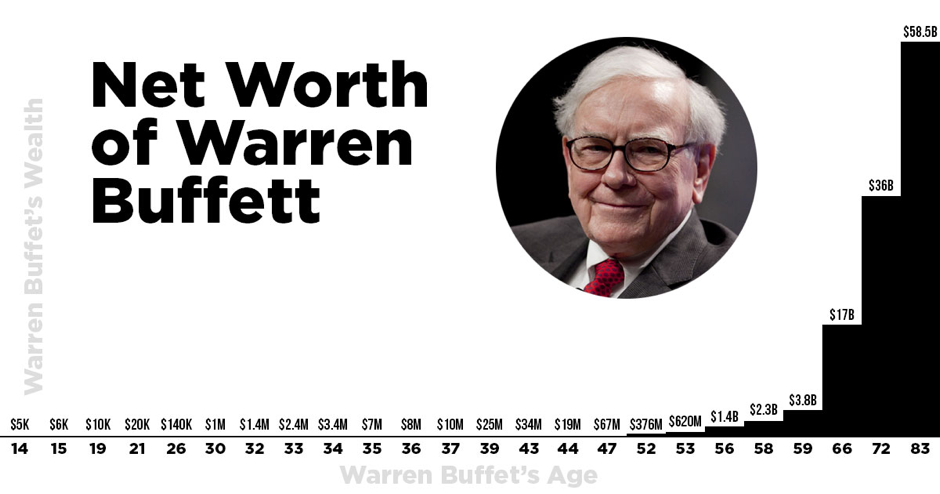 16. 99 percent of Warren Buffett’s wealth was earned after his 50th birthday.
Buffett is worth $63 billion today, but on his 50th birthday, he was worth just $300 million, according to The Motley Fool. That means he made $62.7 billion, or 99 percent, of his wealth in the years since.

17. For his first job, Buffett delivered newspapers for The Washington Post.
As a paper boy, he delivered nearly 500,000 copies of the paper to his neighbors in Omaha and made $175 a month.

18. As a young man, his investments included a farm and a pinball machine.
Buffett bought a 40-acre Omaha farm as a high school sophomore. His senior year he bought a used pinball machine and set it up at a local barber shop, and within months had expanded the venture to three machines. Within a year he had sold the pinball business for $1,200. 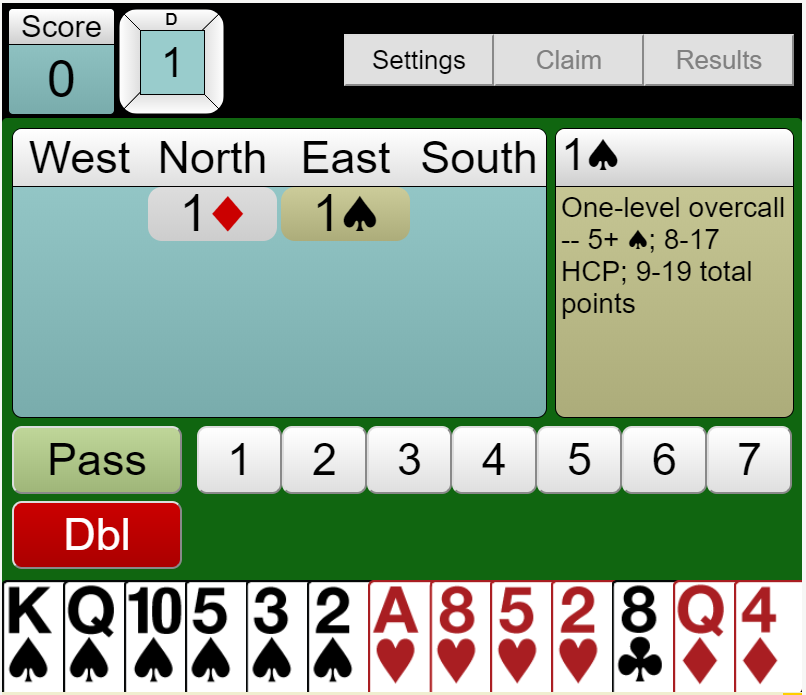 19. Playing bridge online is his favorite way to unwind.
Buffett plays under the name “T-Bone,” and has even competed in a tournament against fellow billionaire Bill Gates.

20. As an adolescent, Warren Buffett was a troublemaker.
He stole sports goods from the local Sears, got horrible grades and even ran away from home. He only straightened out after his father told him if he didn’t he would lose his paper route.

Tags from the story
Quora, Warren-Buffett