That Roger Federer is the king of tennis is a well established fact. But the man is a very potent brand name as well and has made Switzerland a proud nation. So now the nation is returning the favor by painting his hometown’s public transportation in his name. To date, he was just called FedEx (Federer Express), now the man actually has train to his name in his home town. Basel! Nationale Suisse has just launched the “Federer Express,” and for every kilometer that the train covers, the company will donate to the Roger Federer Foundation. But that’s not where the buck stops. Even the Vasel roads will see the FedEx stamp as he also gets a road named in his honor!

As Federer prepares for the ATP event in Basel, the western city of Biel can now name a street in the tennis hero’s honor. To be named as Avenue Roger Federer, once ready the road will lead to the new sports facilities and stadium in the city. Looks like Fedex is on the roll! 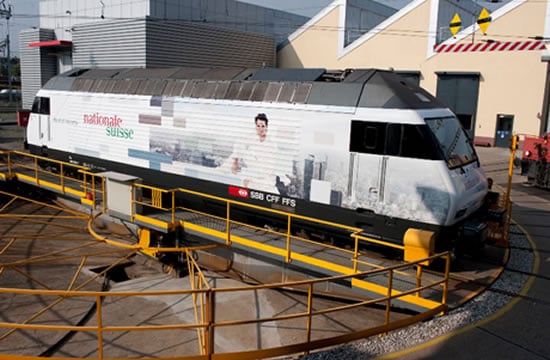