Remember we told you about Roman Abramovich’s Caribbean Island party headlined by performances by Black Eyed Peas? Well, here are the details of the $5 million New Year’s bash. Apart from the world’s most popular band performing, the party saw glamour galore at the quiet Caribbean island of St Barts. The guests who turned up included Salma Hayek, Demi Moore, British lingerie model-turned-actress Rosie Huntington-Whiteley, and revelers like Star Wars director George Lucas, chat show host Ellen DeGeneres, and movie mogul Harvey Weinstein. And for people who wanted to stay on the seas, the mighty heart had commissioned a fleet of superyachts, including one of fellow Russian billionaire Andrey Melnichenko.

Although the Chelsea Football Club owner known to throw lavish New Year parties, Abramovich, 44, and his wife Zuchova, 29, seemed to want some peace and quiet time as the billionaire looked bored amidst his strong 250 guest list. The previous day, Abramovich, his wife and son were seen heading to his nine-deck vessel which has the famed anti-paparazzi shield and infra-red lasers installed onboard. 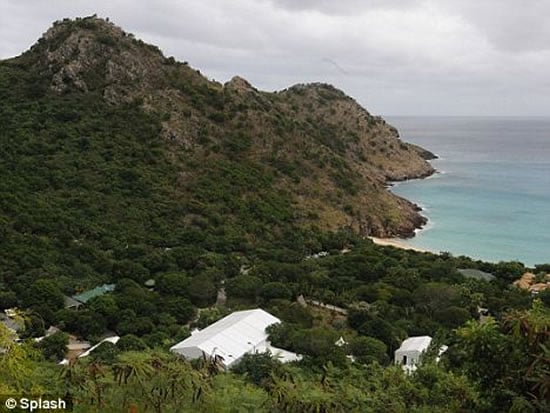 Tags from the story
Roman-Abramovich