The fantasy universe created by George Lucas couldn’t get any more regal than this. Princes William and Harry both confessed to being Star Wars fan and set off on a tour to discover the many props of the movie and also to interact with the cast and crew. While they seemed rather amused by the heads of alien beings and near-realistic effects and movements added to them. But that was hardly the highlight of the entire trip. 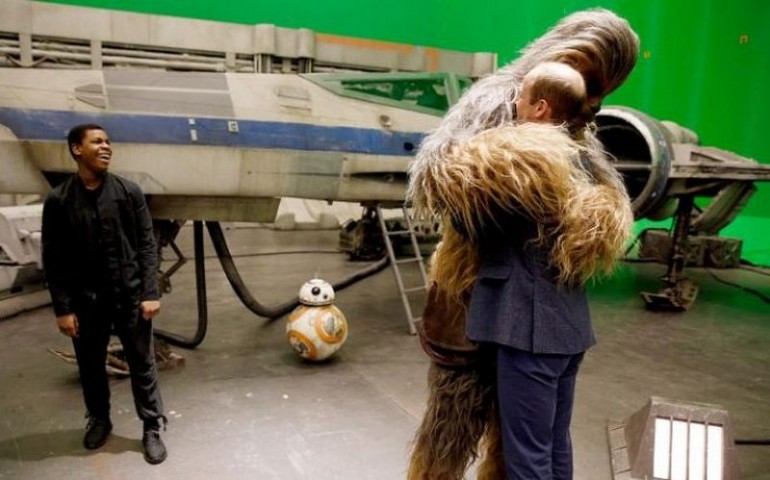 Prince Harry found a light saber and kicked it into action and challenged his brother to a duel. We feel sorry for the prince who ended with the red light saber, instantly reminding everyone out there about Kylo Ren. Harry aimed his lightsaber at his reluctant brother’s waist, but the Duke of Cambridge quickly stepped back. There was much mirth and hardly any venom in the fight as participants mimicked the sound of the light sabers as they clashed.
The princes also met good ol’ Chewbacca and asking him about him being a basketball player to which, actor Joonas Suotamo answered in the affirmative. The big, furry, co-pilot of the Millennium Falcon also engaged Prince William in a giant, bear hug. 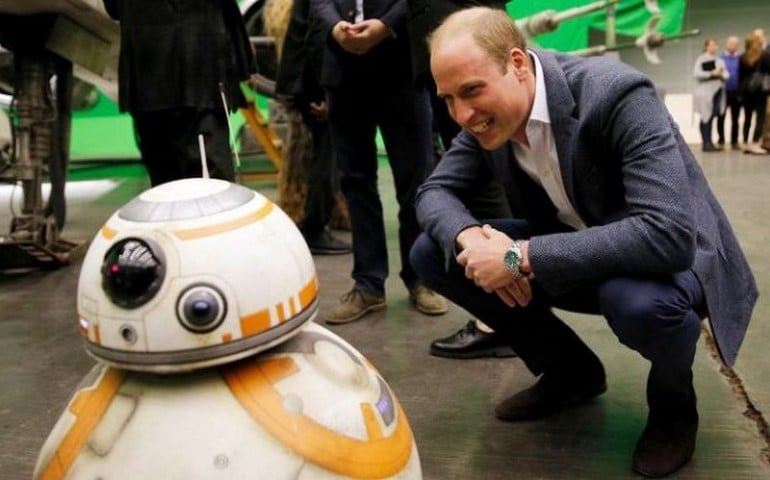 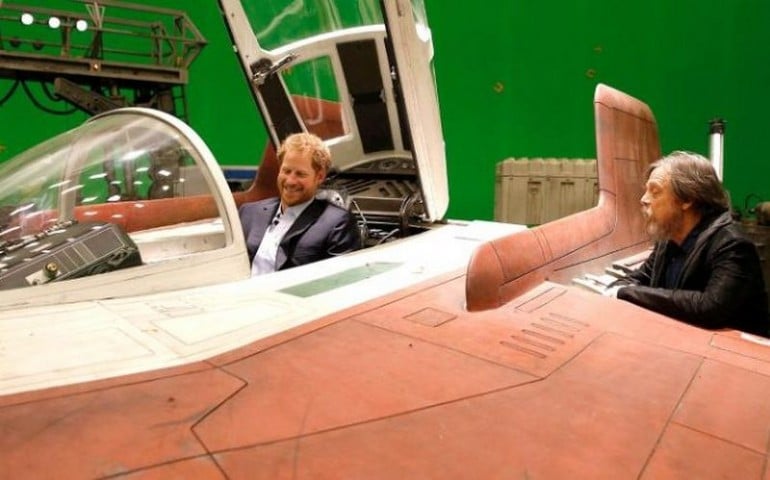 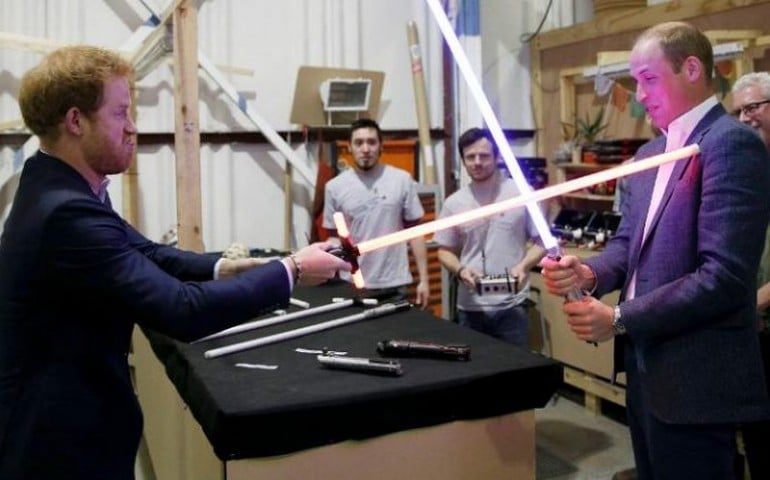 Tags from the story
Prince_William, Star-Wars