Two days after the Town Crier announced the arrival of Britain’s new princess, the Royal Mint announces the limited edition £5 coin to commemorate the little doll. Five hundred gold coins and 9,500 silver coins will be produced, while babies born on the same day as the princess will be given a special silver 2015 silver penny. Great news, this. Celebrating life is always a wonderful thing, more so than a visit to a frozen foreign country or silly games. 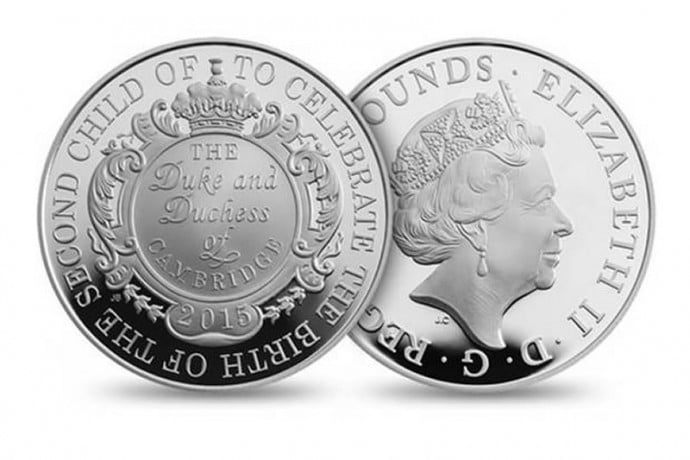 The Royal Mint continues tradition with the new coin on behalf of the princess, after a similar treat for her elder brother George and also for their parent’s wedding. While this is a ritual for the royals, lady luck has struck other babies born on the same day too. Like little Sofia who was born at the Chelsea & Westminster Hospital in London, three hours after the princess. Other parents are being invited to register the birth of their baby on Royal Mint’s FB page.

The Royal Mail has also joined in the celebrations by issuing a postmark which will appear on its letters across UK from tomorrow, for the first time since it began 500 years back (500!). It will read – ‘Congratulations TRH The Duke and Duchess of Cambridge on the birth of their daughter’.

They could have waited for the baby’s name to announced, though, mefeels.

Tags from the story
British-Royal-Family