Tom Brady was recently announced as the brand ambassador of Tag Heuer. Jean-Claude Biver, President of the LVMH Group Watch Division and CEO of TAG Heuer delivered the thrilling news at the unveiling of the Carrera – Heuer 01 in New York on Tuesday night. The star quarterback of the New England Patriots is yet another sportsmen to be roped in by the brand; in the past, the watch connoisseur has brought on board, an impressive list of personalities including Cristina Ronaldo and Tiger Woods. 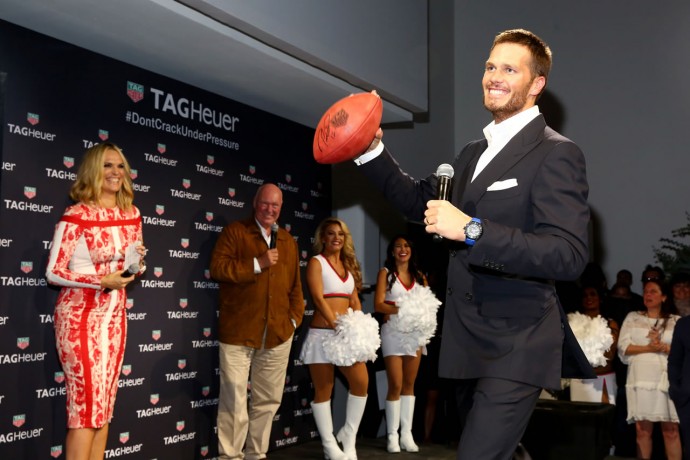 Brady unveiled the novel Carrera – Heuer 01, a timepiece that pays a tribute to the brand’s legacy and symbolizes the progression of the Calibre 1887. First of a newly crafted collection, the Carrera – Heuer 01 entails an innovative case, structure, design and calibre. While the dial side reveals the chronograph controls and openwork date disc. 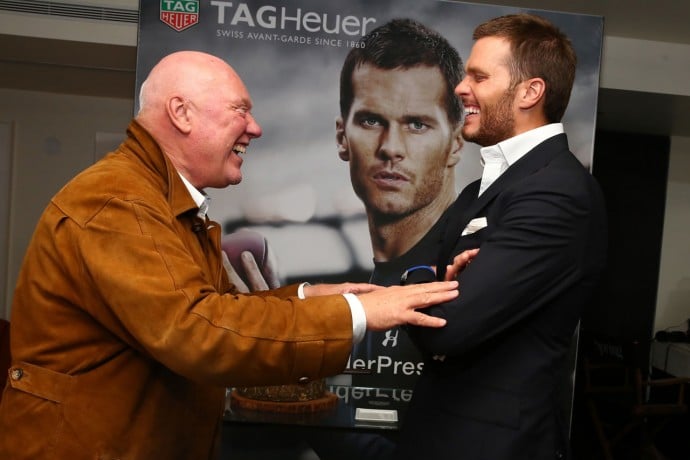 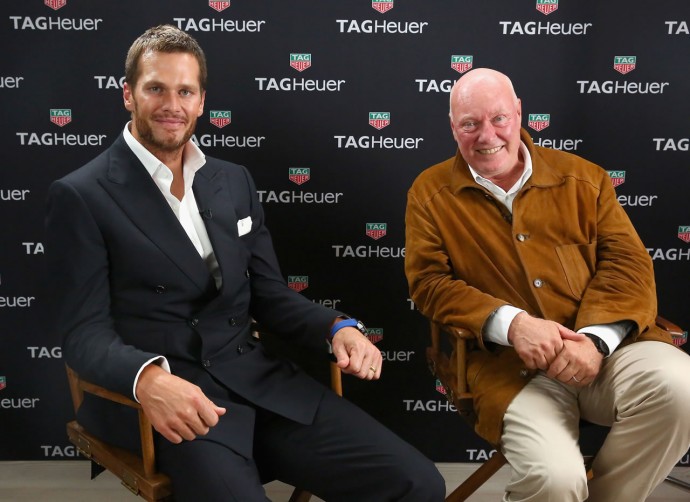