Proving that bizarre sells is news of a Donald Trump statue that is currently listed on Chinese e-commerce websites for purchase. The décor piece shows the former president seated as the Buddha in a pristine white avatar of sorts. 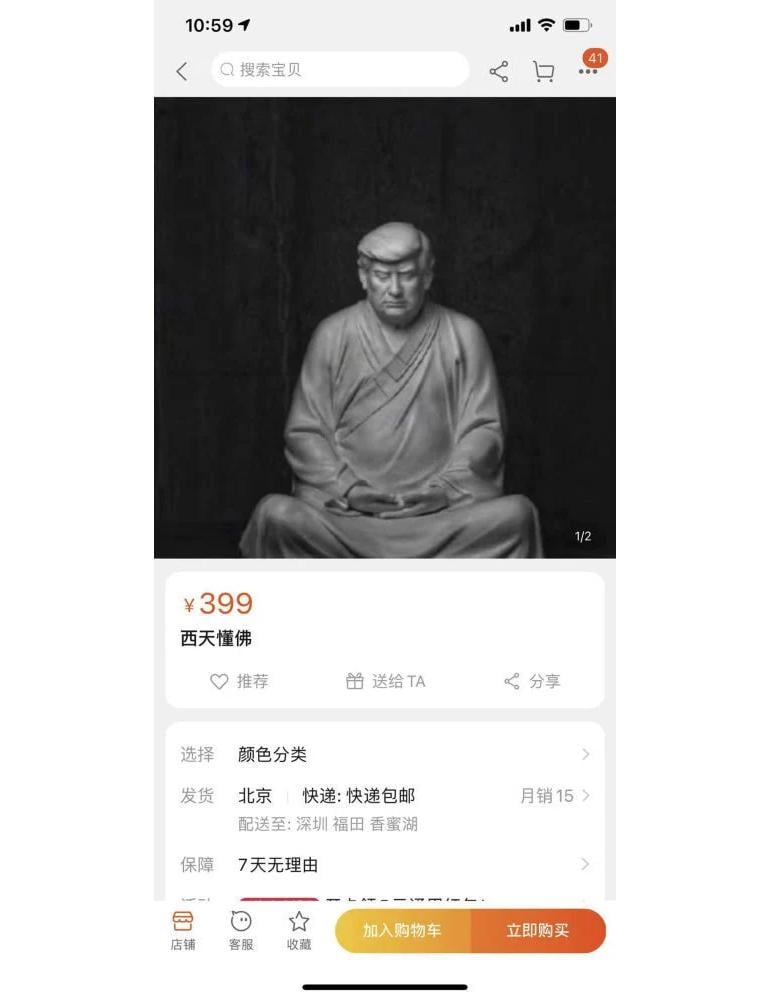 The statue portrays a demeanor that is hardly relatable with the Republican leader. It shows him with his face lowered and hands resting together on his lap with eyes shut, in an almost meditative mode. It is available in two sizes – 4.6m and 1.6- each priced at $616 and $153 respectively. 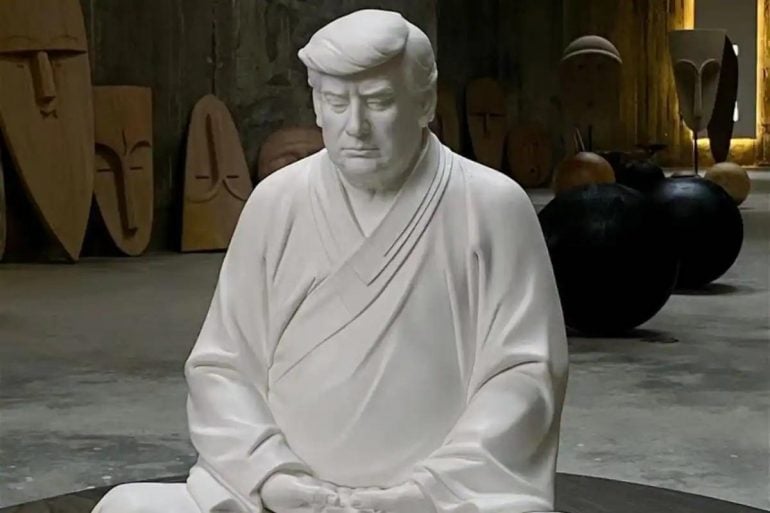 According to the Xiamen-based seller, the statue is reminiscent of Trump’s slogan “Make America Great Again” and is therefore sold with the tag “make your company great again”. Only 100 pieces of the sculpture are currently available for sale, with more than a dozen already sold out!

Commenting on it, an anonymous buyer in a statement said, “Trump can also be regarded as a representative of an era and extreme egoism. Now the era has passed but I want the statue to remind me: Don’t be too Trump.” If buying the trump ‘buddha’ statue interests you too, head over to the Chinese e-commerce stores before stocks burn out!