I wouldn’t be bothered if you found the Swarovski studded designer iPod Touch too overpriced because there is a far better option to consider: The Elton John iPod nano. But this one has a good purpose too; it is intended to raise money for the Elton John AIDS Foundation. They are decked up with Swarovski crystals (for they knew that there was half a million crowd going bonkers with it) and rolled them out in sassy colors such as black, green, orange, pink, purple, red, silver, or yellow.

READ:  Studded with thousands of Swarovski crystals this tudung by a Malaysian Hijab company is the most expensive of its kind in the world

The Elton John Swarovski encrusted iPod nano’s are available in limited edition of 100 for each color at Goldgenie and Selfridges. The 8GB version is priced at $566 and the 16GB model retails for $638, the luring factor being: Goldgenie is throwing in Rocket Man, the definitive hits series with every order. 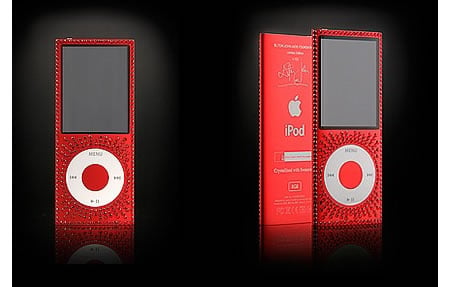 READ:  World's first luxury residential project done up by Swarovski will come up in India
Tags from the story
Apple-iPod, Elton-John, Swarovski

Flashy Fashion at its best: Balenciaga re-introduces its LED sunglasses

By the end of this decade, rich tourists will be able to vacation on the…