If one person is only growing younger with age, it has to be Hollywood’s tough guy, Sylvester Stallone. The star in his 60’s has definitely not let age slow him down in any way. Besides starting shooting for the fifth Rambo film, Sylvester Stallone was recently spotted enjoying life in the fast lane in not one but two new cars. Looking as mean as his machines, and carrying a cigar and what appeared to be a birthday card saying ‘Age Ain’t Nothin,’ Sylvester took his new custom-made Mustang GT for a Sunday drive in Los Angeles. The star who looks like he is on a spending spree was spotted just a week back in another of his newest purchases – a classic Oldsmobile.

I can just imagine the song “18 till I Die…” playing every time the muscleman zooms off in one of his cars. 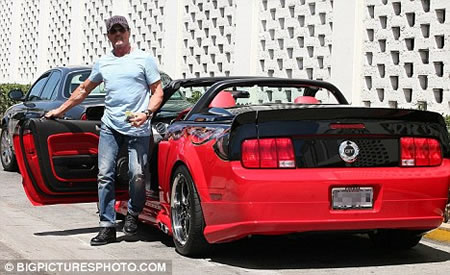 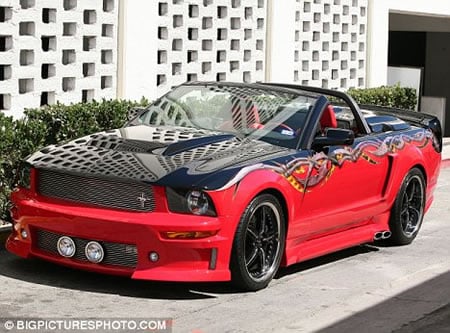 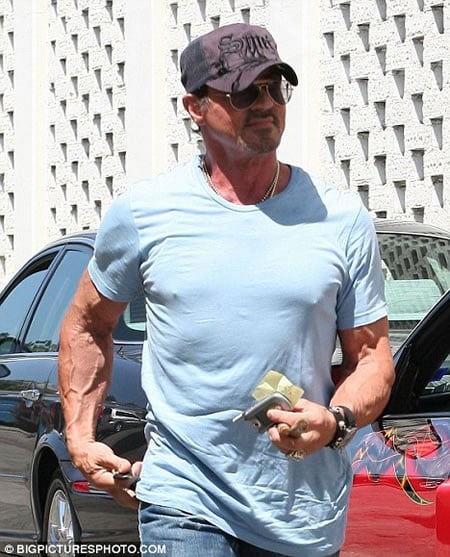