The rich and famous of our society definitely have their heart in the right place. A galaxy of stars, famous personalities, designers have created unique Build-A-Bear Teddy’s that will be auctioned off and the proceeds of which will be used towards Operation Bobbi Bear. This charity works on behalf of sexually abused and victimized children by helping to minimize the risk of HIV infection, ensuring their health and well being and getting their attackers to justice. 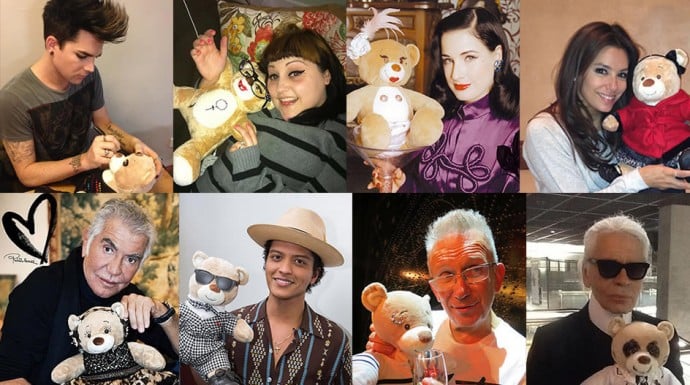 The list is long and star studded. Bill Clinton, Elton John, Sean Penn, Nicole Kidman, Sharon Stone, Janet Jackson, Robert Cavalli, Adrien Brody are just a few of the names who are designing teddy’s and supporting this cause. The auction was held at Sotheby’s New York and the response has been absolutely overwhelming. Now is the time to own a teddy bear designed by your favourite personality.