Drake’s net worth hiked up by more than half a million dollars on Tuesday night, when the Toronto Raptors gifted him a custom-made diamond OVO jacket. The Canadian basketball team gifted Drake the bespoke garment before the 4th Game of the NBA Finals, paying homage to their team ambassador. A ritual embraced by the team since the last four years, the jacket gifting has become an annual phenomenon.

You don’t worry ‘bout fittin’ in when you custom made. #WeTheNorth pic.twitter.com/KtxU4Uwmka 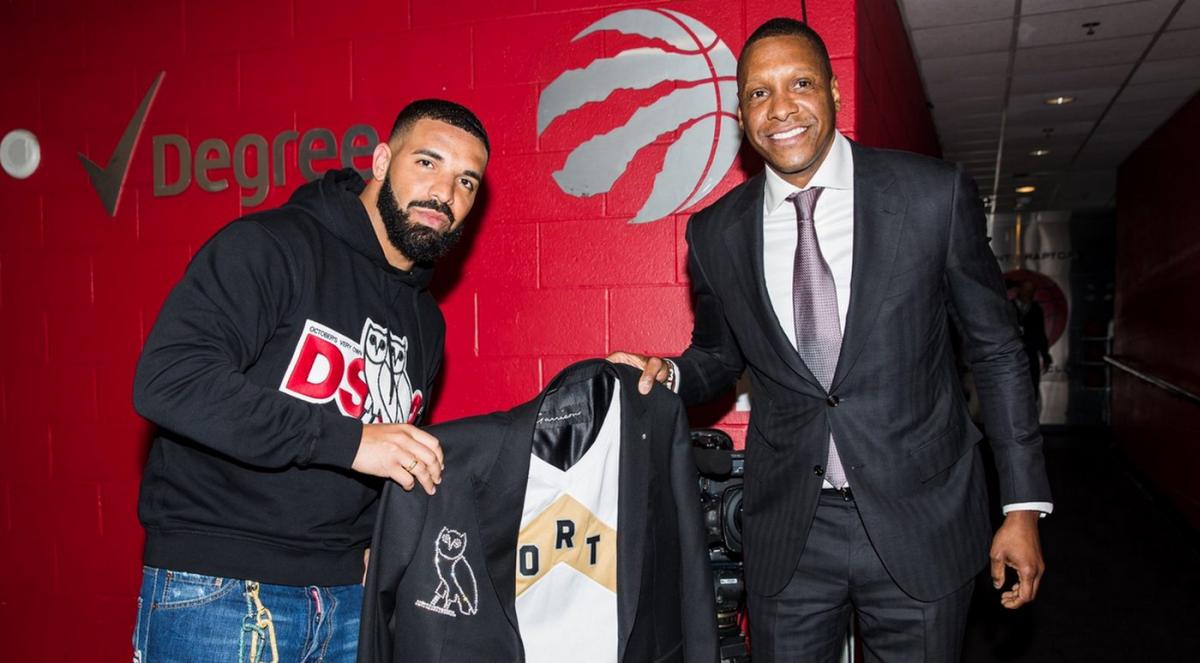 While the jacket was sourced from a French mill by Toronto’s Garrison Bespoke, the OVO logo on it was encrusted with diamonds from the Diamond Foundry. 235 diamonds have been hand-embroidered on the one-of-a-kind sports jacket, which was gifted to Drake by the Raptors president Masai Ujiri.

Up Close: @drake’s OVO jacket presented to him by the @raptors tonight. pic.twitter.com/pPa1A7JVAy

“This is truly a 1 of 1 piece,” Michael Nguyen, the clothier behind the jacket said. “Both the jersey inside, which Drake himself helped design, and this very special piece of cloth. And the diamonds, of course.”

The Raptors shared the special moment via Twitter with the caption, “You don’t worry ‘bout fittin’ in when you custom made. #WeTheNorth.”