The Trump presidency may be causing stress all over the world, but there’s no denying that many artists and creatives are finding innovative and increasingly entertaining ways to protest the world leader. In fact, in preparation for Trump’s visit with British Prime Minister Theresa May, a 6 meter high balloon designed to resemble Trump has been created to be flown over London’s Parliament Square on the day of his visit. 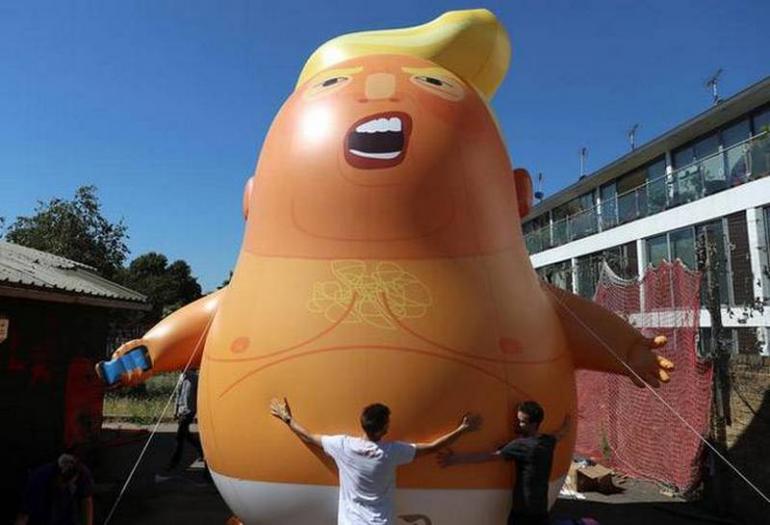 The balloon is of course a hilarious caricature of the US president, featuring him wearing a diaper clutching a cellphone in one of his so-called tiny hands.

The balloon cost a whopping £18,000 and the money was raised through a crowdfunding campaign by a group of activists.

The helium balloon will be allowed to fly for two hours on the morning of Friday 13 July, the same day Trump meets with Theresa May.

Trump supporters may be loud, but Trump rivals certainly are creative!