Known for his cheeky (sometimes shocking) designs for his own label as well as Moschino, Jeremy Scott is no stranger to quirky style. His LA home is a tribute to both laid back California living, as well as the campy and animated designs that he creates and recreates in his collection. He invited Vogue inside his home, a futuristic structure designed by California modern architect John Lautner. 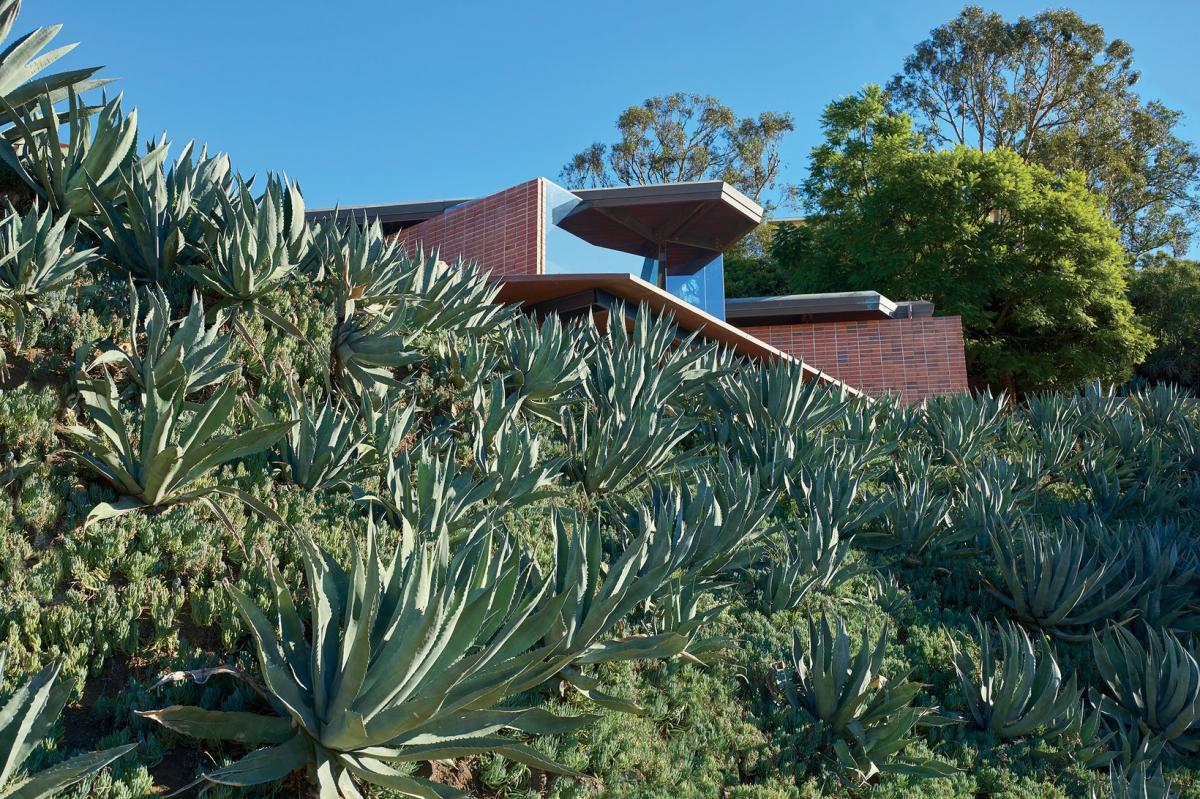 The house offers sweeping views of the best parts of LA: downtown, the ocean and even the Valley. 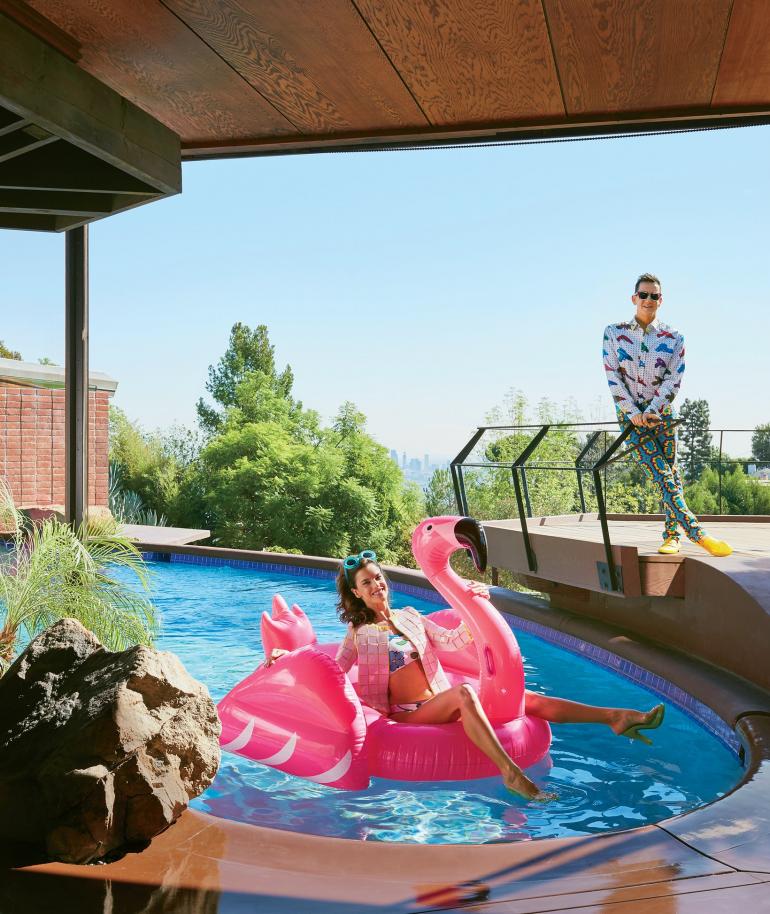 The curving pool arcs into the living room, and a hydraulic powered wall can be swung open to reveal the outdoor terrace. 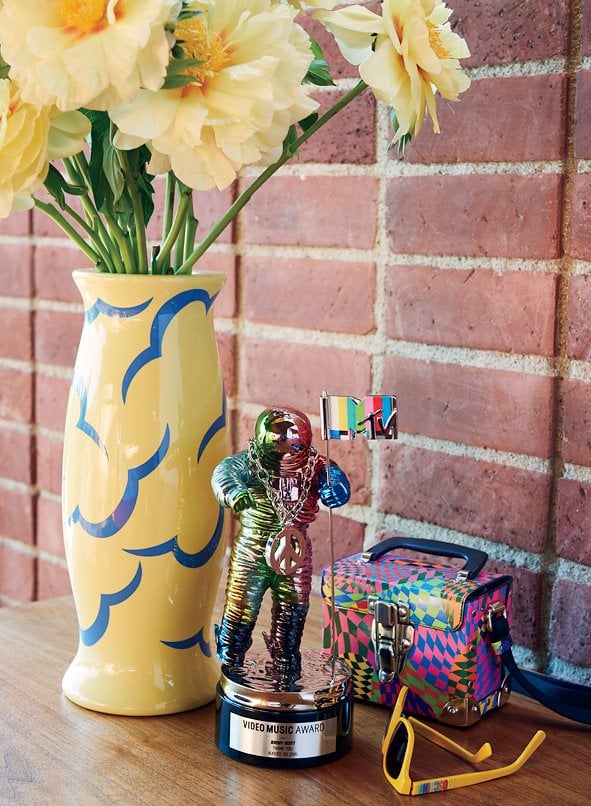 Colorful details abound, including this MTV VMA Moonman which Scott was asked to redesign. 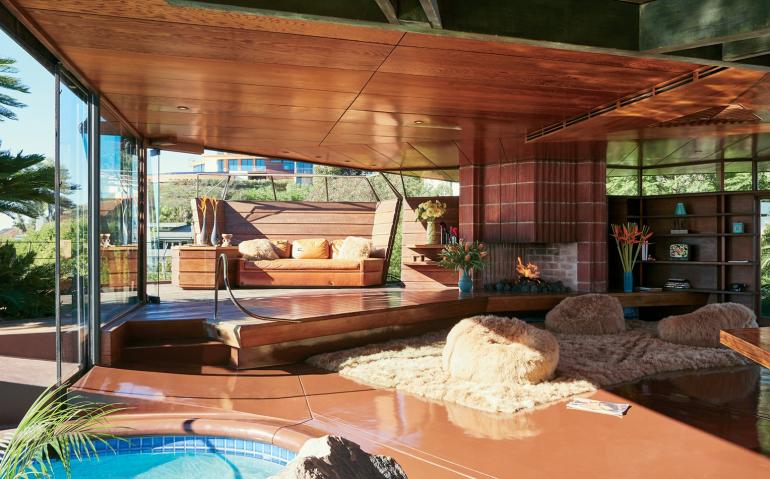 Furnishings are simple, but the Mongolian-lamb beanbags inject some personality into the indoor/outdoor room. 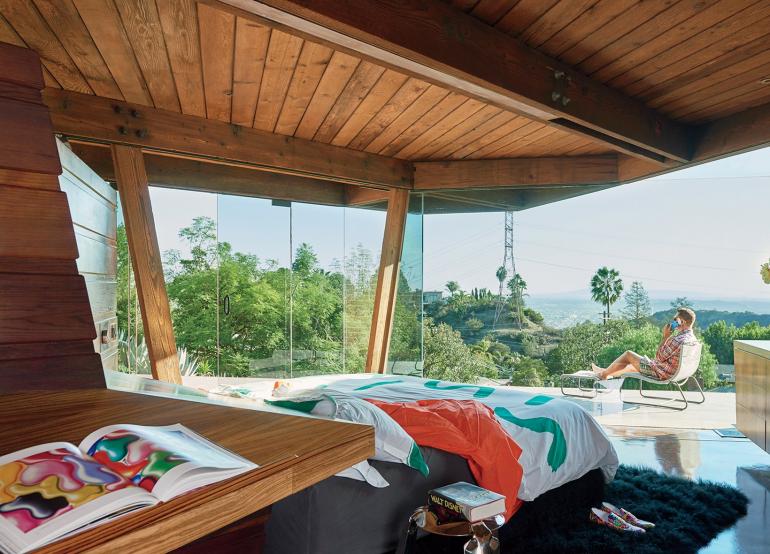 Scott chose to live in LA partly because he believed he would be an outsider in Paris but he has since fallen in love with LA and calls it the quintessential American city. 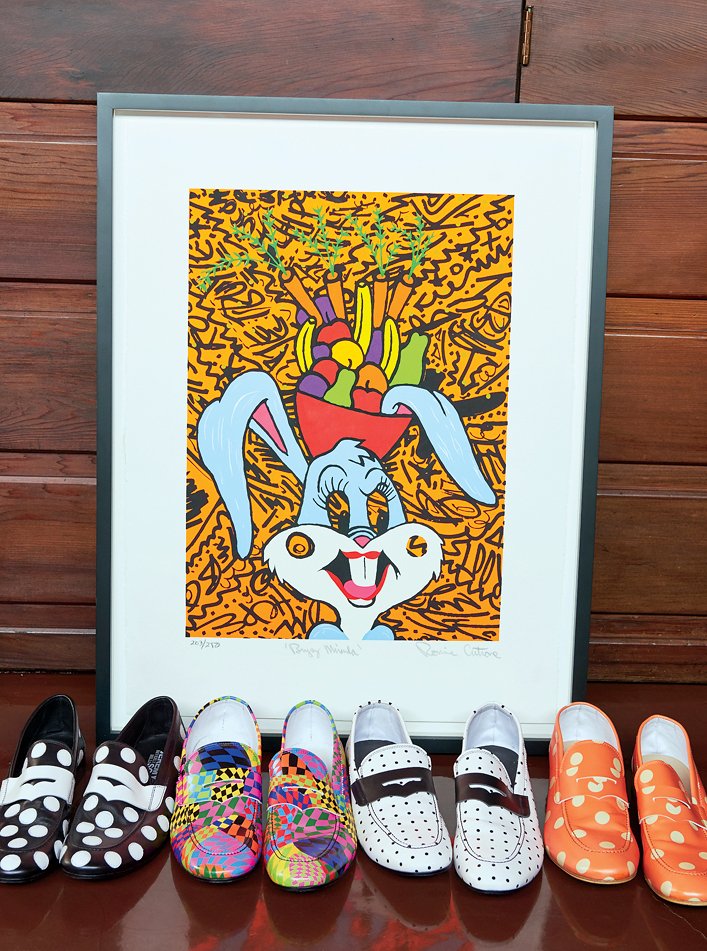 His signature wild prints and colors make an appearance here and there. Above are shoes from Scott’s own footwear collection.

We love this house with its sensational views and modern design. It’s hard to believe itb was built in 1947!