Just like North Koreans sport a lapel badge featuring the portrait of former leader Kim Jong Il on their work clothes and during occasions out of pure loyalty, Trump supporters will do the same by carrying red and gold card ‘Trump cards.’ Why? Did you ask? Because Donald Trump wants them to. The statement did not outline exactly what entitled one to carry a Trump card, but clicking on your favorite design brought the user to a fundraising page. Trump supporters received two emails on August 4 asking them to get on board by carrying the red and gold cards. It’s like a badge of honor, a declaration of your team that looks like credit cards and bears the former President’s signature.” 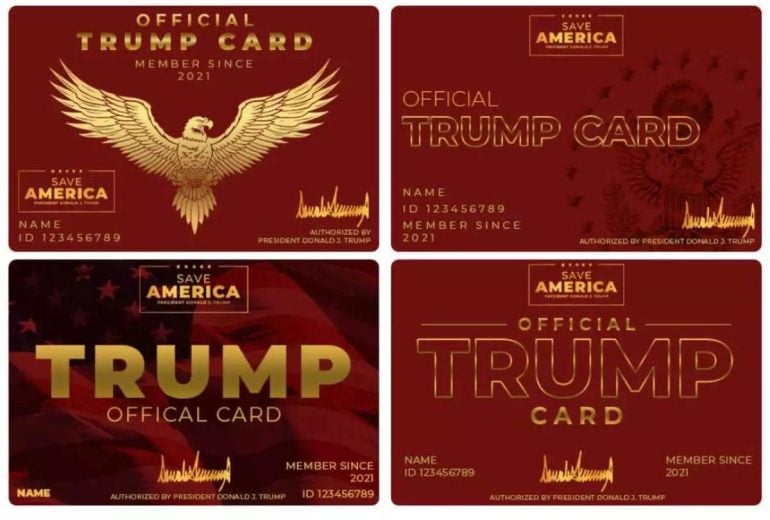 The first email stated, “Patriots will carry the card you select all around the Country. They will be a sign of your dedicated support to our movement to SAVE AMERICA, and I’m putting my full trust in you.” there was a follow-up email too which read, “We’re about to launch our Official Trump Cards, which will be reserved for President Trump’s STRONGEST supporters. We recently met with the President in his Florida office and showed him four designs.” The email continued, “Originally we were planning on releasing just one design, but when President Trump saw the cards on his desk, he said, ‘These are BEAUTIFUL. We should let the American People decide – they ALWAYS know best!'” 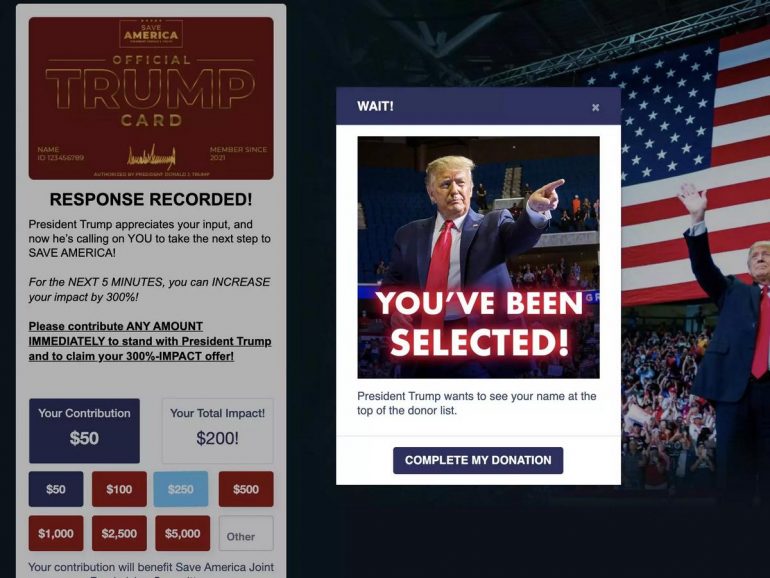 This is the latest addition to the aggressive campaign. Earlier, Trump’s campaign announced they were selling signed photos of Trump for $45. It’s undoubtedly no secret that Trump aims to run for President in 2024. Journalist Michael Wolff, the author of three books on Trump, believes that Trump never accepted his defeat and assumed the position was stolen from him. Wolff told Insider, “Now, whether he has managed to successfully convince himself or whether from the get-go he was so focused on hearing what he wanted to hear, he is absolutely certain. Absolutely certain that he won the election and that if he did not win it, it could only be that it was stolen from him.”

READ:  Jennifer Lawrence pulls a, well, Jennifer Lawrence as she trips on the Academy Awards red carpet in Dior
Similar efforts are witnessed with Donald Trump Jr., the former President’s eldest son and top surrogate who aggressively defends and promotes his father on $500 Cameo videos. Getting the card to show you are a Trump supporter will be a cheaper option for sure.
Tags from the story
Donald-Trump