Celebrated fashion designer – Oscar de la Renta is remembered for his magical contributions to the world of American glamour. After spurring stunning fashion for America’s first ladies, the style icon is now set to bedazzle the U.S postal stamps for the upcoming year. As a continued endeavor by the country’s postal service to honor art and its worthy bearers, De la Renta will be seen on a series of 11 unique stamps in the year to come.

The exclusive pane will feature a black-and-white photo of De la Renta on one stamp (shot by Inez van Lamsweerde and Vinoodh Matadin), while the remaining 10 will showcase detailed shots of his most famous work. Designed by art director Derry Noyes, the assortment contains some of the most beautiful brightly colored floral prints and ruffled hems from his iconic gowns. The initiative is in confirmation of the country’s effort to appreciate art immemorially and in all forms. As remarked by Mary-Anne Penner, the director of stamp services at the U.S. Postal Service, “The new year is shaping up to be exceptional as the Postal Service continues to produce stamps that celebrate the people, events and cultural milestones that are unique to the history of our great nation.” 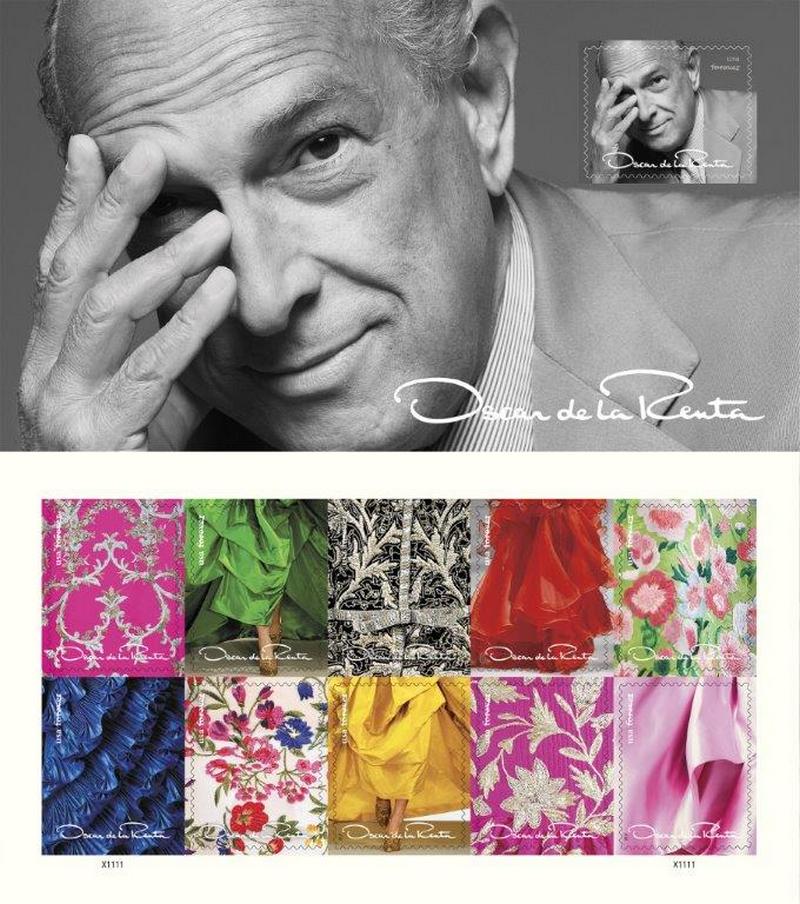 De la Renta, whose magnificent gowns and dresses have been a regular companion for the red carpet, died in 2014 at age 82, after fighting a long battle with cancer. Some of his memorable contributions include Laura Bush’s blue gown for the 2005 inaugural ball, Nancy Reagan’s bright red gown to the President’s Dinner in 1988, and Michelle Obama’s printed blue gown for the 2015 Kennedy Center Honors. As rightly summed up by Donatella Versace, De la Renta will certainly remain the “American fashion royalty” for years to come.