Running the show at Amazon could bring you great rewards – a little over $200 billion to be precise! Yep – that’s what the company’s CEO and business maverick Jeff Bezos’s net worth looks like. As per the Bloomberg Billionaires Index, he is now the first man on earth to cross the $200 billion threshold. 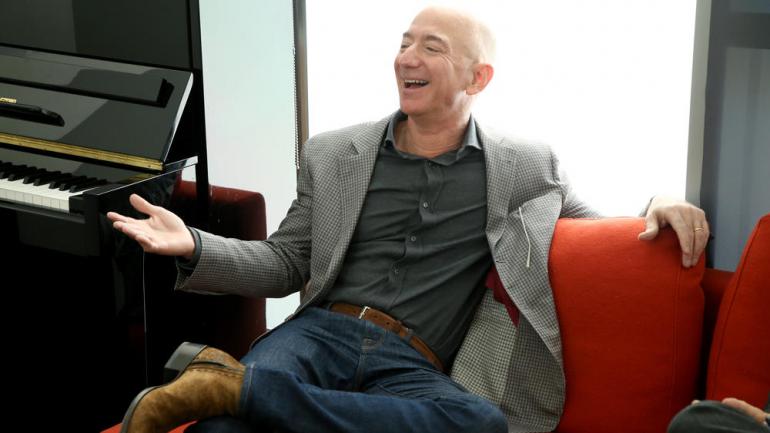 As per the Index, Bezos is also $78 billion richer than Microsoft co-founder Bill Gates, who is the second richest in the world in terms of net worth. The 56-year-old business tycoon reportedly owns an 11.1% stake in the $1.68 trillion multinational company. His personal wealth mostly consists of Amazon stock and is said to have increased massively in the past couple of years.

READ:  The strange back stories and blunders on of Instagram, Amazon, Netflix and Wikipedia. Janet Jackson's infamous wardrobe malfunction was a trigger for the creation of Youtube

The pandemic has also fueled Amazon’s growth by a large margin with consumers turning online for even their most minuscule needs. It apparently hit record highs in April, giving investors a gain of over 86% for the year. The company is currently worth more than $1.7 trillion which makes it the second-most valuable company in the U.S, next to Apple.

READ:  From Jeff Bezos's $185M estate to the $125M mammoth home of WhatsApp founder Jan Koum - Here are 9 most expensive homes sold in the US for 2020

As per reports, Bezos (who became the richest man in the world in 2017) could have achieved his current net worth much earlier had it not been for his divorce Mackenzie Scott in 2019 when she received a 4% stake in Amazon. And if experts are to be believed any further, Mr.Bezoz is already on his way to become the world’s first trillionaire by 2026! Talk about big bucks!