New York’s well-known architect Daniel Libeskind in association with the Austrian lighting company Zumtobel has created the limited-edition eL Masterpiece chandelier that will leave you spellbound. The stupendous 350-pound chandelier is roughly nine feet tall and two-and-a-half feet wide. An incandescent, cutting-edged, curiously shaped chandelier, the eL Masterpiece has a highly-polished stainless steel exterior and a stainless-and-23-carat-gold-plated-leaf interior. Its beauty lies in the seven color scenarios, for which 1,680 specially designed LED modules have been used.

All you need to do is set it up wirelessly via a special iPad app that activates individual built-in mechanisms attached to each module. The magnanimous idea behind the various color scenarios is to portray the cosmic light that fills the universe.
There is some science behind this cosmic idea, which was derived from a complex algorithm developed by astrophysicist Dr. Noam Libeskind (son of Daniel) from the Leibniz Institute for Astrophysics Potsdam. It’s wonderful, actually, how the formula has been used for LEDs to tell the story of how light came into being.
Dr. Libeskind ran state-of-the-art simulations, and that’s the story behind one billion years being compressed into a single second so that eL Masterpiece lights up this history of the cosmos in 14 seconds.
Making its debut at the Art Basel Miami Beach eL is only the fourth in Zumbotel’s Masterpiece series of creative and technical innovations. 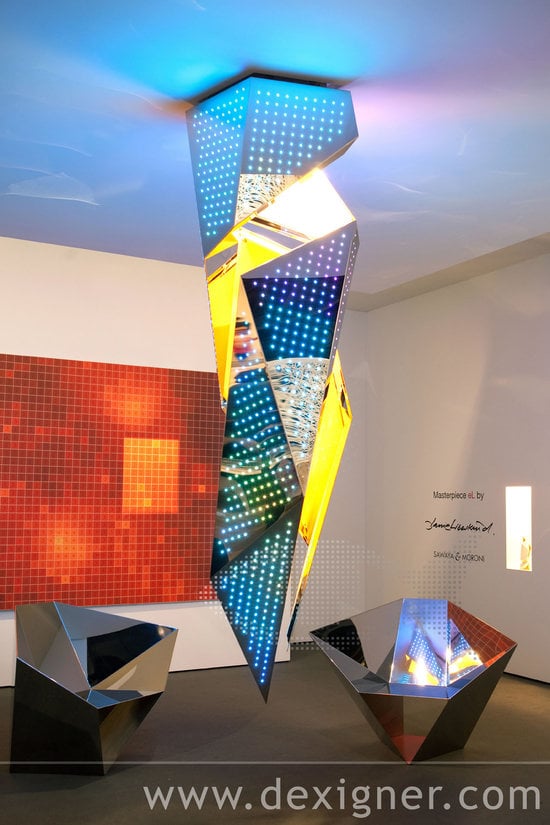 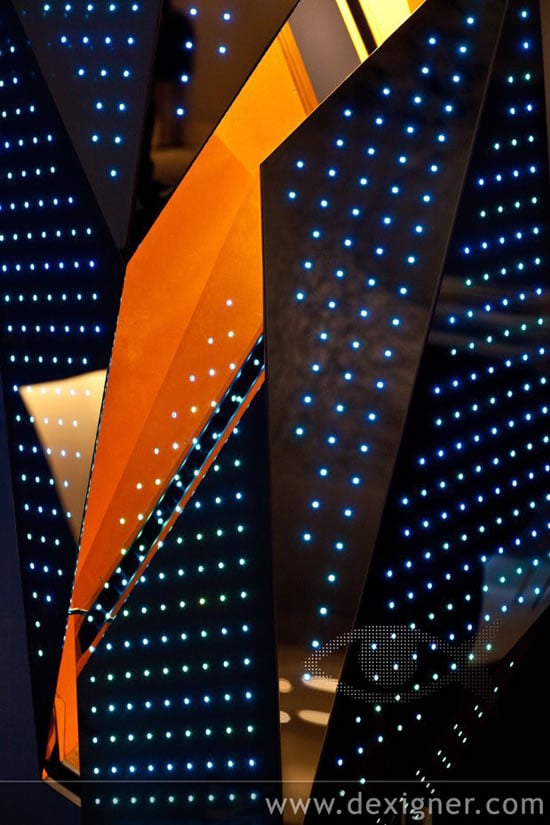