Telling the time has gotten easier in the last few decades. It all started with huge grandfather clocks that begot wall clocks that begot wrist watches that begot digital wrist watches (that saved the energy and time of those who felt that looking at the wall was too tedious). Watches started crawling into cellphones as a default feature and then made themselves commonplace on every computer desktop. They also crept into other household items and here we have something that bears witness to the dominance of timepieces. Here we have a masterpiece by Lee J Rowland. He has created a cool table that has a digital LED clock. The clock has a touch button that’s programmable. What more could you ask for in an age that doesn’t even allow you look at your wrist for the time while eating food, leave alone the ancestral days when the walls told the time.

The design of the Rowland Art Engineering Giant LED Clock Table is inspired for. 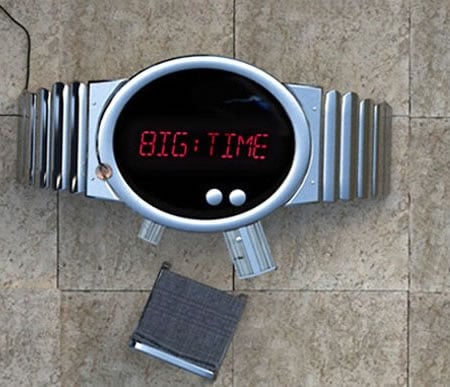 As no one is flying anymore, Singapore Airlines is converting its uber luxurious business class section on the Airbus A380 into a fine dine restaurant

Dream job comes true: Soneva Fushi, a stunning luxury eco-resort in the Maldives is looking for a ‘Barefoot Bookseller’ to run their island bookshop for 6 months