Crystal producing giant Swarovski collaborated with award winning interior designer and architect Joyce Wang to create a spectacular work of art in the form of a crystal chandelier. But don’t confuse this with any regular ceiling decorative fixture. This oval egg-shaped capsule casing holds within it 60 Swarovski crystal spikes and 300 Swarovski crystal beads and the overall effect the capsule gives is that of a kaleidoscope once the light is switched on. The piece is titled Oculus which was roused by the ancient Roman and Byzantine oculus that was very much a part of the architecture then. The oculus or ‘eye’ was just a hole in the wall or usually ceiling to let light, rain and cool winds into the closed room or dome. The Oculus is definitely one of a kind and will join the likes of De Majo’s asymmetrical gold-plated Quattro Stagioni chandelier, though the former has no price tag, so owning a piece might be questionable.

Joyce Wang has a knack for reinventing traditional architecture and concepts in a way that leaves room for interpretation. She works on interior and furniture designing for residences as well as commercial places, though this art piece would be her most glamourous so far.

This chandelier was displayed at the Art Basel fair in Hong Kong this past weekend. Art Basel is an internationally organized art show held at Basel, Miami, and Hong Kong and hosts premium contemporary and modern art though its tie-ups with leading galleries worldwide. 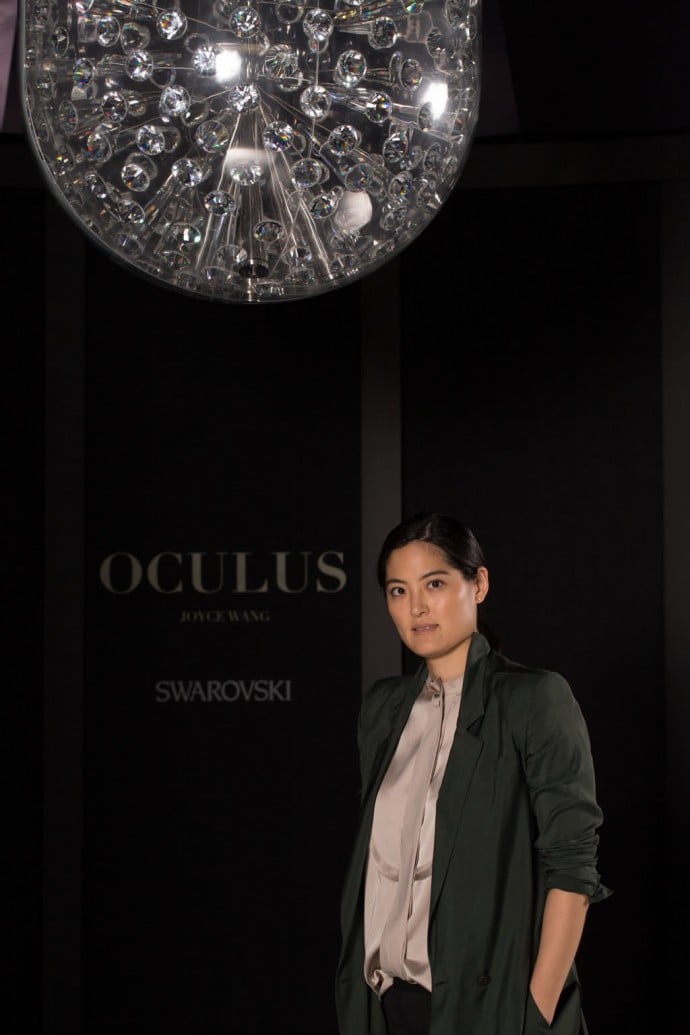 Tags from the story
Chandeliers, Swarovski