Those who’ve spent most of their life touring the countryside on that tough skipper; it’s not peculiar for them to miss the rides all through their working hours when it’s not even close to the unchained pleasures. Here’s a Motorcycle chair that is a custom work of First Impression, the company which has created the custom home theaters of celebrities like Don Johnson, Chris Kirkpatrick, Michael Winslow, and Vanilla Ice. This bad boy is a close ally of the Harley Davidson, featuring headlights, taillights, side view mirrors, and flames, all resembling its latter counterpart.

You want to know where its real muscle lies? It’s situated at the footrest, and unleashes in a vroom for 10 seconds when you kick it out. That should give anybody an adrenaline rush and also make them nostalgic about those good ol’ days. (This is for old folks who are young at heart!) The motorcycle chair retails for $7,000, but if you want a king-sized fantasy home theater, then the guys can paint your imaginations at a starting price of $150,000. 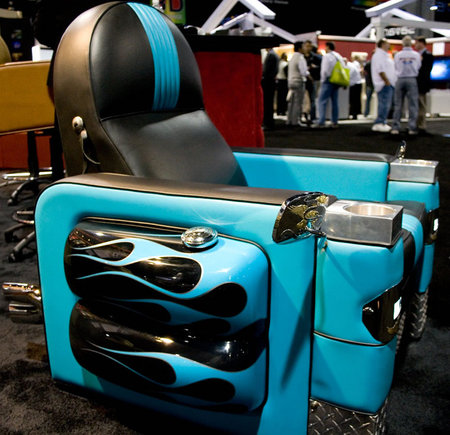 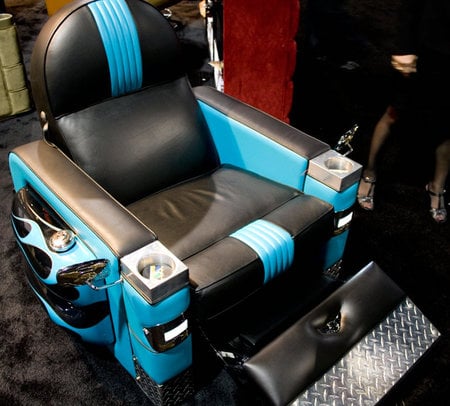 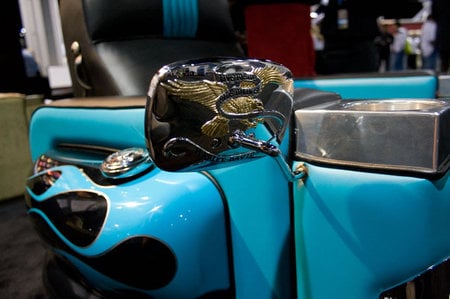 Tags from the story
Chairs, Harley-Davidson