Most of us have seen OLEDs used for interior lighting purposes before but now adding some punch to the whole deal, OSRAM and designer Ingo Maurer have churned out what’s possibly the world’s first dedicated OLED lamp. Aptly named Early Future, the lamp is being produced as a limited edition and was unveiled at the Light & Building Fair in Frankfurt, Germany. It works with tiles straight from the laboratory and demonstrates the enormous potential of OLEDs for future applications as eye-catching illumination and design elements. Commenting on the design, Maurer said. “Early Future represents an important stage in the transition from abstract object to functional designer lighting.”

Maurer has been shaping developments in the light as art and lighting design for many years. In 1966 he exhibited the designer luminaire bulb which has been on show in the New York Museum of Modern Art since 1969 along with other works of his. Ingo Maurer has received numerous awards for his avant-garde work with light. But coming back to the OLEDs, each tile measures 132- x 33-millimeters. And top secret as of now, no one has been told exactly how energy efficient this desktop illuminator is, how much it would cost or where exactly one can find one of these fancy pieces. 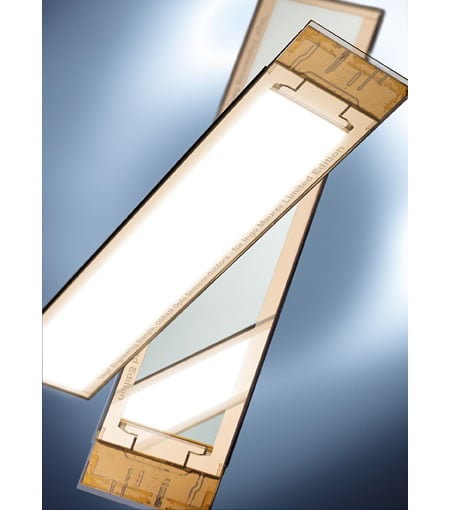