If you’ve built a home theatre for yourself, then you might as well go that extra mile and get appropriate recliners to match the ambiance. D-Box’s Quest series of chairs will compliment any serious home theatre buff’s abode. The beauty of this chair is that it draws you into all the action going on onscreen. These leather recliners come with built-in actuators that rock you around in sync with the movie’s movement and sound. Kind of like the 4-D effects that we experience at amusement parks. A D-Box ride works with a D-Box decoder box or a PC that sits between your media player and D-Box chair. First, D-Box engineers code the motions in a particular movie into a series of motion controls that can be read by the decoder box and subsequently translated to the chair’s hydraulics (actuators). These motion codes are constantly updated on the D-Box site as new movies are released. What this means is that only movies that have been coded by D-Box will work with the chair.

The X3me D-Box recliners are capable of up to 2Gs of acceleration and 100 movements per second. The X3me (comes with three actuators) costs more than $13, 110.The Quest is the same chair but minus one actuator and about $4,140 off the price. The D-Box also has the Universal Motion Platform, which lets you upgrade your existing recliner onto a moving stage (with a choice of either of four or two motors). 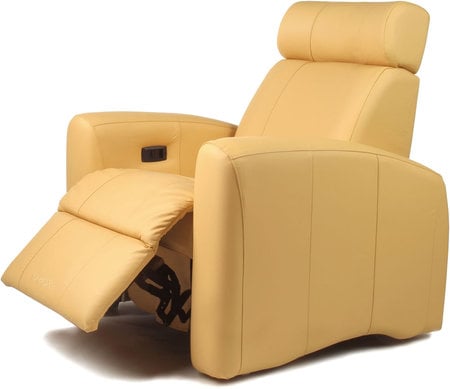 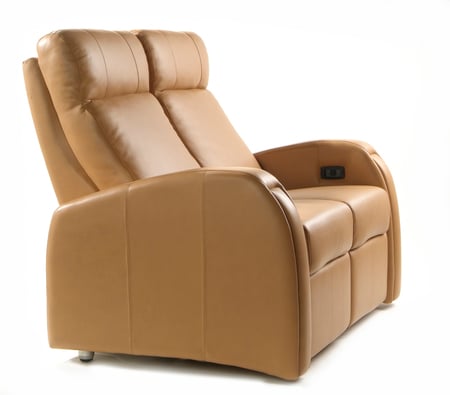