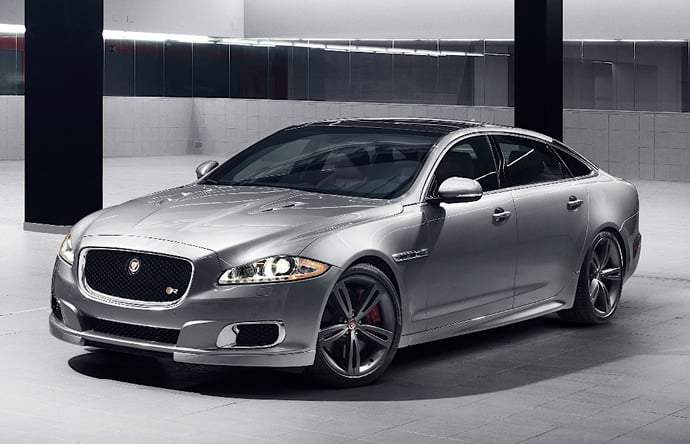 The face lifted Jaguar XJ sedan is launching soon ahead of its expected launch. Jaguar has started accepting bookings for its 2014 XJ sedan which is due to launch this year in June. The sedan was previewed at the 12th Auto Expo held in Greater Noida last month.

The British car marquee had proclaimed at the Auto Expo that it will be assembling the sedan locally which means we can see a price slash. The new 2014 Jaguar XJ will keep the sticker price in check as import and custom duties on a CKD (completely knocked down) kit is less as compared to a CBU (completely build unit) model. The 2014 Jaguar XJ’s long-wheelbase models feature ‘airline’ style reclining seats with massage function, increased headroom and fold-out business tables.The new Jaguar XJ will receive both petrol and diesel engines with the petrol variant being powered by a 2.0 liter, four cylinder turbocharged engine offering peak power of 236.7 bhp at 5,500 rpm and 340 Nm torque at 1,750 rpm.

The new updated XJ will offer the “conversation assist” features which basically reinforces a passenger’s voice through the car’s speakers so that the conversation is audible to everyone. This is made possible through tiny microphones that are located above each seat! Further, the new XJ also gets an updated version of the start-stop system wherein the company claims the engine now re-starts in less time as taken by a driver to move his right foot from the brake pedal to the accelerator!

With more features and amplest beauty, the 2014 Jaguar XJ Facelift can be pre-booked for Rs. 5 lacs.