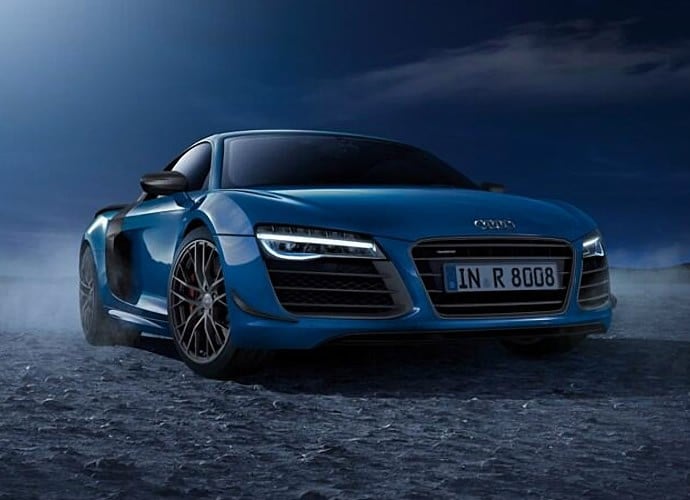 Audi introduced a limited edition variant of its top-of-the-line supercar R8, named the Audi R8 LMX, last year. With the limited run of 99 units, the R8 LMX is the fastest version of supercar and was designed to be the first production car in the world to use laser headlight technology. The German luxury carmaker on Thursday launched the R8 LMX in India priced at Rs. 2.97 crore (ex-showroom Delhi). Audi claims that it is the first production car with laser high beam lighting in India. Highlighting the significance of the technology, the company said the laser spot offers higher range of visibility enhancing the safety aspect. The lights are activated at a speed of 60kmph and above. The laser light spots one laser module per headlight generates a cone of light with twice the range of the all-LED headlight. 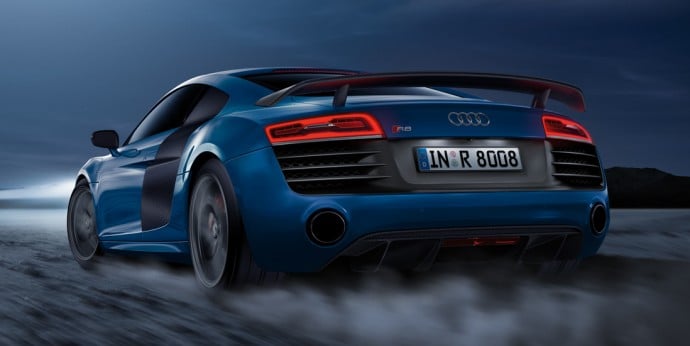 “Audi has always been at the forefront in lighting technologies. Audi was the first luxury car manufacturer to bring LED headlights in India…the introduction of the laser headlight to the Audi R8 LMX underscores our leading position in lighting technology,” said Audi India head Joe King. The combination of LED and laser high beam lighting was used for the first time on the new Audi R18 e-tron quattro at the 24 Hours of Le Mans race last year. He said with the launch of this new model the company will be able to further enhance its position in the Indian market, where it sold 10,851 units crossing the 10,000 milestone for two years in succession.