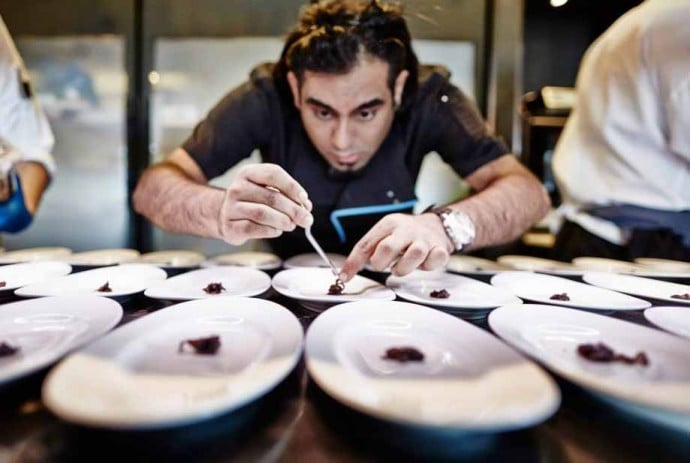 We have long been fans of Gaggan Anand and not just because his eponymous eatery is listed at number 17 on Restaurant magazine’s ‘World’s 50 Best Restaurants’ list. But because the Bangkok based Gaggan is just. That. Good. And also because before making his way to The Landmark Oriental, HK later this month, the award-winning chef has decided to take a small detour.

“My dream has always been to change the face of Indian cooking – to glorify it and make people think of it as a sophisticated cuisine,” he said. And before you ask how, he is bringing his progressive Indian flavors to Delhi and Mumbai. While the menu has been kept a surprise, we can tell you this- Gaggan Anand will be at the ITC Maurya in Delhi between September 4 and 7 and at The Four Seasons in Mumbai between September 8 and 12.

But those of you hoping to sample his Dhokla turned Alchemist’s Cake or other molecular specials will have to either be American Express cardholders (Centurion and Platinum) or invited guests. That said, an 11-course meal being aptly touted as ‘The Cellar Door Kitchen with Chef Gaggan Anand experience’, will set you back INR 12,500 per head (plus INR 2,500 with wine).