The last couple of weeks have been very exciting for all the BMW enthusiasts in the country. Close on the heels of the new BMW M5, BMW Group India has now introduced the most exciting performance oriented models of their line-up, the all-new M3 and M4 Coupe priced at Rs. 1,19,80,000 and Rs. 1,21,80,000 respectively (ex-showroom, India). For those of you who aren’t aware of the new nomenclature introduced by BMW last year, the new generation M3 and M4 are identical in terms of mechanicals, performance and styling. The only difference is that the M3 is the four-door variant and the M4 coupe has a slightly reshaped tail section that makes it look wider and adds downforce. 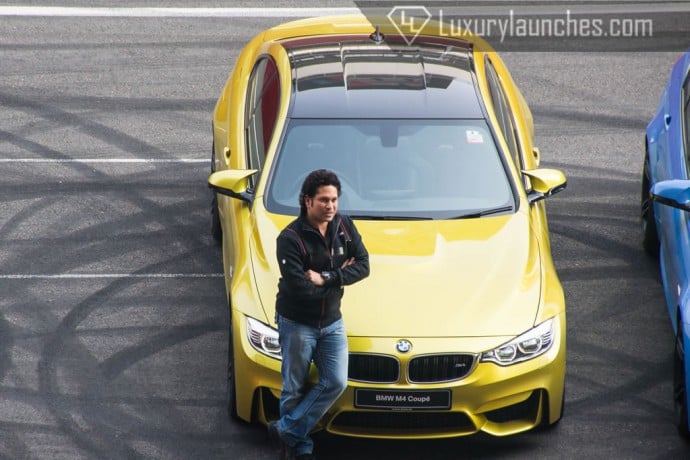 We were present at the official launch event where none other than Sachin Tendulkar, who is a self-proclaimed petrolhead, launched the BMW M3 sedan and M4 Coupe. It was organized at the Buddh International Circuit, which has the perfect setup to test the two performance Beamers to its limits. “A new chapter in the fascinating history of high-performance sports cars from BMW M GmbH is beginning. The all-new BMW M3 and the all-new BMW M4 Coupe are sharing pole position,” Phillip von Sahr, President, BMW Group India, said at the launch. On the occasion, BMW displayed the entire M fleet available in India that includes the M6 Gran Coupe and the newly launched M5 along with the M3 and M4 Coupe. We were seated at the grand stand opposite the pit lane and the M cars did individual and formation flybys on the main straight before turn 1. Check out the video after the jump.

First Impressions
Let me begin by saying that the BMW M3 has always been my favorite car, and in my opinion, the previous generation M3 was near perfect. Coming up with a model that’s even better than the old M3 was a big task for BMW, but the decision to drop the delightful naturally aspirated V8 and introduction of the new nomenclature has irked many BMW purists. I on the other hand was inquisitive to check if the new M3 and M4 coupe are as impressive as the outgoing model. And, let me just put it this way, by the end of the day there was a ear-to-ear wide smile on my face.

Performance
The naturally aspirated 4.0L V8 from the previous generation model has been swapped with an inline-six 3.0-litre twin-turbo engine for the new M3 and M4 Coupe that churns out 425 BHP between 5500-7300rpm and 550Nm of peak torque from 1850-5500rpm. There isn’t a substantial gain in terms of horsepower but the torque has been increased by as much as 40 percent. So, how fast do they really go? Both cars sprint from 0-100kph in a little over four seconds before reaching a electronically limited top-speed of 250kmph. Thanks to the abundant use of lightweight materials and carbon fiber, both cars weigh less than 1,500kg giving them top-notch performance and improved fuel efficiency, which is up by a claimed 25 percent. As far as electronics go, they get track-inspired systems like Dynamic Stability Control (DSC), Stability Clutch Control (SCC), three driving modes (Comfort, Sport and Sport Plus) and launch control function. The BMW M3 and M4 are equipped with carbon ceramic discs that showed no signs of fading even after being bashed all day. 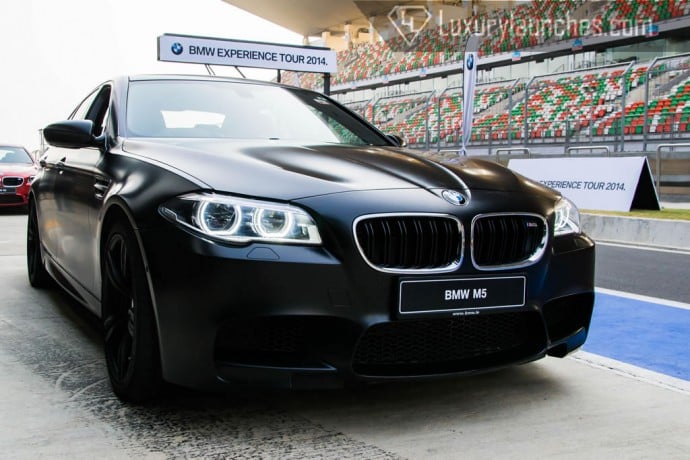 Styling
If you ask me, I find the new BMW 3 and 4 Series’ styling very attractive thanks to the sharper bodylines and the sleek headlights. Many of the design cues have been carried over to their M counterparts and thanks to the additional sporty features of the exterior styling, both the cars look simply stunning. The two-door M4 Coupe is undoubtedly the better looking of the two. On the inside, the interior is immediately recognizable as a BMW cabin. However, it has plenty of sporty elements to make it as hardcore as a sleeper car can get. The all-black dashboard is driver-focused that gets carbon fiber inserts highlighted by alcantara trim bits. The seats provide plenty of support even while taking sharp corners at high speeds and are good enough for track usage. Numerous hallmark BMW M elements such as M entry sills, M footrest, M gearshift lever and M circular dials complete the interiors of both the cars. 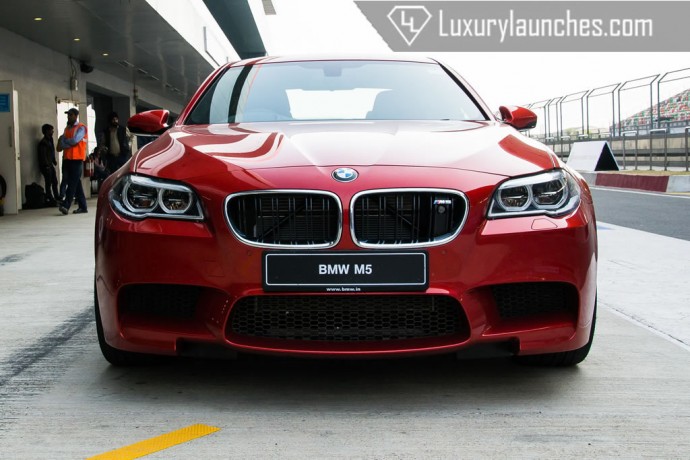 The M twins will go head to head with other performance-oriented practical daily cars like the Audi RS5, the Mercedes-Benz E63 AMG. How well does it hold up against the two can only be answered once we do a detailed review.