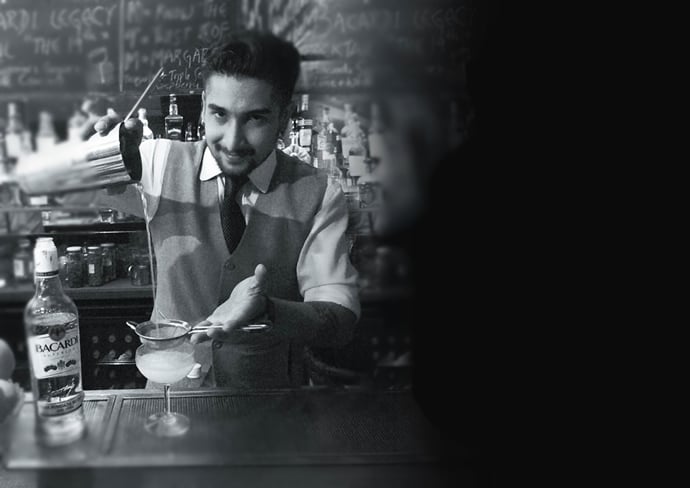 If the word Bacardi makes you want to say “coke” unless you’re thinking ‘Mojito’ then let me tell you that you’re still better. For me, the term translated to “no vodka?” Thanks to Manmohan Singh, that all changed. Now before you give in to giggles, I, in no way refer to any politics fuelled rum rage. I mean the time I tasted India’s winning cocktail for the global finale of the Bacardi Cocktail Legacy contest made by the man who used to be a pizza delivery boy in his teenage. Yep. Spoilers: this is a, rags to riches tale, where rags are replaced with a Domino’s tee shirt and riches that include travelling to Moscow to recreate the drink. But first, a bit about the contest…

Each year, the Bacardi Legacy Cocktail Competition challenges the best contemporary bartenders and mixologists in the world, to create drinks that will become part of the illustrious Bacardi Cocktail Legacy alongside classics such as The Original Bacardi rum Daiquirí and the Original Bacardi rum Mojito. On April 2nd this year, it was PCO’s Manmohan Singh who won the national finale against 12 other industry greats. So, we decided to head to the capital’s popular speakeasy for a first hand experience of the cocktail. To elaborate, it features Bacardi Superior Rum, Martini Bianco, Crème de Cacao, a sugar cube and Absinthe. Called ‘19TH’ it is named after the 19th Amendment, which gave women the ‘RIGHT TO VOTE’ in America in 1919. It all began with gin. 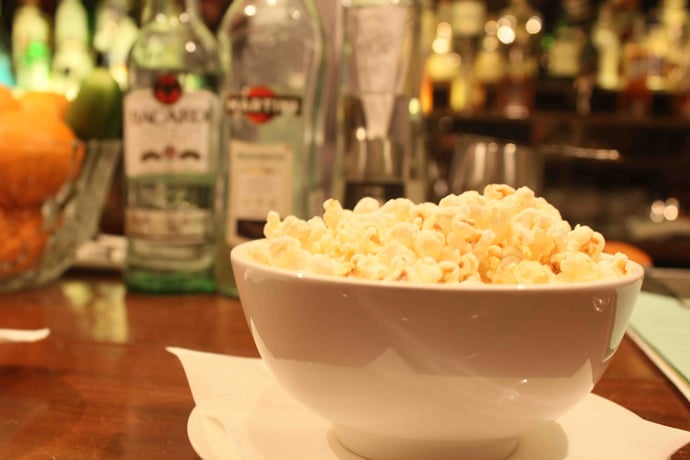 There were many many trials at first admits Singh. His drink borrows from the 20th Century Gin Cocktail that quaffers are known to love. Only, it replaces Lilet Blanc with Bacardi’s own Martini Bianco and retains the lemon juice as well as the astuteness of combining spirit and chocolate. And the results are absintheutely amazing! Now the marriage of absinthe and anything aren’t always successful owing to the overpowering nature of the anise-flavored spirit. Singh in turn, saw this as a great opportunity to use the spice to represent the nation. “Contestants have used flavors from their country,” he shared. But when we asked him if he fears molecular might make an appearance he said, “people don’t really like to eat their drinks. Everyone wants to drink their drink.” 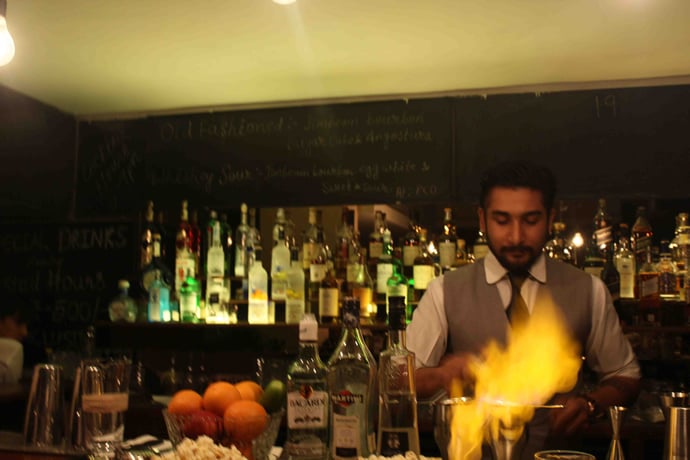 This might even explain why he chose to reinvent a classic. Aside from the fact that Bacardi came into being in the 19th Century, Singh’s idea was to give people what they really truly love, only with an innovative spin. He, in fact, did most of the talking after he served us the drink. Which just makes us envy the confidence and laud the excitement. We traced the entire process right from the deft measuring of spirits and the caramelizing of the sugar cube with a lighter and atomizer (nice application of theatrics) to the shaking and straining into the perfect coupette. And we’re glad to report that he did indeed get what he set out for. “My signature cocktail is for all those ladies out there – most of who do not prefer rum based cocktails and I want my drink to change their perception.” 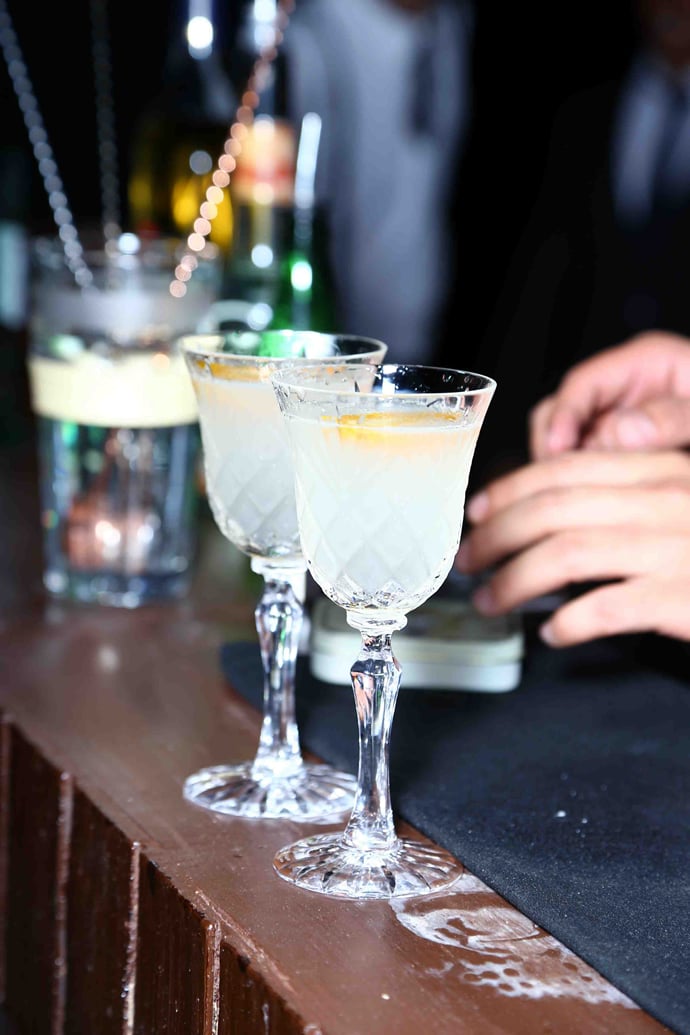 The world’s most mixable spirit could not have proved its mettle better than this. Manmohan Singh further went on to share the story of his climb from pizza delivery boy to now Head Bartender at the highly successful establishment. To the point that he wouldn’t bat an eyelid before telling you what to pair your drinks with! We know this because he went on to order us our bruschetta sampler and toffee sauce glazed cheesecake, which most certainly worked delightfully well with the subtly tart essence of his indulgent drink. And as we wallow in nostalgia, while also mentally calculating the date for our next PCO visit, Singh prepares to do some international level Bacardi spiked impressing!