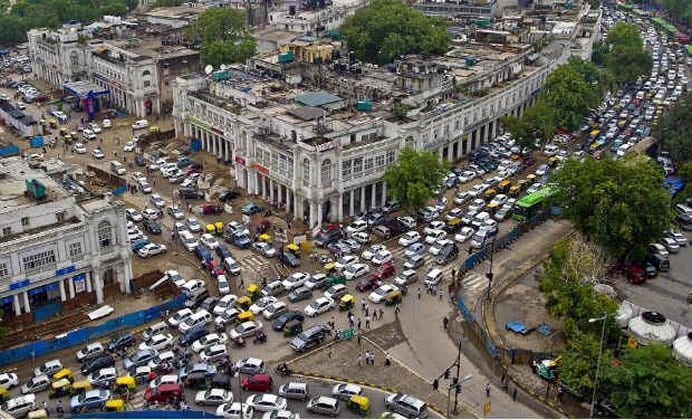 New Delhi’s Connaught Place CBD is the most expensive office space in India. Not only this, the deep-rooted office space is the seventh costliest office market in the world.

The Central Business District (CBD) of Connaught Place and its surrounding areas continue to remain a priority destination for corporate occupiers, owing to its central location and ease of connectivity. Due to a slowdown in the realty market and a fall in rupee’s exchange rate that the central area of the Indian national capital slipped two positions lower, property consultant CBRE has said. Occupancy cost of CP stood at $156.65 per sq ft per annum. And while CP has witnessed an increase in enquirers, transaction closures and absorption rates have remained low. Mumbai’s Bandra Kurla Complex (BKC) is at the 15th position while Nariman Point stood at 32nd. Their rankings too have fallen from previous report released in June. London Central (West End) overtook Hong Kong (Central) as the world’s most expensive prime office market.

CBRE tracks occupancy costs for prime office space in 126 markets across world. Of the top 50 ‘most expensive’ markets, 20 are in Asia Pacific, 19 are in Europe, Middle East and Africa (EMEA) and 11 are in Americas. Asia continues to dominate the world’s most expensive office locations, reflecting the tilt towards the emerging markets as the new centres of growth.