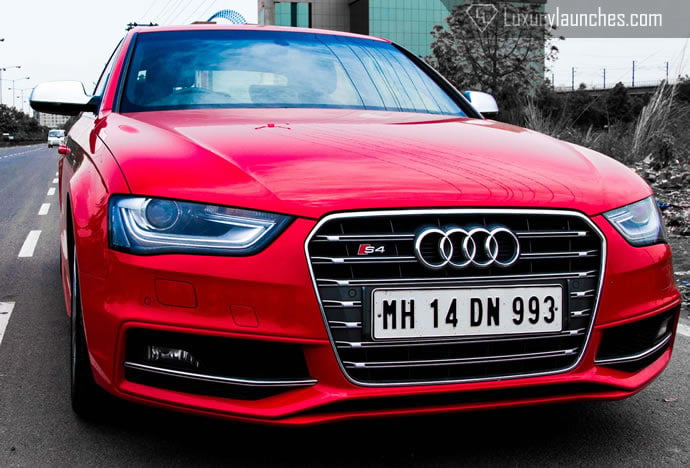 Audi S4 3.0L V6 TFSI
If you don’t notice the silver side view mirrors and the badges around the body, you’ll invariable mistake the Audi S4 for its tamed sibling, the Audi A4, until the throttle is pushed to make the supercharged V6 grumble angrily from the rear quad-tailpipes. There is just one way to explain the sound the Audi S4 makes; simply glorious! Otherwise it’s just an A4 with a big 3.0L six cylinder engine under the hood unpretentious of how fast it really goes. And that’s really the primary selling point of the S4. In the morning, you can put on your suit and drive the Audi S4 to your office like any other normal executive sedan and by the end of the day you can loosen that tie and have some real fun in this 329bhp hooligan. It is best suited for someone who doesn’t want the biting power of the Audi RS4, but needs something with more grunt than the A4. We recently got a chance to take the Audi S4 for a spin and have some fun with the German beauty.

The S4 badges are much more prominent on the inside including the one on the steering wheel and the round-shaped gear knob. Then there are the sporty dials which will lure you to push the S4 harder.

Overview
The Audi S4 was first introduced in 1991 and was based on Audi’s 100 sedan platform, but since 1997 the S4 has been based on the A4 platform evolving along with each new generation of the latter. The current model, also known as the B8 variant, has been in production since 2009. Unlike the previous generation model, the new Audi S4 comes with a smaller supercharged V6 engine instead of a naturally aspirated 4.2 litre V8. As far as the aesthetics of the exterior is concerned, as in the case of all the S models by Audi the S4 carries subtle changes from the car it’s based on. The discreet S4 badges, the V6 T badge on the front fenders, the quad exhaust pipes sticking out the back, the aluminium-finish external rear-view mirrors and finally the 18-inch alloy wheels are the thing that’ll remind you that it’s not an A4. But on the inside, there are a few more cues to point out the difference. The S4 badges are much more prominent on the inside including the one on the steering wheel and the round-shaped gear knob. Then there are the sporty dials which will lure you to push the S4 harder. Another thing that is noticeable is how low the S4 sits; it almost hugs the ground making its stance extremely aggressive and sporty. This might be a problem while dealing with the vicious Indian road bumps; we scrapped a few on our way. Nevertheless, the low ride-height along with the Quattro system keeps the car firmly planted on the road. The Audi S4 is quite a bit costlier than A4, and in case you want something flashier for that price then you should rather look away. But if you want all the practicality of A4 with sports car like performance, you shouldn’t think twice. 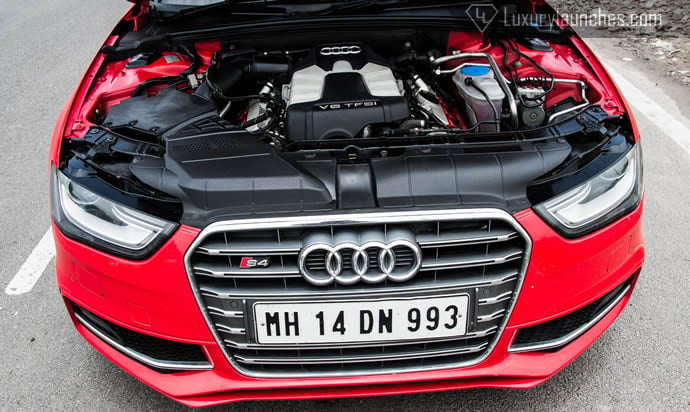 Technical Specifications
Before we move on to the ride experience, let’s get the technical specifications out of the way. Under the hood is a 3.0 litre supercharged and direct-injected V6 engine. It’s the same engine you’ll find in the Audi A6, but it is tuned to produce 38bhp more and the S4 weighs 110kg less. The V6 in the S4 churns out 328bhp and a peak torque of 440Nm. The engine is mated to a 7-speed DSG (S Tronic) gearbox and the car obviously has the Quattro 4-wheel drive system. Coming to the performance figures, the Audi S4 is truly impressive. It can accelerate from 0-100kmph in just 5 seconds and has its top speed limited to 250kmph. Audi claims that the S4 has a fuel economy of 10km/l, but during out test, the S4 returned an impressive 7km/l.

The first thing I noticed about the S4 is its unpretentious, unostentatious presence. The car even idles like a bog-standard Audi A4 making almost no noise. It’s hard to believe there’s a big V6 breathing under the hood.


Ride Experience
Last week in Delhi, the temperatures reached to levels I have never ever witnessed in my life making this year’s summer the most brutal I have ever experienced. The ride was scheduled for early morning and the day before I was praying for the weather to get a little better. To my delight, it rained that morning making the conditions glorious to test the Audi S4. The first thing I noticed about the S4 is its unpretentious, unostentatious presence. The car even idles like a bog-standard Audi A4 making almost no noise. It’s hard to believe there’s a big V6 breathing under the hood. It was that time of the day when office-goers clog the roads leaving no stretch empty. I had to scout for roads good enough to make this German switch from its comfy to sporty avatar. While weaving through traffic, I was surprised how beautifully the S4 handles and manages to make tight turns and tricky manoeuvres without breaking a sweat. It almost feels like driving a hatchback. With the needle hovering around 2000 rpm range, it sounds and even rides like an A4; but only till you reach an empty stretch of road. Punch the throttle and the burly V6 comes to life making music out of the quad tailpipes. I could keep hearing it all day long and not get enough of it. Check out the video after the jump to listen to the exhaust sound of the Audi S4. Give the gear lever a nudge and the S4 gets into sports mode. The acceleration is absolutely brilliant. Though I always prefer manual over automatic but the 7-speed DSG is a charm and shifts without any sluggishness. But it’s the S4’s handling which impresses the most. It understeers a little but there is so much grip and traction that throw it hard around the corners and you’ll still come out of it with a wide smile on your face. Since the S4’s dimensions are similar to the A4, the space inside the cabin is also more or less similar. There is ample leg space for those sitting at the back even with the front seats pulled all the way back. The cabin is typically Audi exuding top-notch quality but there are few additional design elements that add to the sportiness on the inside of the S4. The 3-spoke steering wheel is slightly smaller and meatier and feels sporty. The dials are finished to perfection and the aluminium inserts on the doors and dashboard make the cabin a great place to be in. The sports seats on the front are surprisingly very supportive and comfortable. Priced at Rs 52 lakh, it’s considerably pricier than the Audi A4 without being distinctly different in terms of looks. So should you really buy it? There is a very simple answer to the question. If you have the money and want explosive performance blended with everyday usability and practicality, the Audi S4 should be on the top of your list. In fact, the S4 is tremendous value for money as you get sports car like performance without compromising on the ride quality; and most importantly it won’t end up being a money pit like most high-performance vehicles. 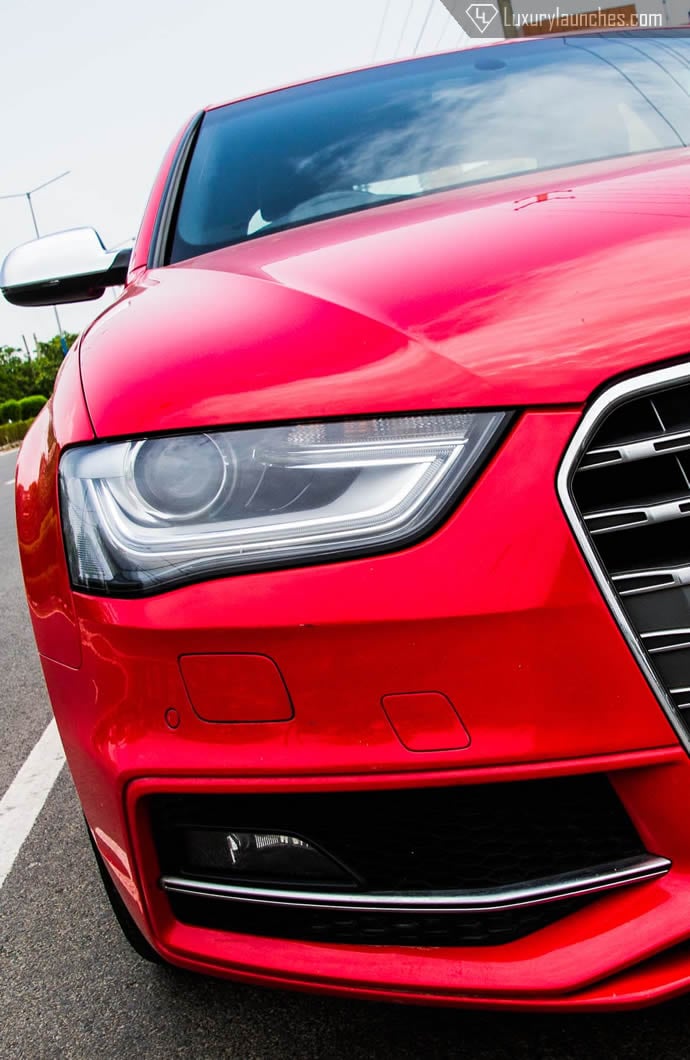 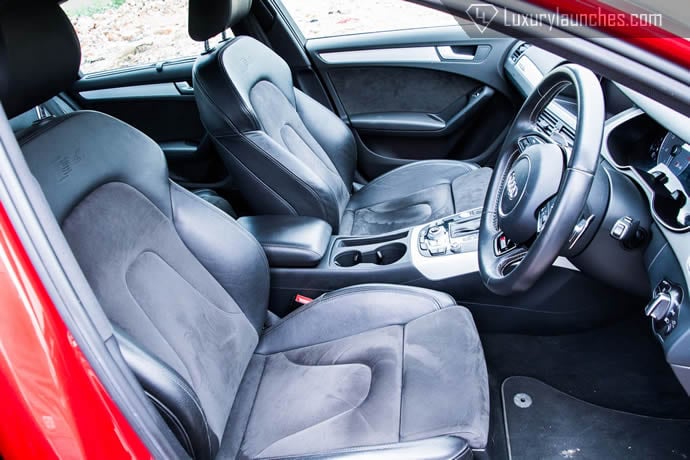 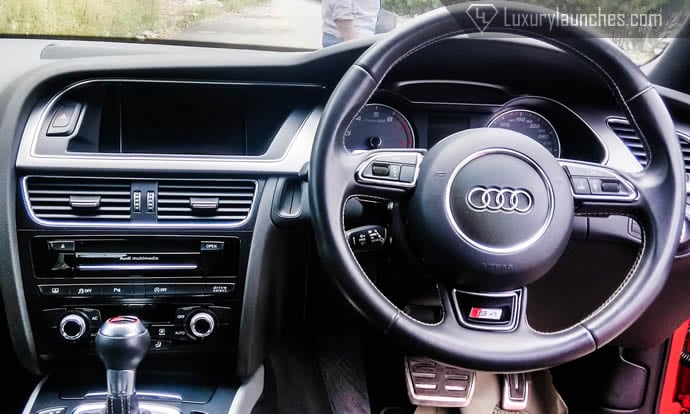 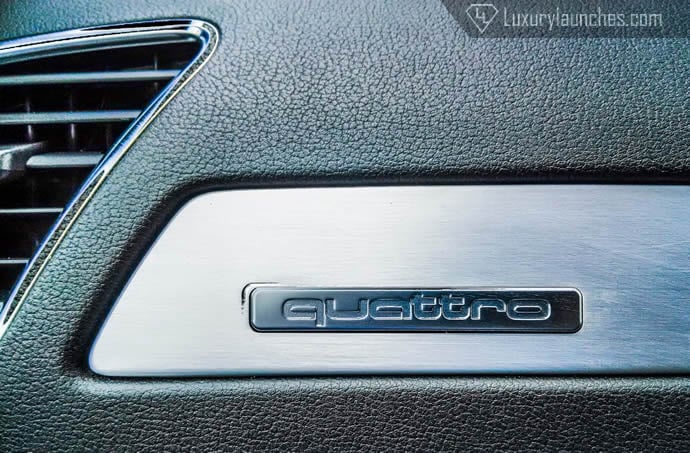 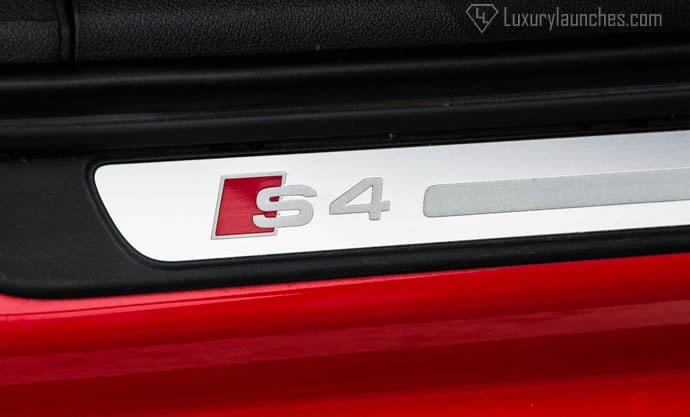