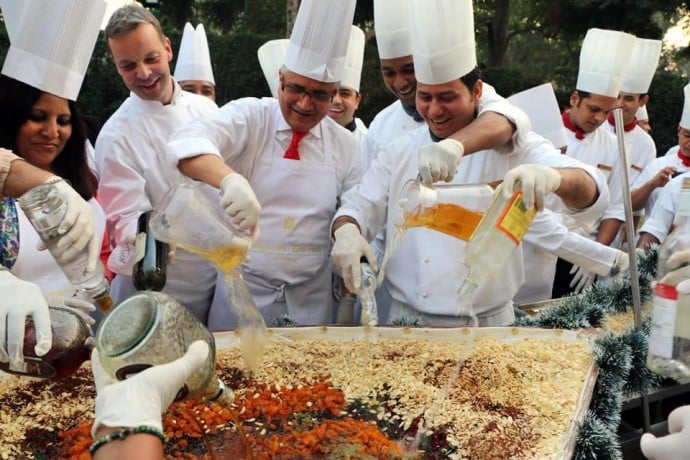 Christmas is literally two weeks away. And while that’s enough to elicit an excited squeal it’s not quite it to get us baking. The people at Shangri-La, however, think different and traditional. And their Annual Cake Mixing Ceremony was quite the mix of hors d’oeuvres, and hats and aprons. 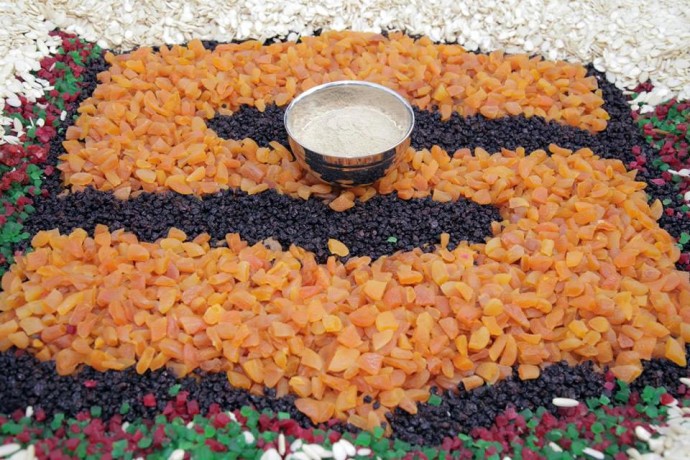 Held at the Cafe Uno lawns of Shangri-La’s – Eros Hotel, the ceremony invited onlookers to roll up their sleeves and mix away, all by hand, and raise several toasts post the process. So, in went an interesting array of fruits, nuts, spices, spirits and syrups. A huge boat shaped cauldron sat on a verdant patch, looking straight out of a children’s Christmas book. 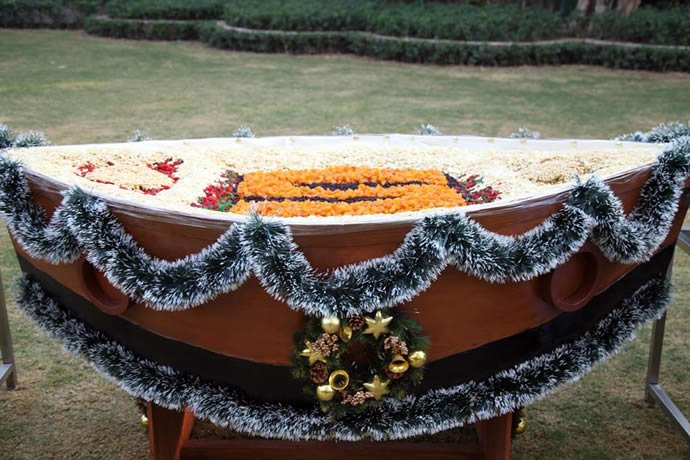 Only this was no child’s play and overseen by Area Manager and General Manager Farhat Jamal and several chefs. After the traditional cake mixing ceremony, the mixture was put into airtight bags and has been left to mature till around Christmas, when it will be blended with the cake batter and baked. But till we’re waiting for a taste, we’ve just the recipe, of this Christmas Stollen with Marzipan from Martin Bracker, the hotel’s Executive Chef. 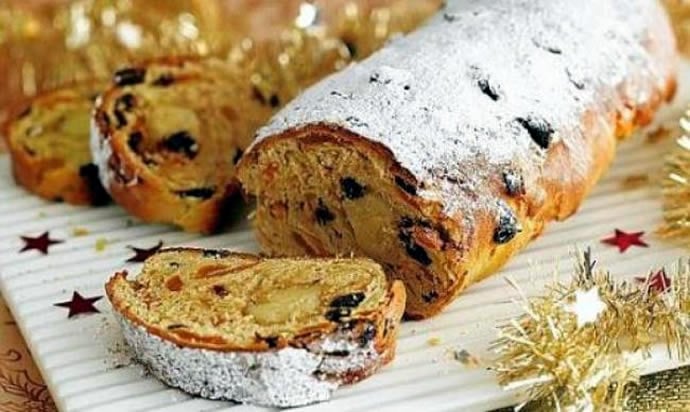 Method
1. In a small bowl, dissolve yeast in warm milk. Let stand until creamy, about 10 minutes.

2. In a large bowl, combine the yeast mixture with the egg, caster sugar, salt, butter, and 3/4 of the bread flour; beat well. Add the remaining flour, a little at a time, stirring well after each addition.

3. When the dough has begun to pull together, turn it out onto a lightly floured surface, and knead in the currants, sultanas, dried cherries and mixed peel. Continue kneading until smooth, about 8 minutes.

4. Lightly oil a large bowl, place the dough in the bowl, and turn to coat with oil. Cover with a damp cloth and let rise in a warm place until doubled in volume, about 1 hour.

5. Lightly grease a baking tray. Deflate the dough and turn it out onto a lightly floured surface. Roll the marzipan into a rope and place it in the centre of the dough. Fold the dough over to cover it; pinch the seams together to seal.

6. Place the loaf, seam side down, on the prepared baking tray. Cover with a clean, damp tea towel and let rise until doubled in volume, about 40 minutes. Meanwhile, preheat oven to 180 C / Gas mark 4.

8. Allow loaf to cool on a wire cooling rack. Dust the cooled loaf with icing sugar, sprinkle with cinnamon and finish with toasted flaked almonds.

Modified from Chef’s grandma’s recipe book, it gives cake packed with dried fruit and filled with a marzipan surprise, and also makes a perfect food gift at Christmas.