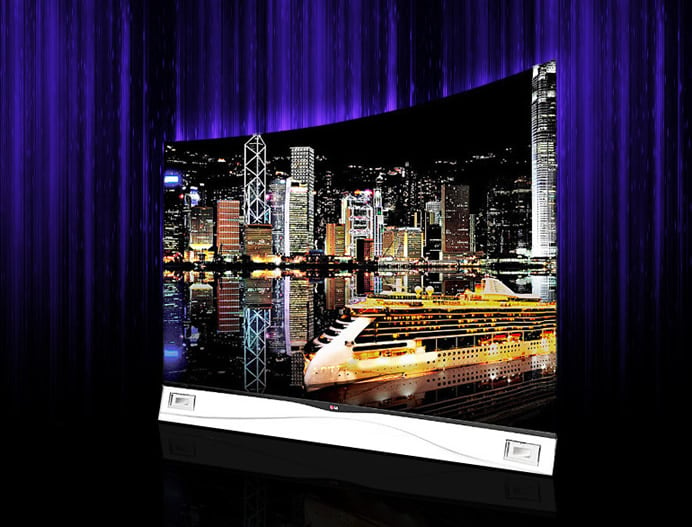 LG has launched its first curved OLED television for the Indian market, the LG 55EA980. With averting the problems like visual distortion and detail loss, this unique Television has a vivid 4 colour pixel technology that adds a white sub-pixel to the conventional red, green and blue pixels.

The industry’s very first curved screen LG 55″ Curved OLED (organic light-emitting diode) TV features a path breaking ergonomic design with full CINEMA 3D support, cinematic experience. The curved OLED television set has a screen size of 55 inch with 4.3 milimetre thickness. The television also allows for ultimate contrast with independently lighted pixels to control their own luminance. According to LG, its Clear Speakers offer high quality sound to match the picture quality of the OLED TV. It has features like Gesture, Pointing, Wheel, Voice, and Universal Control, which is the most convenient and advanced TV remote.

The world’s first curved OLED TV is priced at Rs 9.99 lakh and will be available in January, The company expects to sell 500 units of the curved OLED TV in the initial months of the launch. LG also showcased LG G2 Flex smartphone with curved plastic OLED screen, which will start selling by the end of January or early February 2014. It is priced in the range of Rs 60,000 to Rs 65,000.