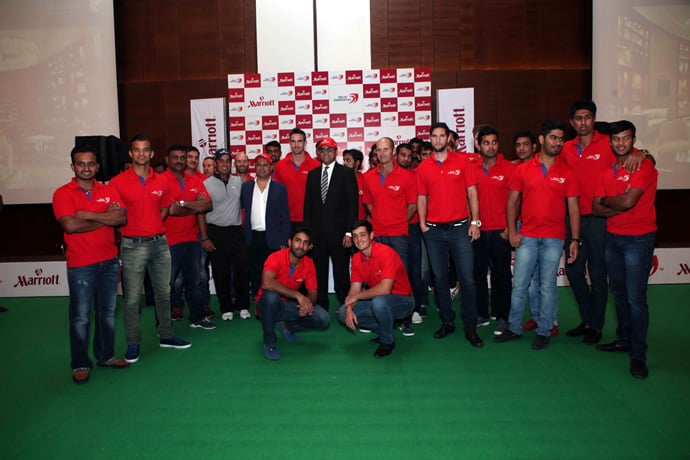 After a scintillating ‘Cook Off’ session at K3 last week, we returned to JW Marriott for yet another shot of Delhi Daredevilry, when the luxury hotel hosted an exclusive meet and greet. Only this time, the IPL fever was turned up a notch as the event witnessed the likes of Rajiv Menon, Area Vice President, Marriott Hotels, Sushil Gupta, Chairman and MD Asian Hotels (West), Sandeep Gupta, Executive Director Asian Hotels West Ltd. And Shiv Kapur, professional golfer and Arjuna Awardee! The (faux) field was set for a game of cricket amongst the who’s who of JW Marriott and the Delhi Daredevils team. 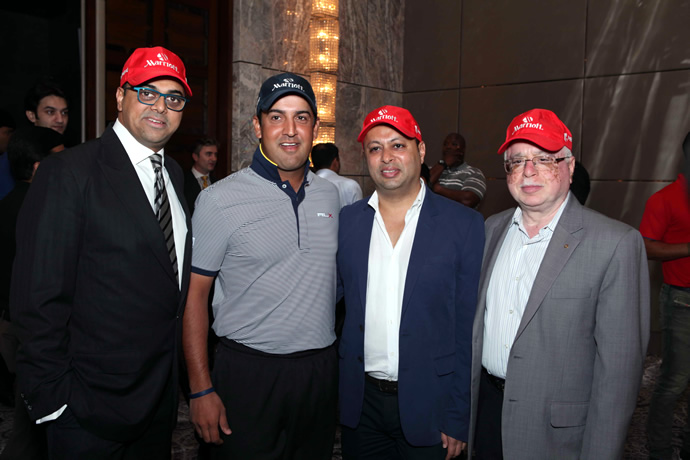 Never has IPL been this lavish. Or so those would think who were present at JW Marriott New Delhi Aerocity’s Grand Crystal Ballroom where a mock pitch had been prepared for a game of cricket as neatly as the bars had been pitched for a rather cocktails-fuelled viewing. 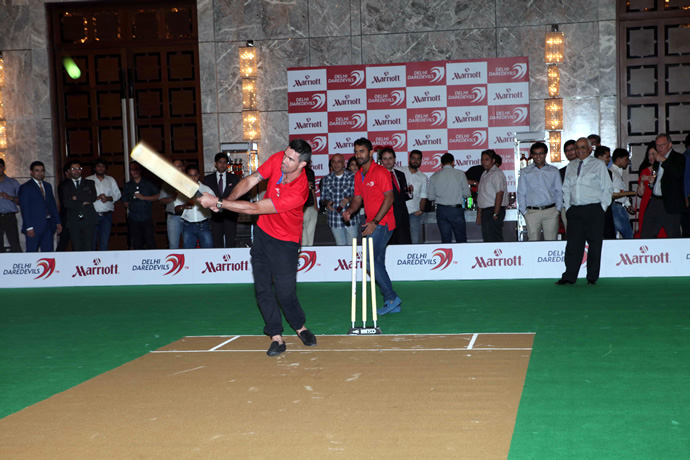 Amongst the many who played, from both JW Marriott staff and DD team, and became the subjects of Bollywood film actor Jas Arora’s thrilling commentary was team captain Kevin Pietersen. He batted and posed alike, much in sync with the spirit of the evening. 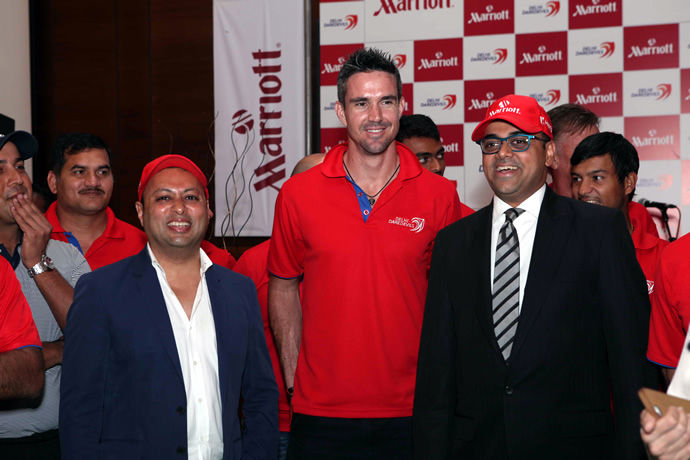 And while there were no cricketers cooking this time, unlike the last, the evening ended with several rounds of sushi. Pasta and dessert stations too were in place in an adjacent area. And after heady rounds of cricket playing (that got a chandelier here and a dazzling one there) the event ended with some live jazz and indie.