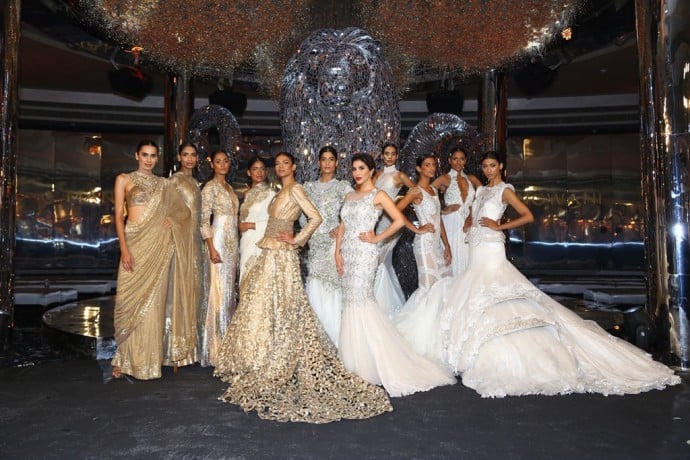 If it’s true what they say about virtues being denoted by shades, then Manav Gangwani is one designer who seems to have cracked it. Titled ‘Seven’, his latest couture collection inspired by seven virtues showcases seven different shades and a plethora of Swarovski crystals in women’s and menswear. 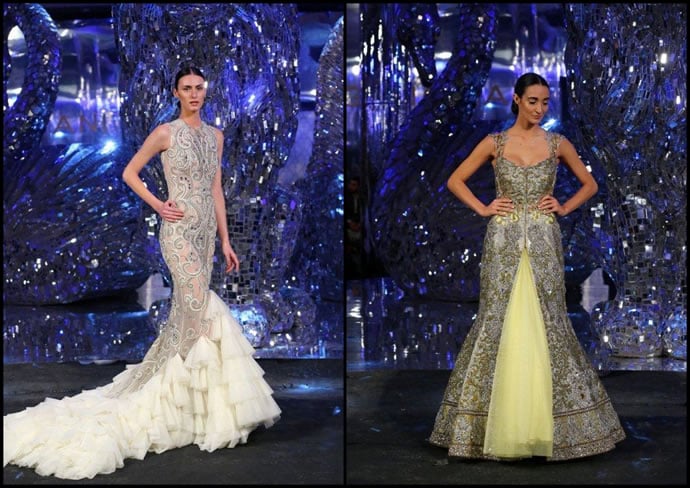 A hiatus seems to have done the couturier immense good. His newest and most opulent designs spoke volumes to that in the biggest couture show by an Indian couturier ever. We’re talking red carpet entry, snazzy pre show celebrations, a scintillating venue, one mammoth 235 feet ramp with 70 models on and 30 off and about, welcoming guests. Not to mention, the capital’s crème de la crème. 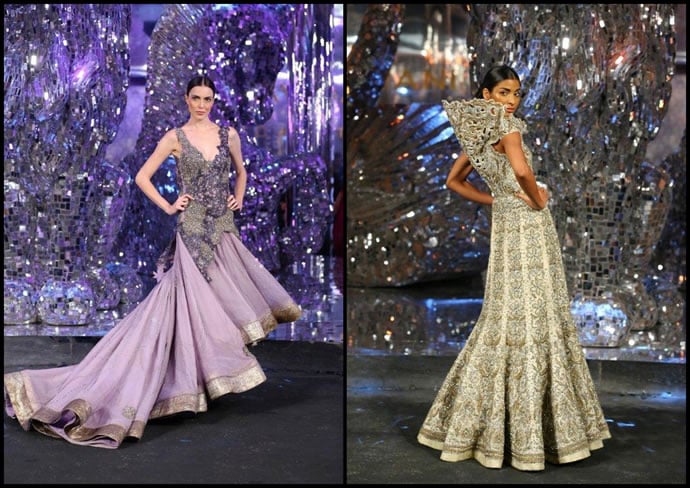 The collection comprised 60 women’s styles with everything from kaftans and Anarkalis to draped saris and jackets. And over 20 men’s styles each with a Manav Gangwani spin on them. Translating his seven virtues into seven colors, the designer used shades of pink to depict hope, yellow for faith, a gentle lavender to depict forgiveness, the pure ivory to depict honesty, a brilliant aqua to denote strength, green to depict loyalty and finally gold to represent courage. 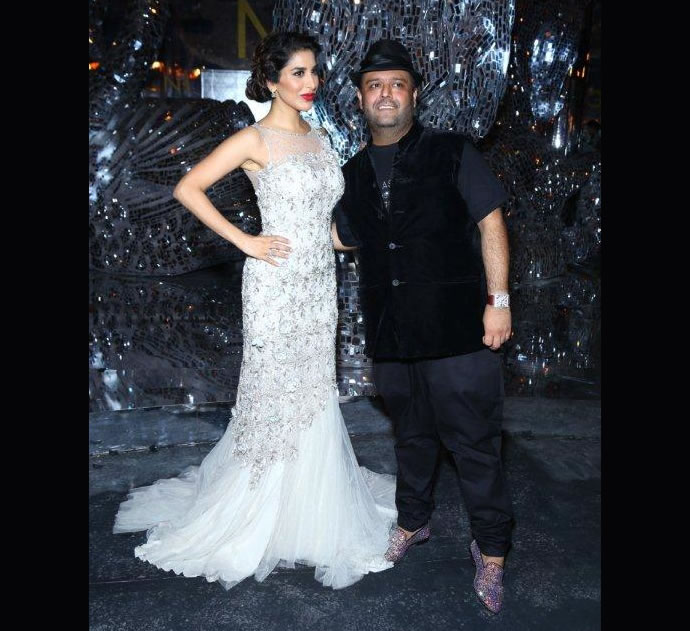 Needles to say, the evening wasn’t far from your average international couture presentation. Especially if you take into consideration the giant oval ramp as opposed to the standard 80 feet tradition. It also saw the unveiling of brand Manav Gangwani’s new identity – the MG Crest. “Taking inspiration and using techniques from a long-forgotten era, I have woven together a fantasy of ethereal creations. I have given a touch of other worldly charm and serenity, along with a feeling of opulence, to the entire collection.”