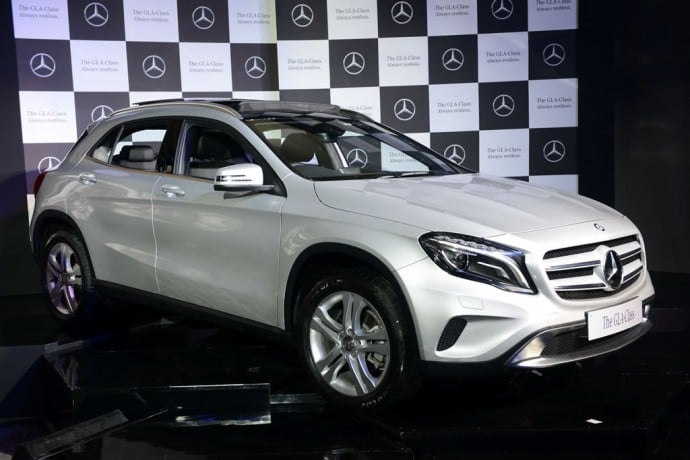 In 2014, Mercedes –Benz has been relentless in expanding their range of passenger cars in India. The German automaker has launched eight new models in this year alone and the GLA-Class is the newest to join the line-up. Mercedes-Benz, yesterday, launched its compact luxury crossover, the GLA model, at a starting price of Rs 32.75 lakh (ex-showroom, Delhi). It marks the brand’s long awaited entry into the luxury compact SUV-segment in India which till now has been dominated by Audi Q3 and BMW X1. Though, the company has been fairly late to join the party, but the Mercedes GLA as a package has enough firepower to get the other two German marquees worried. In fact, it would be safe to say that it’s the best looking out of the three thanks to its aggressive styling. 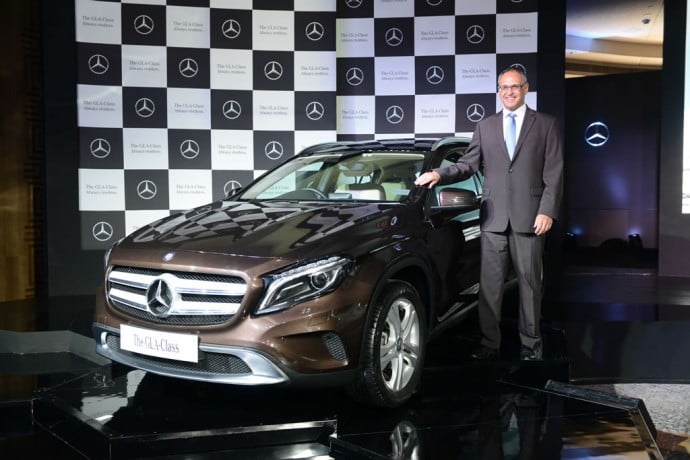 The Mercedes-Benz GLA crossover is based on the same front-wheel-drive MFA architecture as the A-class hatchback (it looks like a beefier version of the A-Class). Available in both petrol and diesel variants, the Mercedes GLA 200 is powered by a 2.0-litre turbocharged petrol engine that churns out 181bhp and 300Nm of torque, while the Mercedes GLA 200 CDI draws power from a 2.2-litre diesel motor that’s good for 135bhp and 300Nm of torque. Both the inline 4-cylinder engines are mated to 7G-DCT 7 speed dual clutch transmission and also come equipped with paddle shifters as standard. As far as the styling goes, on the outside the Mercedes GLA has a very muscular appearance thanks to the bold body lines and the prominent front grille with the big three-pointed star Mercedes badge. The car will be available in two equipment trims: the Style and the Sport. The Style edition will feature 18-inch alloys, bi-xenon headlamps and roof rails. According to Mercedes, the GLA offers many class-leading features, including 7 airbags, reversing camera, memory seat for driver and front passenger, and multifunction steering wheel with paddle shifters. Even the ride height has been increased by 30mm to give it a ground clearance of 183mm which will help it tackle the Indian road conditions better. 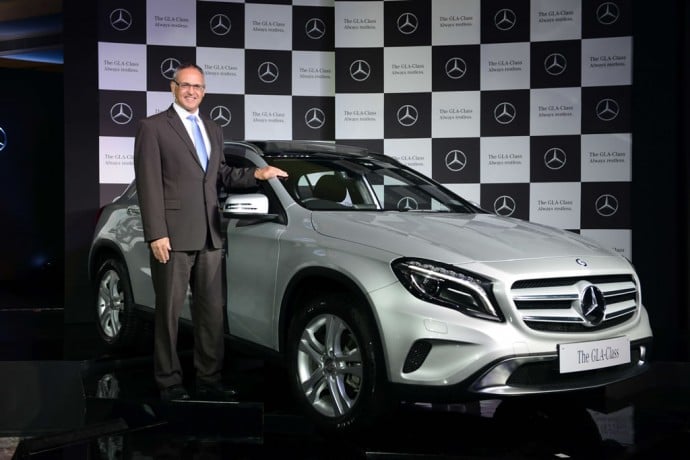 According to Mercedes, the GLA has already received more than 600 pre-launch bookings in just 18 days, which is definitely one hell of a start. In terms of volume, the luxury crossover segment is one of fastest growing in India and it’s a good time for Mercedes to enter it. We’ll soon do a comprehensive review of the Mercedes GLA to find if the German automaker has come up with a winner. 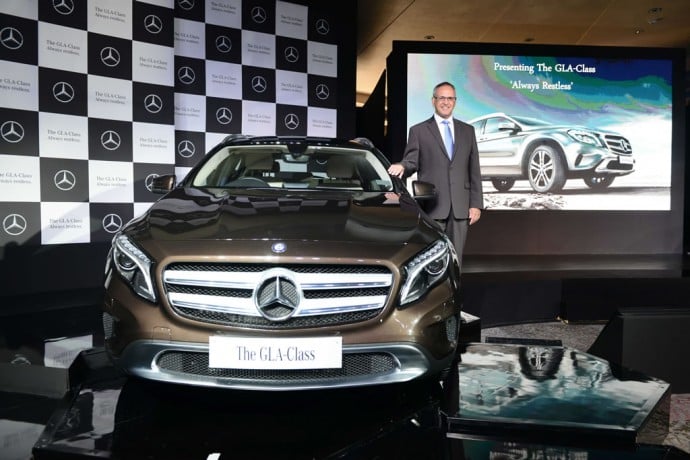