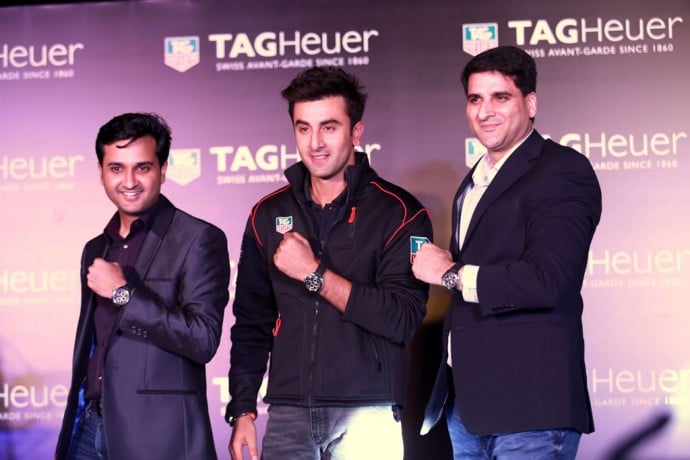 Swiss watchmaker TAG Heuer unveiled its new brand Campaign ‘Don’t Crack Under Pressure’ and introduced Bollywood actor Ranbir Kapoor as its new brand ambassador at an event at the Buddh International Circuit. The ‘Don’t Crack Under Pressure’ claim enlightens the mental strength of the Dream Team, athletes and partners, who reflect the values of the TAG Heuer shield. The brand organized a high-energy performance by cheerleaders on the Pit lane followed by stunts performed by professional drivers driving Volkswagen Polo R Cup on the racetrack. The highlight of the evening was the launch of TAG Heuer’s new brand ambassador Ranbir Kapoor who made an airborne arrival on the racetrack in a Paramotor. Amidst cheering, the ‘Barfi’ actor took a short lap of the circuit in a convertible BMW Z4 and then unveiled his ad visuals. 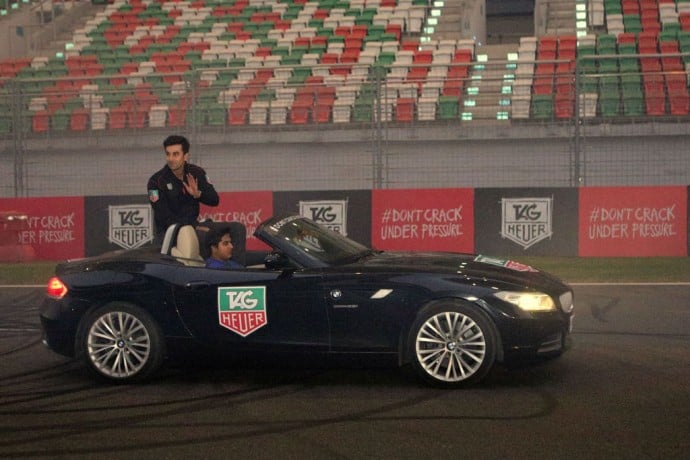 “TAG Heuer is best known for pushing boundaries: harnessing mental fortitude to overcome technology restraints and deliver ground breaking innovation. Don’t Crack Under Pressure is therefore not just a claim, it is a powerful mindset. A truth that is exhibited in the daring watches and chronographs produced by TAG Heuer,” said Amit Chaloo, General Manager – LVMH Watch and Jewellery. The event was attended by media, winners of TAG Heuer’s Facebook contest and selected customers. Speaking during the media interaction, Ranbir Kapoor said that he is very excited to be a part of the TAG Heuer family. The new AD Campaign ‘Don’t Crack under Pressure’ is pretty much the headspace of today’s generation and is honored to be associated with such an iconic and dynamic brand. TAG Heuer is endorsed by internationally acclaimed stars like Cristiano Ronaldo, Maria Sharapova, Cameron Diaz, Jenson Button and Shah Rukh Khan to name a few.