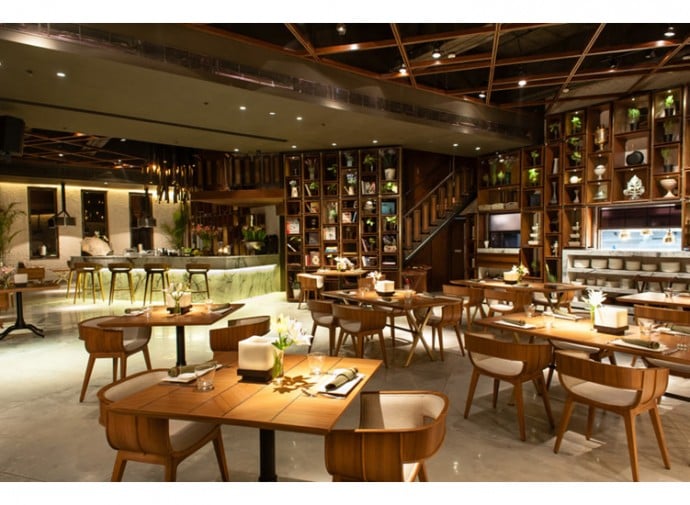 For the longest time we wondered what it’d be like, sitting directly under a metro station and eating. And we’re happy to report, not only is it the exact opposite of the way that sounds, in the case of Fio Cookhouse, it’s actually quite soothing. In fact, we can now see the appeal- pebbled patio, easy parking and eclectic menu- a sight for sore eyes, whether or not they plan on seeing the insides of a metro train.

Strategically placed within the modern-foodie haven that is Epicuria, opposite the IT Hub of Nehru Place, Fio Cookhouse is one of the more versatile spaces- housing a curio dotted café-restaurant on one side and boasting a more nighttime bar vibe in another section. Not to mention the charming, more natural al fresco seating. We were informed its proprietor, the well-travelled Mr. Wadhwa, along with his wife and daughter, looks after every little décor detail.

Clearly within the family, this is one business that hasn’t gone the franchisee way despite having a massively successful first Fio (Country Kitchen) in The Garden of Five Senses. Both properties might possess distinct energies but they share the same food philosophy- casual dining with European, Indian and European-Indian preparations, and the use of Fio’s own nursery for ingredients. Refreshing cocktails set the tone for our afternoon of tasting.

Both the chicken preparations are pretty good, although, the Garlic cheese murgh tikka wins extra marks for tenderness. We say if you’re looking for something to go with your drink, order those, or the melt-in-the-mouth Phyllo Tazza (cooked veggies and goat cheese in phyllo cups). If you’re over for a sit-down dinner however, and in the mood for Indian, the Dahi Aam Papad ki tikki is one marvelous starter option.

The mains pale in comparison to the small plates- our Braised pepper lamb (served with barley risotto), Basil lime steamed River Sole and Ananas, or pineapple glazed Pork Chop, were just alright, if a little overwhelming. Of these, we’d pick the steamed fish if we absolutely had to pick one. The carrot cake, on the other hand, is fresh baked goodness, so much so that we’re going to order it again. Every time.