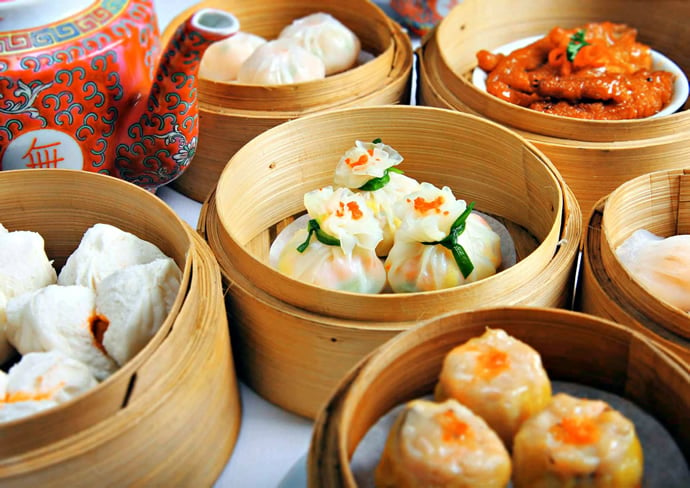 If you’re one of the lucky few to have their Saturdays act like Saturdays a.k.a. harbingers of great weekend binges then there’s really no better kick-start to them benders than this- The All New Dim Sum Brunch at 19 Oriental Avenue, in Shangri-La’s Eros Hotel. Quite self-explanatory in terms of the specialty, it was no longer ‘all new’ when we visited. But continues to thrive because in a city deprived of the perfectly translucent ‘gao’ or dumpling, here is where one’s prayers are answered, whether looking for a great Assorted Asian vegetable with Sichuan Chili version or a River Sole with Bonito Flakes. Yes, those are obviously our top choices from amongst the vast array of bite-sized contenders. But there’s a whole lot more we have to say about what we sampled one balmy afternoon seated next to a window, which overlooked the hotel gardens and ran from floor to ceiling. 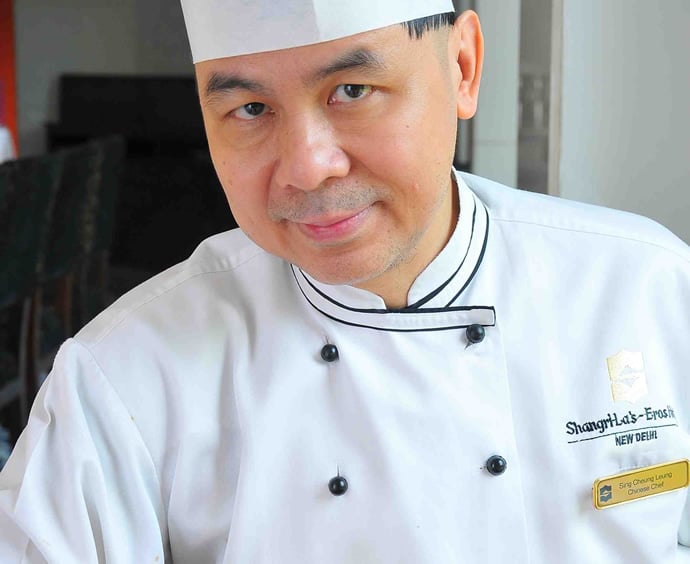 Now I know it says ‘Dim Sum Brunch’ but think of this as a three-kitchen strong hangover cure after a killing Friday night or an early lining of stomach with seaweed and suimai (pork dumpling). The Chef David Leung crafted menu of piping hot dim sum trays meets its pinnacle in the sea of Japanese and Thai offerings. The other two kitchens take a cue from the master of Cantonese cuisine and the restaurant’s Executive Chinese Chef, who has developed his own unique combination of taste and culinary aesthetics. The results are simply mouthwatering, read- Som tam salad from the Live-Salad Station with crunchy peanuts in tangy green papaya, while Chicken Satay with peanut sauce and Tiger Prawn with chili and kaffir lime leaf play excellent skewered treats. As always, Shangri-La’s legendary service isn’t far behind either. The reason I say this is we’ve probably amassed a plethora of recipes, all courtesy Sous Chef Govind Bhusal’s expert commentary on practically every dish. 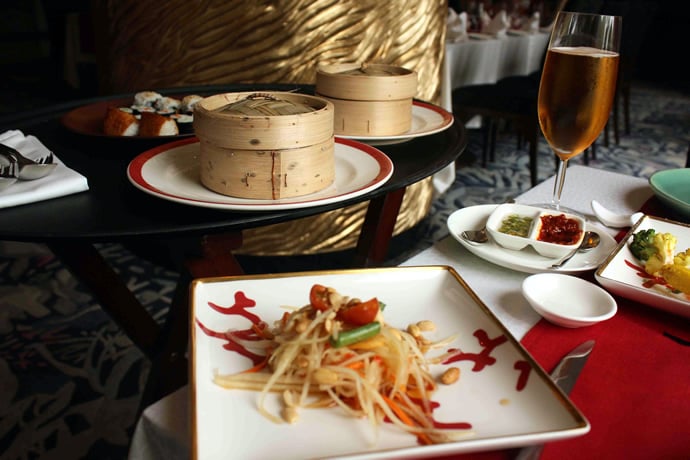 On that lusciously lemongrass note, let’s take a look at the menu’s hits and (the rare) misses. 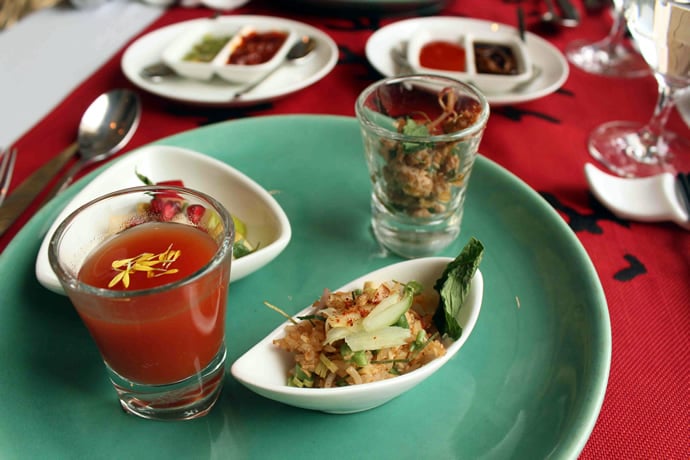 Waiter, there is a flower in my soup!

While there’s everything from the modest edamame to a variety of difficultly pronounced seaweeds on offer in miniature bowls and platters, the Tomato Surinagashi was what truly took my breath away from among the Japanese appetizers. A delicious cross between tomato soup and virgin Bloody Mary, it made for zesty zensai when had along with a toasted rice salad tossed in lemon, with lemongrass slivers and mint. As well as the chicken salad-in-a-shot-glass, which was much the same in seasonings. And then there was this- a fruit salad consisting the likes of pomegranate and pear. Its sweet chili dressing is the answer to “best brunch beginnings”. 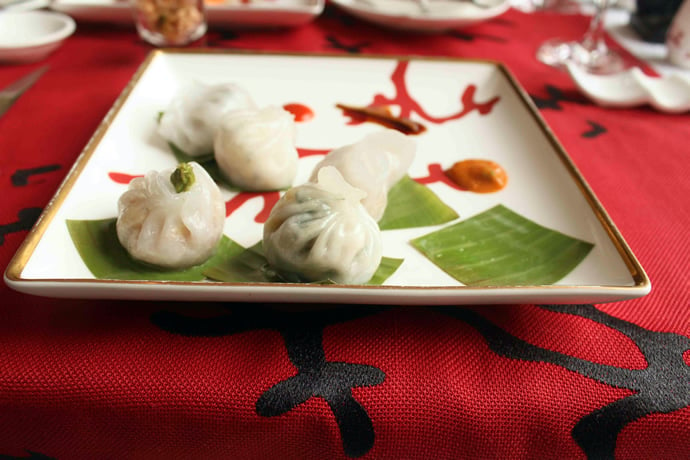 Oh My Bao!
Now I don’t mean this in the best way. Because in my experience, baos have been like the ignored stepsibling in India’s Cantonese kitchens! At 19 Oriental Avenue, it was no different. The Shimeji with Corn Bao tasted less like the East Asian mushroom and corn, and more like the white wine guzzled to force it down with. The only improvement was its crispy-bottomed nature acquired from pan-frying. I’d say go for those if dry bread is your thing. Otherwise, why fret when you can savor basket after exquisite basket of everything from Spicy Radish Glass Noodle and Traditional Har Gow (shrimp) to Minced Tenderloin with Togarashi dumplings! 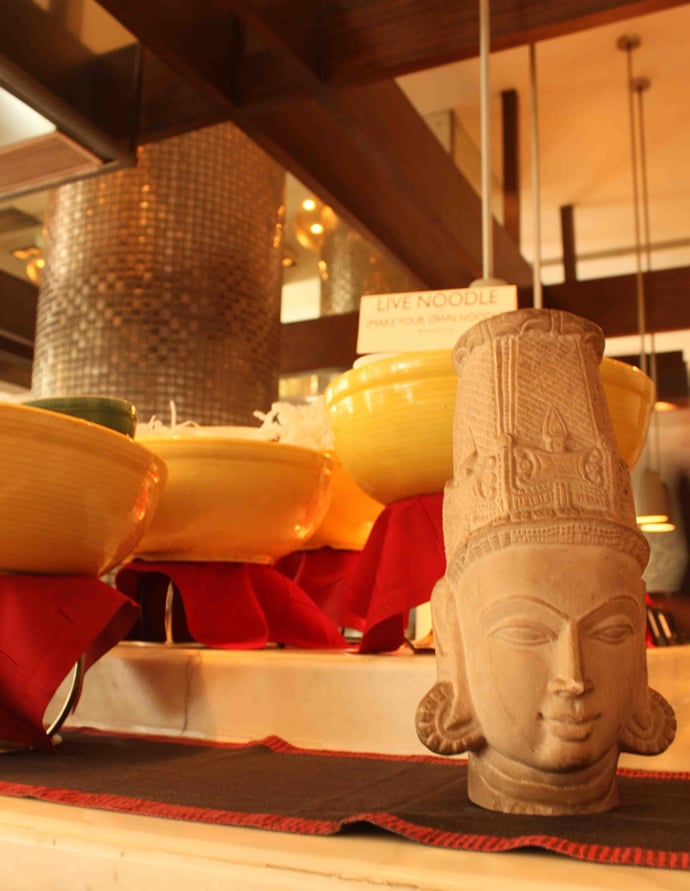 Tsugi wa – Next stop…
Live-Teppan Yaki Station! And never has salmon been so succulent. We even sampled an assortment of rolls off the Japanese sushi bar but at this brunch, it’s best you make a beeline for the Live Noodle Station. Here you can pick your own noodles, vegetables, meats and sauces for what they like to call, a Make Your Own Noodle experience. Ours came out a great sweet and soy but everything paled in comparison to the Tom kha vegetable soup. The only other time I remember having an equally well-balanced explosion of flavors was when I tried Tom Kha soup prepared by a chef who’d brought in the ingredients all the way from Thailand with herself. Although, judging from my friend’s look of submission toward his bowl, the Japanese Miso soup might’ve not been all that different. 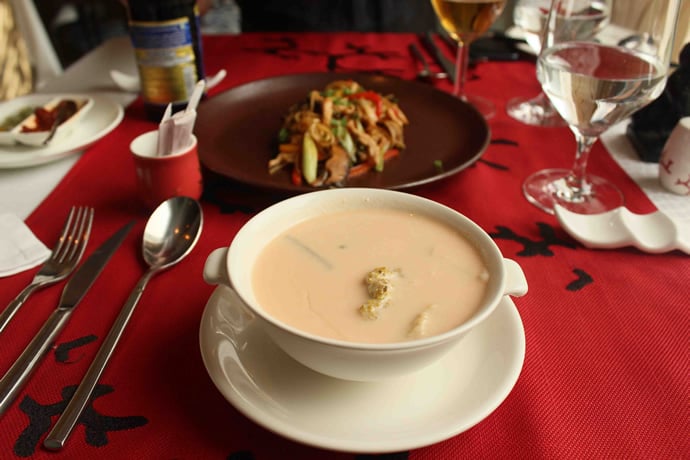 To (Dim) Sum It Up
Frankly, I felt this was the nicest way to steer clear of the Sunday buffet traffic (and save that day to veg out at home) or savor the capital’s best Tom Kha at bargain rates (given the gamut of accompaniments), whichever way you like to see it. And this could’ve only been topped, if at all, with the reinvented desserts we were presented. Do not, and I repeat, do not miss out on the Lemongrass essence crème brulee. Or the Wasabi cheesecake! It is exactly as it sounds, curiosity evoking at first, followed by awe evoking, as soon as you bite into it! 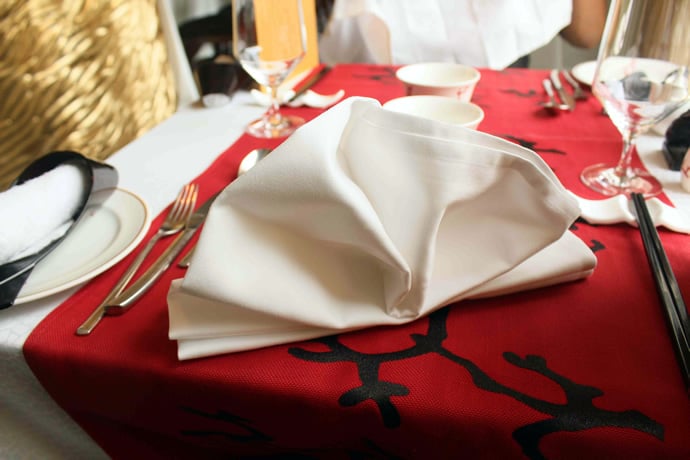