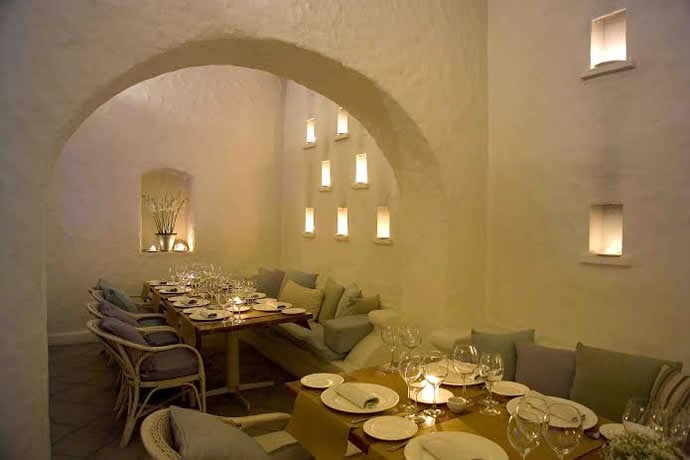 There’s a new buzzword in gastronomy. And no, it’s not “avant garde”. It’s “Olive Bar & Kitchen, Delhi”. Although you could say the two are interchangeable.

Sujan Sarkar’s new Summer Menu for Olive comes with hand picked platters to match. So when you’re not too busy marveling over the burst of flavors, you’re drooling from presentation. “Do tell how the summer menu came about”, I asked with a feeble hope of hearing the man behind the menu over the grand bustle of the pre-launch bash. “After working with and being used to 2 Michelin star restaurants, I can only go forward, I can’t go back,” he said. No clichéd- a leaf snapped off a tree and fell into the pond and as it floated, I found my inspiration- thank you very much. Although, we wouldn’t have been surprised if it had been that. It’s true though that Chef Sujan’s Relais & Chateaux, Michelin starred Galvin at Windows, Automat in Mayfair and Almada lineage does lend New Delhi’s long flourishing Bombay import a new kind of panache. So after last week’s heads up, here’s learning how – 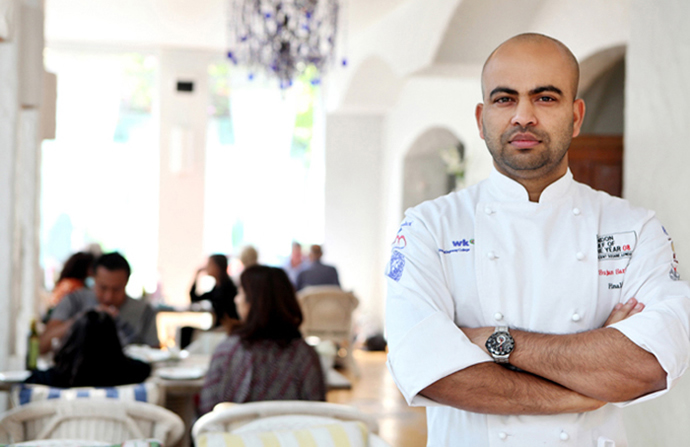 First came fairy dust that made many a fairy tale (and teeny bopper Hollywood film, if you ask us). And now there’s Olive dust that makes for a great Olive Summer Menu signature. Our first brush with this glamorous raven hued condiment was through the amuse bouche- a pumpkin cracker, with soft goat’s cheese, semi dried tomatoes and sorrel- that was accompanied by a gazpacho shot. Being struck by the prettiness of the vintage jewelry box like tray as much as the taste, we wondered if this was merely a captivating opening to a dreary improv or a prelude to a great gastronomical love affair. The Compressed melon terrine confirmed the latter. At that point, I admitted to my companion, “It’s beauty that can be tasted.” With slabs of colorful, creatively stuck melon, mounds of green apple and a chip of parma ham, the dish was like art that requires a sous vide machine; Olive has two, Chef Sujan confirmed.

And while its citrusy coolness made better with the avocado sorbet signaled a great start, we were very much hankering for the creamy texture that had so far been provided by the feta. Enter, Heirloom tomato salad. Now anyone who likes tomatoes is instantly going to fall in this love with this unexpected dish of various shapes and sizes and even colors of tomatoes paired with a burrata sorbet. (The olive dust is almost the only saltine element.) And those who don’t might still want to try it to learn there is more to the ketchup quintessential than one imagines. It’s veggie follow up, Charred baby gem and summer vegetables turned out to be equally exhilarating. This one was a lot more complex though, pleasing the mind as much as the palate, as we sought to deconstruct it from its army of ingredients that ranged from fleshy tomatoes to beads of corn, broccoli to savory granola and smoked goat curd. There was still one thing that we couldn’t quite explain. Chef Sujan decoded the conception of the mystifying ingredient, vegetable charcoal, which was basically by charring a kind of lettuce called baby gem. Not only did this compliment the smokiness achieved through the goat curd, it even left behind dark traces on the platter. By now, we were seriously starting to ponder over the chef’s favorite pastime because there’s a high chance he may just be a closet portraitist. His artistry continued with the Goat’s cheese mousse with salt baked beetroot salad, with crispy beetroot, apricot and orange puree, candied walnuts and wild rocket. Now the name says it all in this case. What it doesn’t reveal though is that this one’s come to be a personal favorite. With its array of ingredients, one encounters a delicate progression of textures that are only rarely seen in something such as a salad.
After such toothsome entrées, it was only right that we slurp down a lemon sorbet to prep us for the rest of our summer food trail. We hit a slight bump though with the cheesy gnocchi, that was a direct contrast to the rest of the courses (and would be best transported to a wintrier trail.) But if we were complaining, we stopped as soon as we took a bite of the Braised Belgium pork belly. Perfectly cooked, if there is such a thing with pork, it came hoisted on a platter with carrot puree, mustard glaze apple and crackling. Thanks to the influx of some incredible eateries, the capital’s now all too familiar with carrot puree; the mustard glaze apple may well be called the rising star of European cuisine but the crackling, now that’s another thing. A brief chat with the Chef revealed this was a take on the crisp fatty skin of roast pork, prepared over days after a string of frying and freezing. We could’ve never guessed. Now that pork belly is clearly worth going back for, but at this point, I should probably mention the drinks. The martinis are the kind that have gotten with the program (read- vodkatinis) but great, nevertheless. One must try the watermelon pre (divine) dinner and end with the espresso, which, might I add, is surprisingly, one of the best. As are the desserts, as it turned out. Mighty full from our tasting, we couldn’t have thought there’d be room for more but true to the theme, a mille-feuille of mango appeared. Now if mango is the king of fruits, one might as well christen this the king of all desserts. Served with mango sorbet and mango and mascarpone mousse, the bell jar on the platter begs for a mashing. Try it, not only is that a fun end-of-dinner activity, as I discovered, it tastes unlike anything else, with the mango doing a tango with meringue, no pun intended. We also tried the Pavé of chocolate ganache (our last tasting had resulted in some newfound enthusiasm). Here’s a fun fact, Chef Sujan S. besides working with Sous Vide and Modern & Molecular Gastronomy, is also a whiz with chocolate. And if you’re a fan unable to find their share in dark cocoa, this pavé with a further dusting of chocolate is ‘it’, served alongside orange sorbet, orange jam and popcorn to break the bitterness. And as we found ourselves in our last few moments of attempting to battle the food comma that would ensue nonetheless, the Chef swooped in to tell us this was only the beginning. Now as stereotypical as that might sound, it’s true in Olive Qutub’s case. Much like the company’s other two triumvirates (Manu Chandra and Guppy by Ai’s Vikram Khatri), Sujan S. had come into his own; with not just the all-new summer menu but also a host of other developments at the establishment that Delhi shall soon come to be known for.