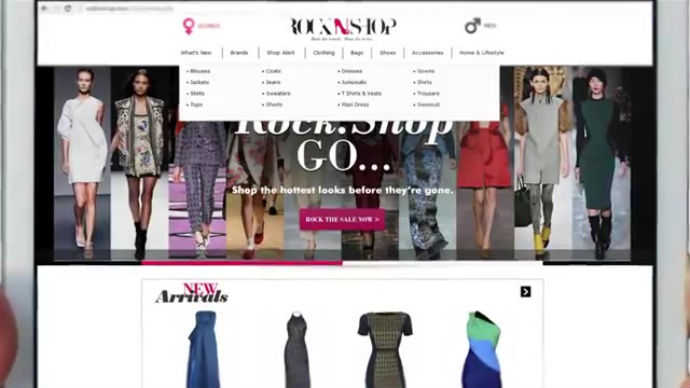 Over the last two days, we gave you ample agendas for the week and also for a rather rough-weathered weekend. However, if you’ve been looking for something different, allow us to propose what has little to do with music, food or drink (but would only be enhanced with a bit of each)- online shopping! We promised you we’d come back with a play-by-play on our RockNShop experience. And here it is. But before that, let us first refresh your memory. 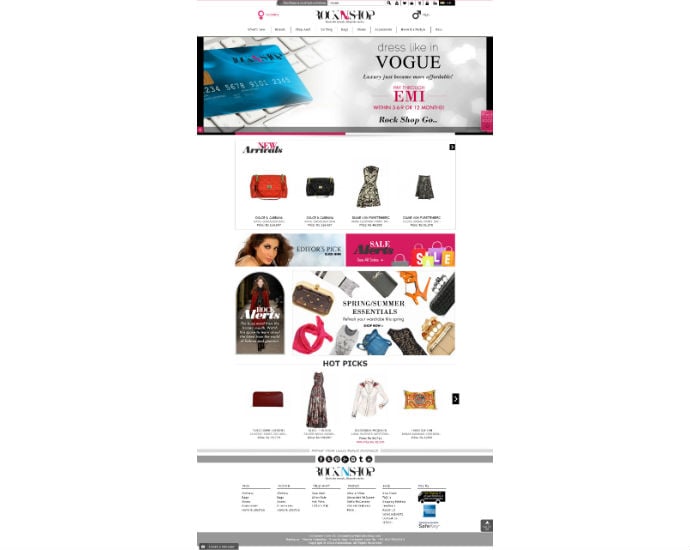 Founded by the ‘Kitsch’ sisters Priya and Charu Sachdev, RockNshop.com, India’s premier online luxury fashion destination took the luxury fashion world by storm when it launched in April. It reached a new high for stylistas after making EMI (Easy Monthly Installments) facility on online purchase of luxury fashion possible. And then there’re the discounts on the website that make luxury shopping all the more affordable. 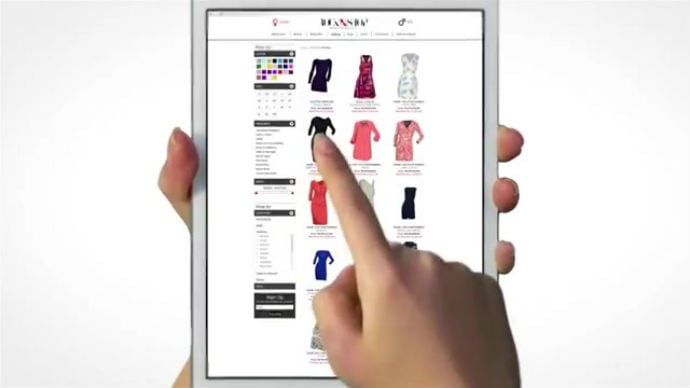 We took our cue on one such day after slashed-price sightings. Now on the off day that you don’t have plans to shop, you still want to visit the website even if its just to ‘rock’ and not ‘shop’. For all that its ‘New Arrivals’, ‘Rock Alerts’, ‘Hot Picks’ offer, to sift through before, during and after work. One could say the website is a lot like a dynamic magazine that effortlessly keeps you coming back. On other days, there’s Diane Von Furstenberg. 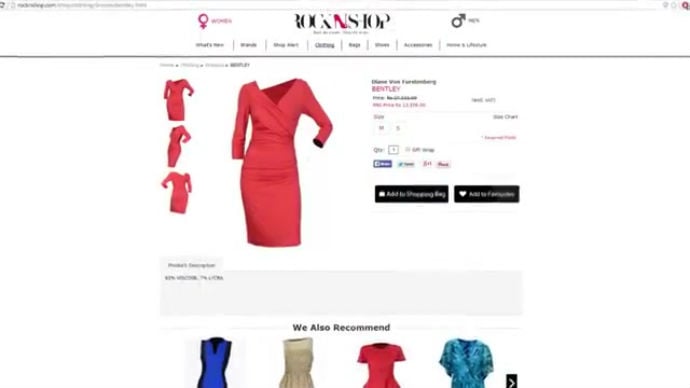 It’s not often that you encounter a DVF number capable of stopping you dead in your surfing tracks. Unless perhaps, if you’ve physically walked into Kitsch or other such. But to find the first lady of wrap dresses metamorphose her aesthetics into such a ravishing avatar was like an out-of-body style experience. Or rather, I’d have liked it to be one. One that could take me right into that dress! EMI or no EMI, return policy or none, one still wants to be sure of what they’re putting their, I’m going to say “shoe” fund money, on. 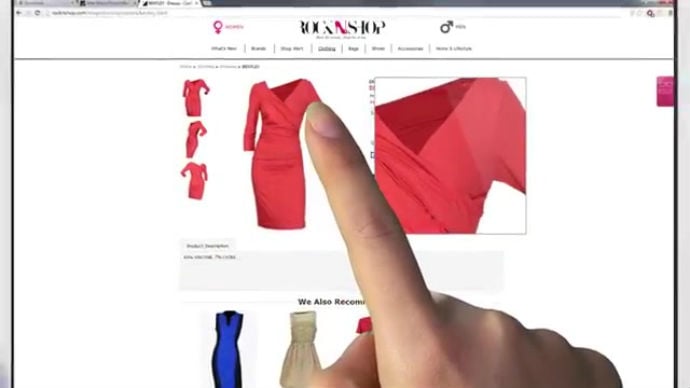 Those like me who like to ‘feel the fabric’ in the literal sense of the phrase (so “zooming” is ruled out) and try on something ten times to be sure, are still getting used to online shopping. So it’s a good thing then that in all its drapes and curves, the DVF Bentley dress came sans skinny model. Yet the snug garment looked form fitted to perfection. Frankly, even those real people photos that a lot of companies are going for these days? Does not work for me. 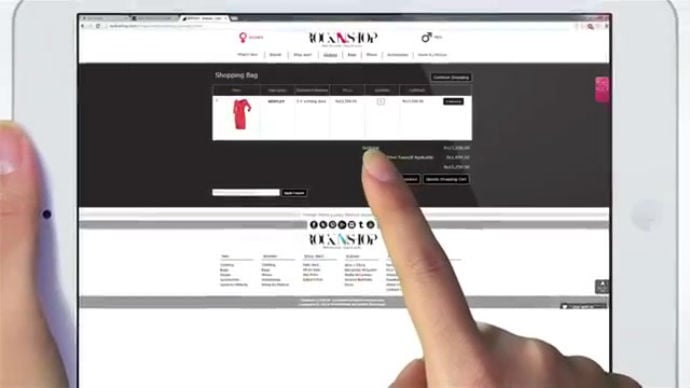 There’s simply no greater downer than seeing an outfit make another, real person or model look traffic stopping and you, downright frumpy. Thankfully, and true to standards of the luxury industry, RockNShop comes without gimmicky trimmings. So not only had I found what I needed, I found it the way I needed it found. After that, it was simple. You see, after you have your pick or several, you just have to confirm and go to ‘payment’. 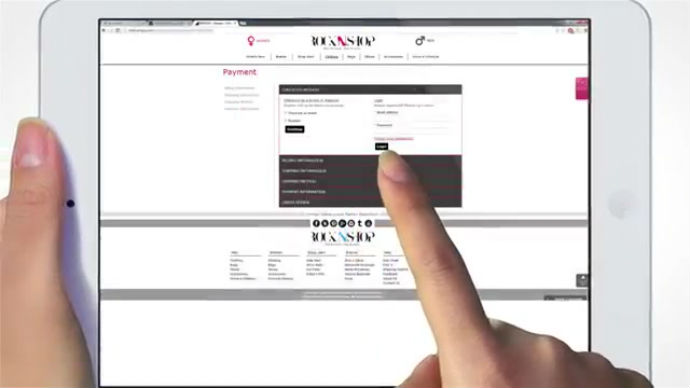 Once there, you either sign in or if you’re a first time RockNShopper, get your free membership, the latter being just as simple as the first. Just punch in bunch of personal info like your name and email address (yep, that’s about as invasive as they get) and select your log in information. I know these formalities may seem fairly standard to those who’re relatively well versed. But to someone who doesn’t do this very often, they did end up dispelling a lot of myths related to online shopping. 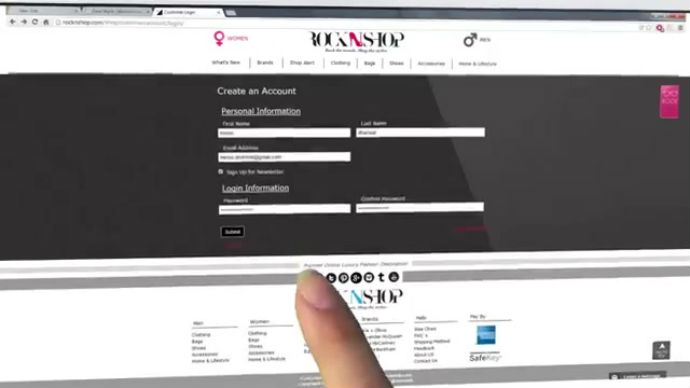 From when the transaction was complete down to the moment when the package arrived! Neatly secured in transparent plastic, the packaging is simple and the labeling succinct. RockNShop lives up to the benchmarks of the brands it endorses. Although, given that two fashion icons have put their perfectly coiffed heads together and started something of many firsts, such observations aren’t exactly surprising. 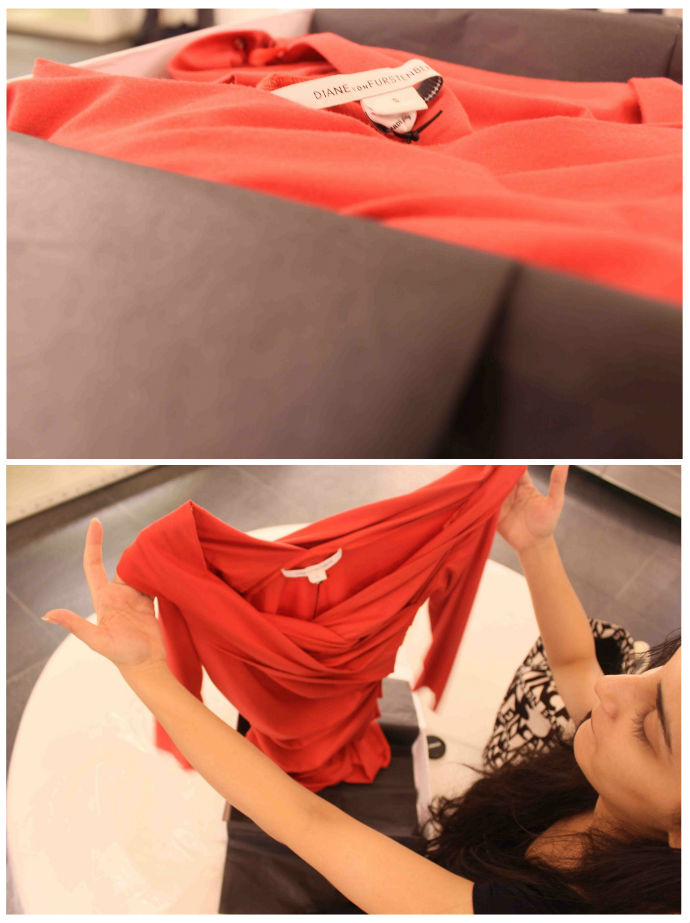 Somehow, receiving the DVF number and seeing it fit like a glove, however, was. Turns out, things that take you from a behind-the-laptop-screen ragamuffin to red carpet chic aren’t exactly as far as they’re made to be. That very laptop in fact can be you gateway to not just your everyday wealth of information but also a wealth of compliments. And not just ‘for her’ but ‘for him’ too! The stiletto that completes the ‘N’ in the RockNShop logo for women could just as easily be a tie, if you know what I mean. 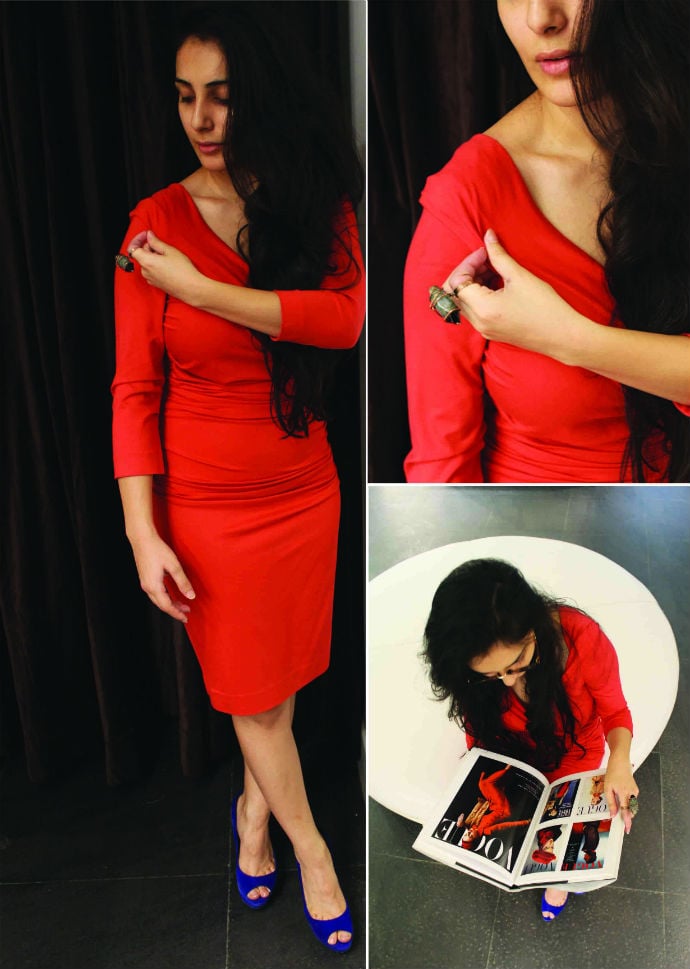