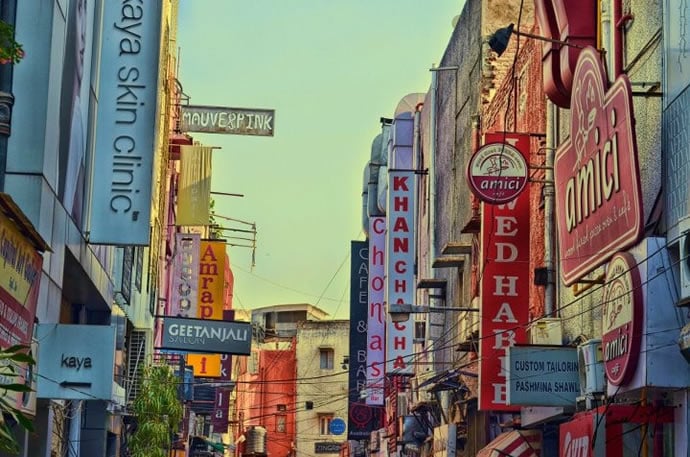 If you ever said you needed the scoop on Delhi, I have here, a curated a list of, well, curate-ables from the capital city. So Delhi up!

Khan Market
Several times ranked the costliest retail location in India, the illustrious Khan market has truly been a “Khan” of the Delhi shop-o-sphere. One of the firsts in the capital to induce opulence, be it in food, fashion, décor or watering hole revelry, the high end market has long been a recreational niche for the rich. Especially seeing as how it comes ensconced in the heart of upmarket residential settlements as Sujan Singh Park, Golf Links and Shahjahan road. 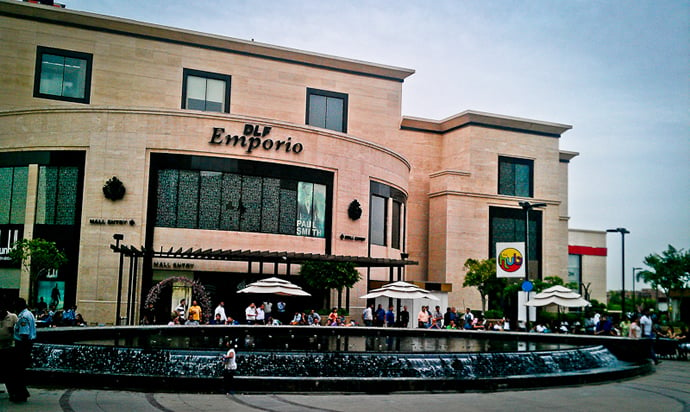 DLF Emporio
Its currently fading glory, however, can be attributed to the gleaming magnificence of Emporio, a property of the distinguished DLF Empire which houses the plushest of plush labels in luxury, Indian and otherwise. Oh, and in case you didn’t know, Vogue hosts Fashion’s Night Out at DLF Emporio in September each year which is an event showcasing a multitude of high-fashion brands at their brilliant best. The extravagant expanse is also home to Set’z, a swanky multi-cuisine restaurant that started out as Zest but hasn’t aged a day since, in terms of its highly sought-after appeal. 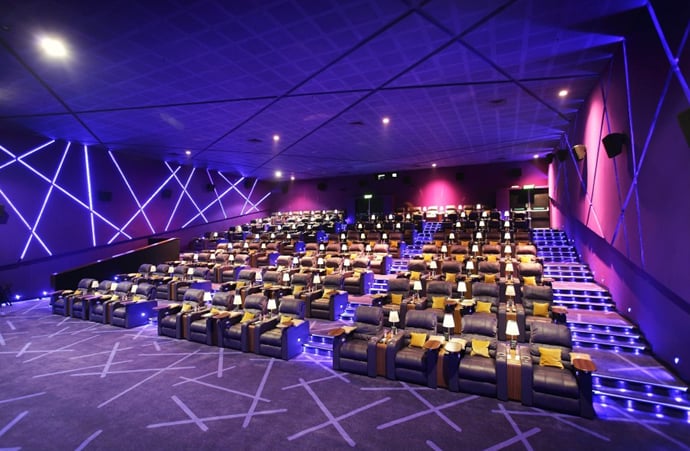 PVR Director’s Cut
Right next door in Ambience mall is the highly ambient Director’s Cut by PVR where a single ticket on a weekend costs Rs. 1,400. Why, you might wonder? Gold class seats (only) and splendid snacks if snacks could ever be splendid, including decadent desserts by popular Parisian-style patisserie, L’opera (and it has the best restrooms!) Personally for me, trashy food from the “candy counter” or whateveritsnameis plays nemesis to any great film protagonist, so (both) thumbs up to the concept. 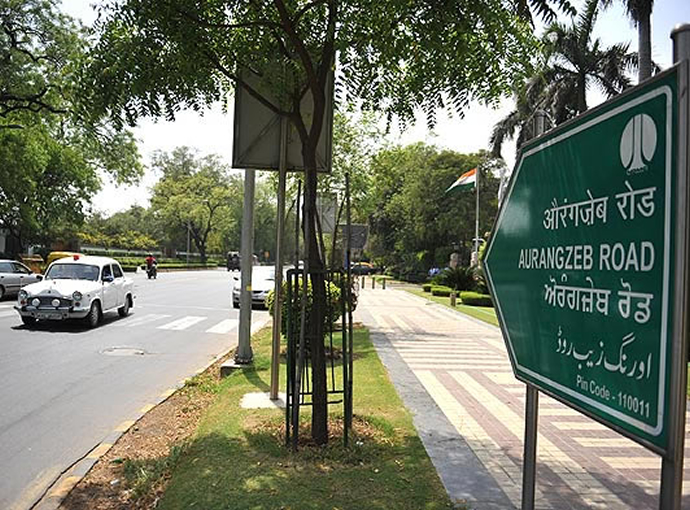 Aurangzeb Road
The billionaire beckoning Aurangzeb road is one of the prominent areas in the lush Lutyen’s Delhi, not too far (not if you own them Jaguars) from the Prime Minister’s residence! Fact files say that high net worth individuals such as steel tycoon L.N. Mittal, DLF’s K.P. Singh, Jindals, to name a few, are what or rather, who add to its stupendously posh status. So while the bungalows here come bathed in Wealth, with a capital “W”, yes, us mere writer-mortals (with a small “w”, ugh) can only chant “only looky, no live-y”, each time we pass by. 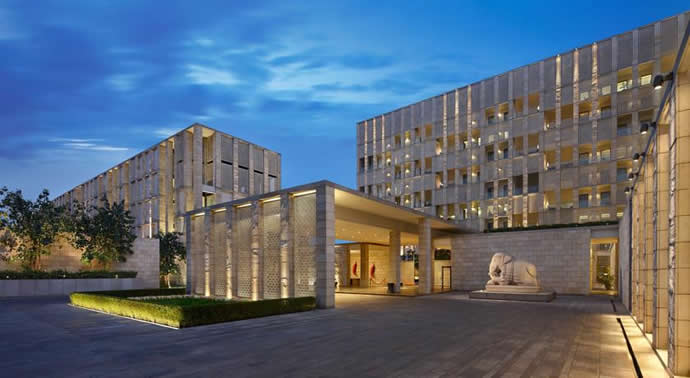 The Lodhi (Aman hotel)
If you aren’t a bungalow buying multi-billionaire (yet) but like to splurge all the same, Aman hotel by founder Adrian Zecha’s Aman resorts chain, rechristened ‘The Lodhi’ earlier this year is the place for you to be (read:stay). The DLF owned and managed Aman New Delhi is a 40-room hotel, with 28 apartments, spread over an opulent 7 acres. With rooms starting at $650 (Rs. 35,000) a night and meals that can set you back by Rs. 10,000, it was and still remains the city’s most expensive hotel. 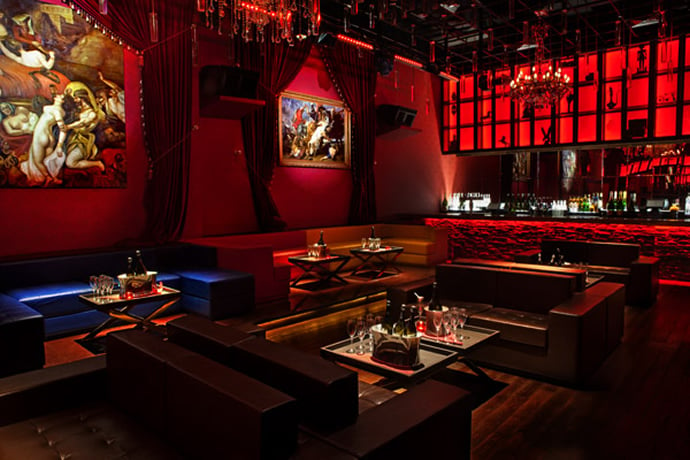 Pangea
Über- chic ultra club, Pangea, now comes to the capital. After setting glamorous grounds in London, Miami, Monte Carlo, New York and Singapore, the Gatsby-esque destination adds Delhi to its marvelous marquee. Launched at the admirable Ashoka hotel, Pangea is the only place, perhaps, where you can sip on a cocktail garnished with diamonds and made with edible gold, and burn the dance floor, à la Madonna, Leonardo DiCaprio, Kate Moss, Devid Beckham and even Prince Harry, to name a few fanciers of the flagship. 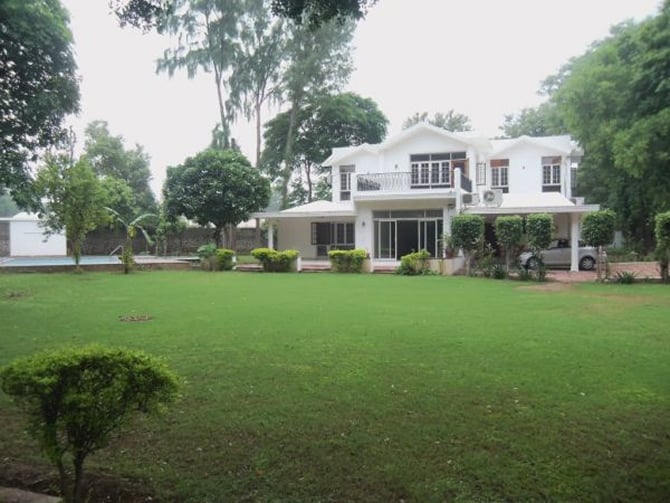 Chattarpur farms
Who needs Pangea-shangea when you can have a farmhouse partay! If you are anyone who knows someone, someone big that is (metaphorically and most likely in proportion too) as they all do in Delhi, you are bound to know the ins and outs of Chattarpur like the back of your Cartier clad wrist, err, hand. The capital-skirting location is farm-fantastic and the one stop party shop for marriages and private events alike. And hey, I’m a Delhi-ite, I’m allowed to digress at will and randomly start rattling off brand names. Pfft! 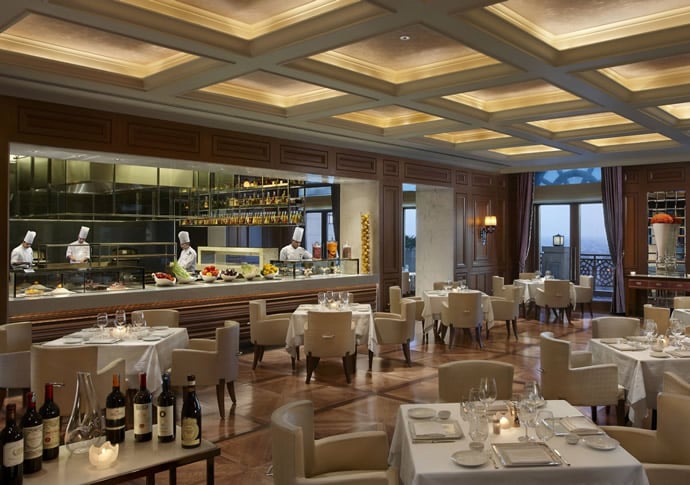 Le Cirque
The New York Le Cirque is the city’s most expensive and the renowned restaurant’s Delhi outpost, only fourth in the whole world, is quick to follow in its footsteps. With a first rate lobster risotto for Rs. 1,800 and ‘Tournedos Rossini’ with foie gras and truffle-madeira sauce at Rs. 3,500 it serves up some extravagantly eclectic French-Italian fare which won’t burn any less than an avant-garde hole in your pocket. 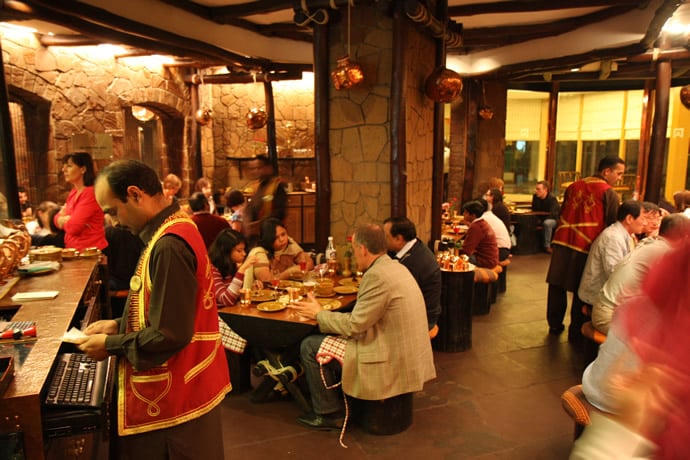 Bukhara
While ever-burgeoning European cuisine may have conquered palates aplenty, a true dilliwallah’s heart beats harder for nothing than the good ol’ Dal Bukhara. Served up at ITC’s Maurya Sheraton, food at Bukhara is refined fit for royals. The esteemed elegance of this eatery has impressed the likes of innumerable eminent personalities. Bill and Hillary Clinton who never failed to make a pit stop at their scrumptious supper spot, now have a “Presidential Platter” and a “Hillary Platter” on the menu to boast of their respective Bukhara favorites. 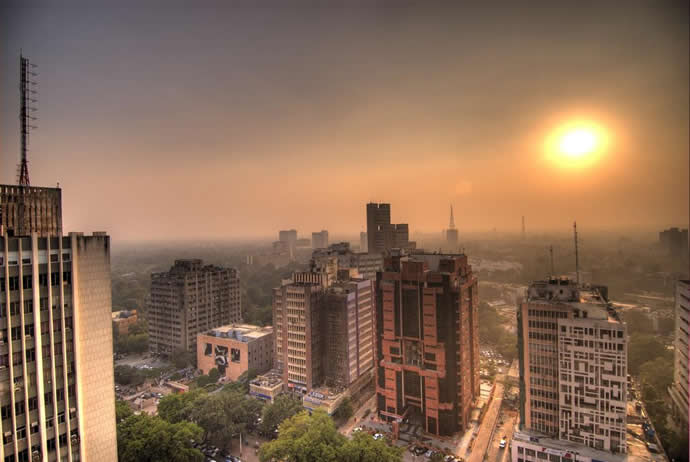 Connaught Place
Taking center stage in the capital and the fifth spot in the world’s-most-expensive-office-spaces list is Connaught Place. At an occupancy cost of $178.96 (Rs. 11,500 approx.) per square foot, the twin-circle architectural marvel is touted as a “high quality property” and in great demand among multinational companies. Fortunately for most of us, non-multinational-corporation-owners there is a decent Starbucks around the bend offering a White Chocolate Mocha ‘Grande’ at just Rs. 165 with CP’s antiquated British elegance free of charge.

Given the prosperous climate of the capital, there is plethora of posh pointers. But beginners dip your toe in, one (or ten) Delhi tip at a time.

Update– Vogue Fashion’s Night Out is no longer held at DLF Emporio, it has moved to Mumbai.