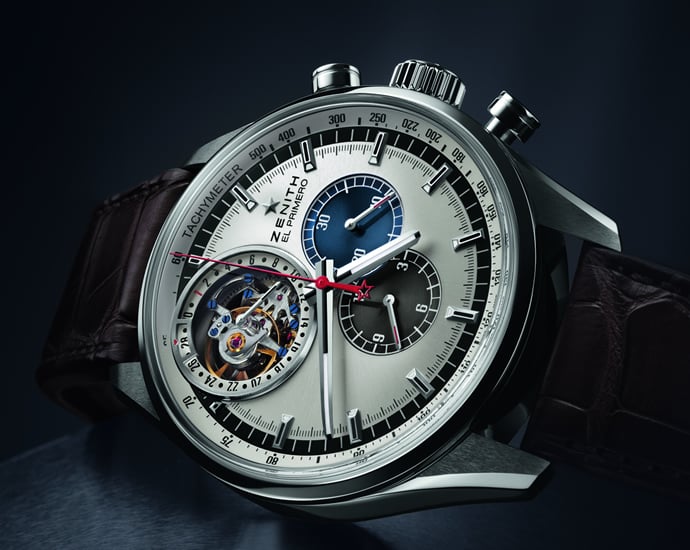 Zenith has launched a limited edition timepiece, El Primero Tourbillon with supreme horological complications, the tourbillon and the world’s best watch movement. The watch with a distinctive personality has been showcased to commemorate the first automatic integrated chronograph.

Peeking at you from the sophisticated dial is the complex tourbillon mechanism, this 69-piece limited series is a nod to the year that saw the legendary birth of the world’s most precise series-made chronograph, the El Primero Tourbillon. With a beautiful white gold case, it lies a unique horological feat that involves associating a high-frequency chronograph with a tourbillon. First presented in 1969, it is designed as an inseparable whole; it had no additional module, but instead a construction, based around a column wheel and a ball bearing-mounted central rotor.

Its complexity was further enhanced by an over 50-hour power reserve. And because the word impossible is not part of the Zenith vocabulary, it was also equipped with a date and measured a mere 6.5 mm thick and 29.33 mm in diameter. The tourbillon carriage spins at a rate of one turn per minute at 11 o’clock, encircled by an additional complication in the shape of an ingenious Zenith patented date disc.

Zenith El Primero Tourbillon’s asymmetrical design serves to highlight the tourbillon mechanism while preserving the finesse and elegance of its lines. It is available in various collaborated stores at a price on request basis.