Fendi. Chanel. Karl Lagerfeld. No, I’m not naming the must-haves of this season. I’m talking about the man-behind-the-scenes, Karl Lagerfeld. Lagerfeld’s appearance lives up to the expectations of a fashion maestro. The collar is high, the hair is powdered, the lips are huge, the glasses dark. At 81, Lagerfeld is widely viewed as a genius of modern fashion and right now he is at the very top of his game.

The fashion’s consummate multitasker manages to balance his work for Chanel, Fendi and his own brand, as well as a steady stream of photography and illustration commissions, by cultivating a zen-like detachment from his work.

This week, we decided to unveil a few facts about him which we’re convinced you wouldn’t know. Here are 11 less-known facts about Karl Lagerfeld. 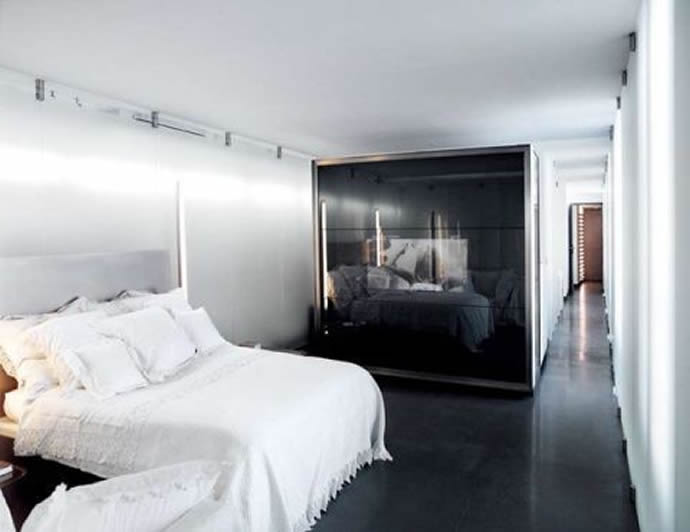 11. Karl Lagerfeld has a notepad close to his bed as he usually has the best ideas in the morning, when he wakes up.

10. Karl Lagerfeld’s quite the favourite with his employees. In fact, Anita Briey, Karl’s Director of Atelier, has made it well past the 50-year mark. She started working with Karl as an intern back in the ‘60s! 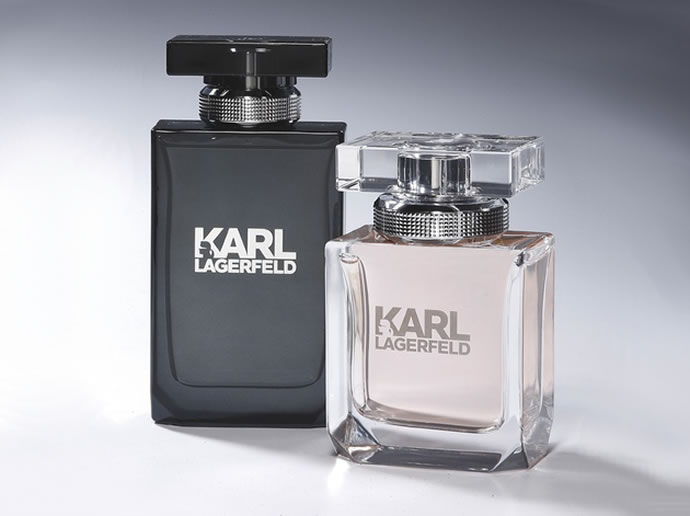 9. Everyone can have a little of Karl Lagerfeld with his recently launched perfume collection. U.S. departmental store Macy’s now exclusively hosts the fragrance range for both sexes. The green floral fragrance with musk and amber base notes is, acccording to Karl, “like fashion for the nose”. 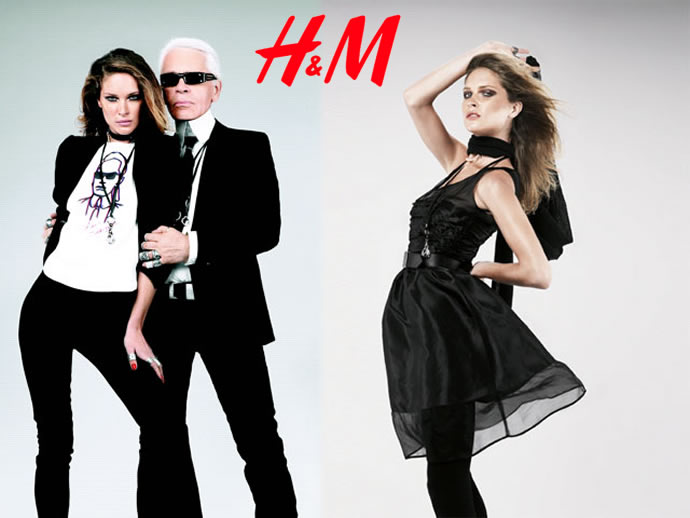 8. Karl Lagerfeld stamped his style on a collection launched in H&M stores. The collection was sold out in a few minutes. Well, no surprise there! 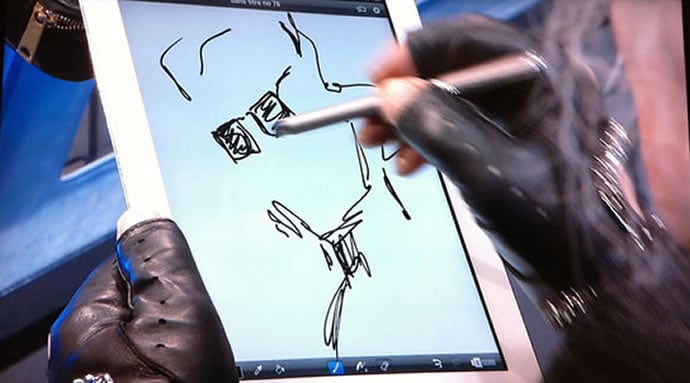 7. Design diplomas and fashion degrees may be for the paranoid few. Lagerfeld has never stepped foot in design school. He thought about being a portrait artist or illustrator before becoming a designer. He still sketches, and is rumored to keep his works on a library of iPads. 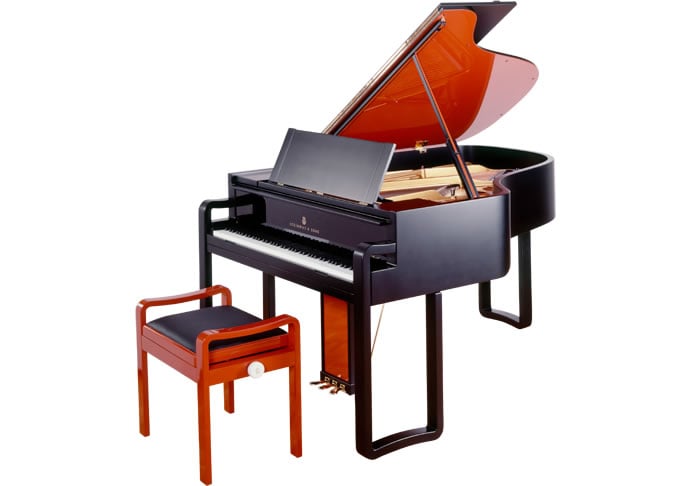 6. You may be rich, famous and successful but you are still allowed to dream. Lagerfeld would have liked to know how to play the piano. 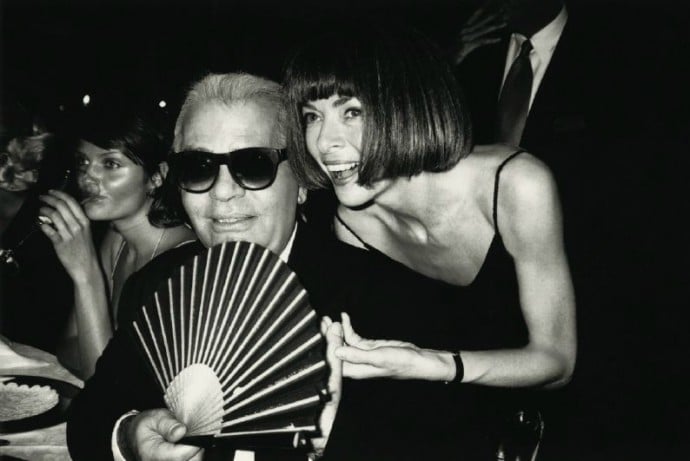 5. A man of this power has to have some controversies; in 1993, he caused U.S. Vogue editor-in-chief Anna Wintour to walk out of his Milan Fashion Week runway show, when he employed strippers and adult-film star Moana Pozzi to model his black-and-white collection for Fendi. 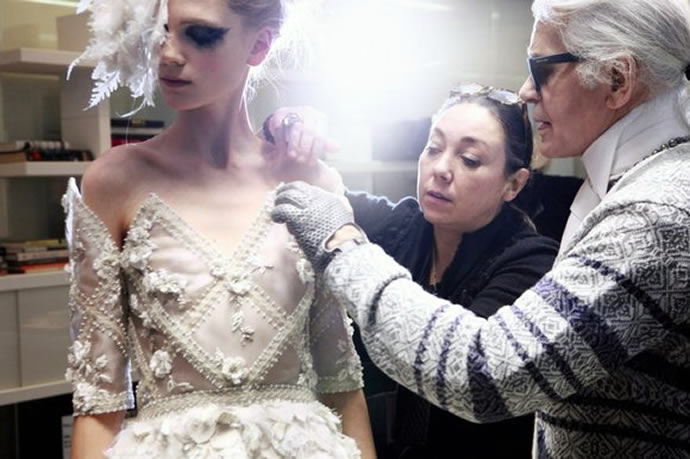 4. For me and you, love, technology, socialising and food may be life per se! But for Karl, these are a few amongst other things that he could do without. I guess that’s what happens when you are really successful and don’t have time to spend on the usual stuff. 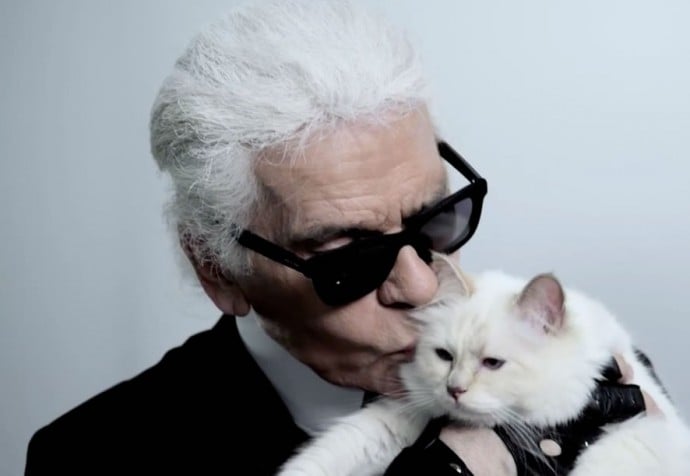 3. Did you know Lagerfeld has a cat? Maybe you did, but what you didn’t know is that the cat once belonged to Baptiste Giabiconi. Karl Lagerfeld took care of it while Baptiste was on holiday, and refused to return the cat upon the rightful owner’s return. 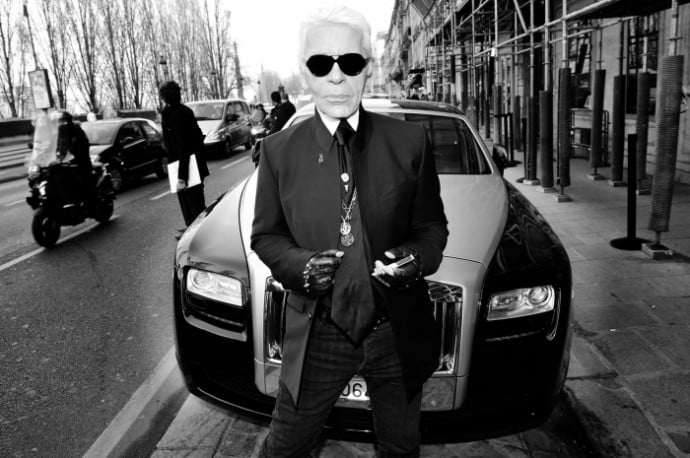 2. I would have definitely imagined campaigns shot by Karl Lagerfeld to be shot across the picturesque beaches of Bora Bora or the bustling streets of Prague – definitely not in a bookstore! However, you would be amused to discover that all his campaigns are shot in a bookstore in the 7th District of Paris. 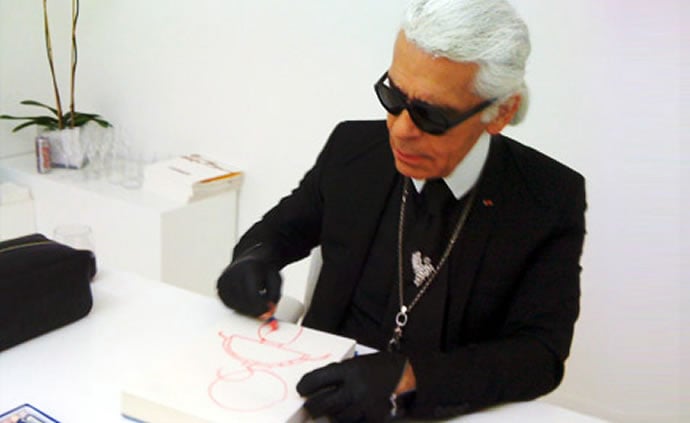 1. In this day and age, one can’t expect fashion icons to use conventional stationery to create their fabulous sketches – especially not someone like Karl Lagerfeld. Since over two decades, the fashion maestro has been using a custom-made red eye shadow by Shu Uemura to produce his sketches.