It’s not just your food, but your shoes too that have gone vegan! Thanks to Adidas, the world now has its first pair of vegan boots that are made using recycled materials and components, which have been “closely analyzed to ensure they conform to both vegan and elite performance standards.”


Created in association with Stella McCartney and Manchester United’s Paul Pobga, the shoes are gender-neutral and are a cool ode to new-age fashion. They are titled ‘Predator Freak’ and feature white with purple and green graphics on the upper along with iridescent detailing on the sole. 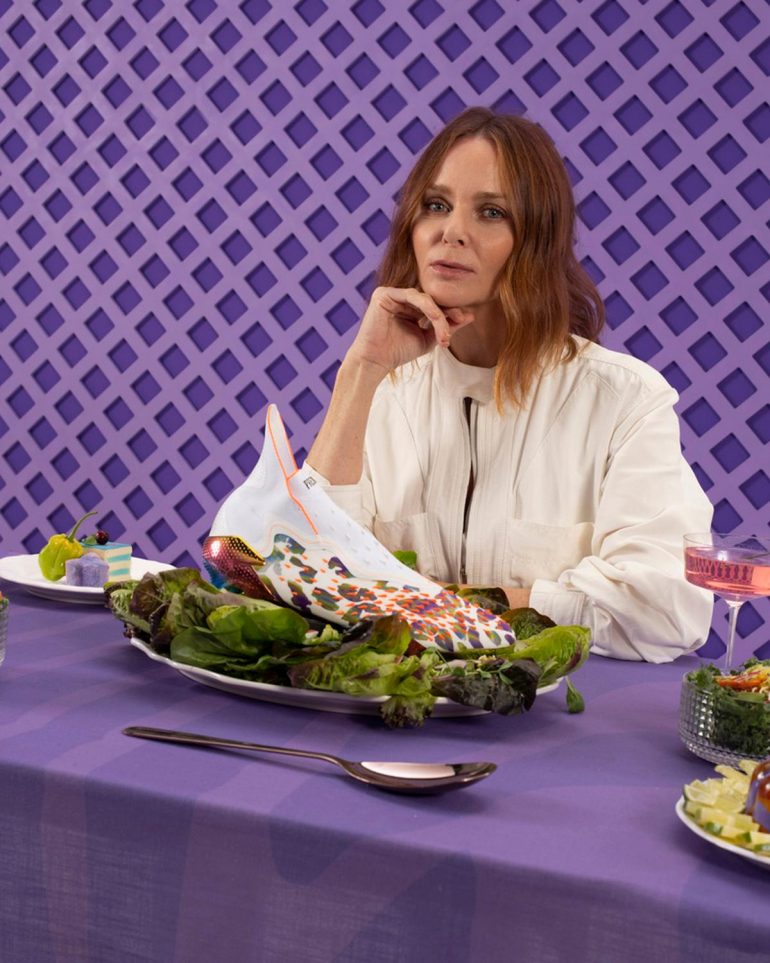 On the back, the boots come with the Stella McCartney logo with other features including the classic Demoskin plugs (calibrated by a computer algorithm to afford improved ball control and swerve, feature on the boot in signal orange) and the upper made using Primeknit. 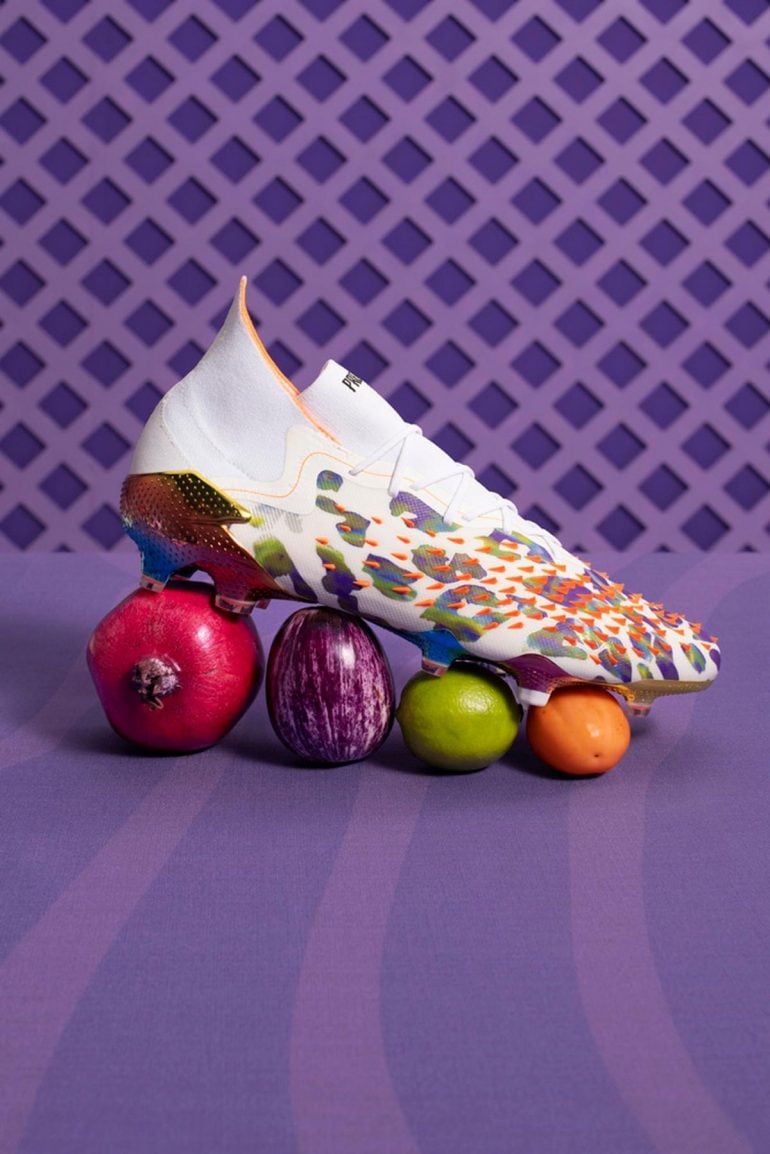 Commenting on the collaboration, Stella McCartney said, “Since the start of my collaboration with Adidas, we’ve continued to push the boundaries in high-fashion and performance wear, so it’s incredibly exciting to be expanding into the world of football; with the superstar athlete Paul Pogba.” 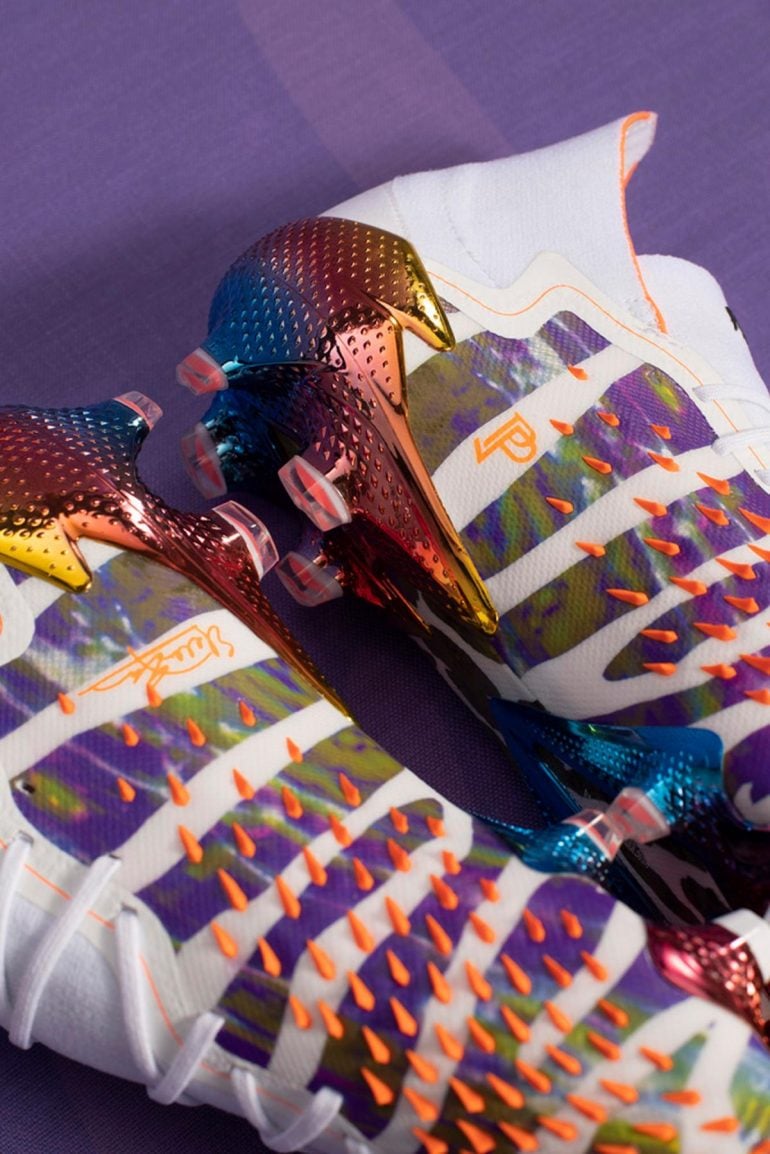 She further added,” Creating with the planet in mind is core to the Adidas by Stella McCartney partnership, and as the first Adidas vegan football boot, the Predator Freak also uses part recycled materials. Working together on the design and bouncing ideas off each other was such a fun experience, and the boot perfectly fuses the world of fashion and football, showing how we can continue to create with the planet in mind.” 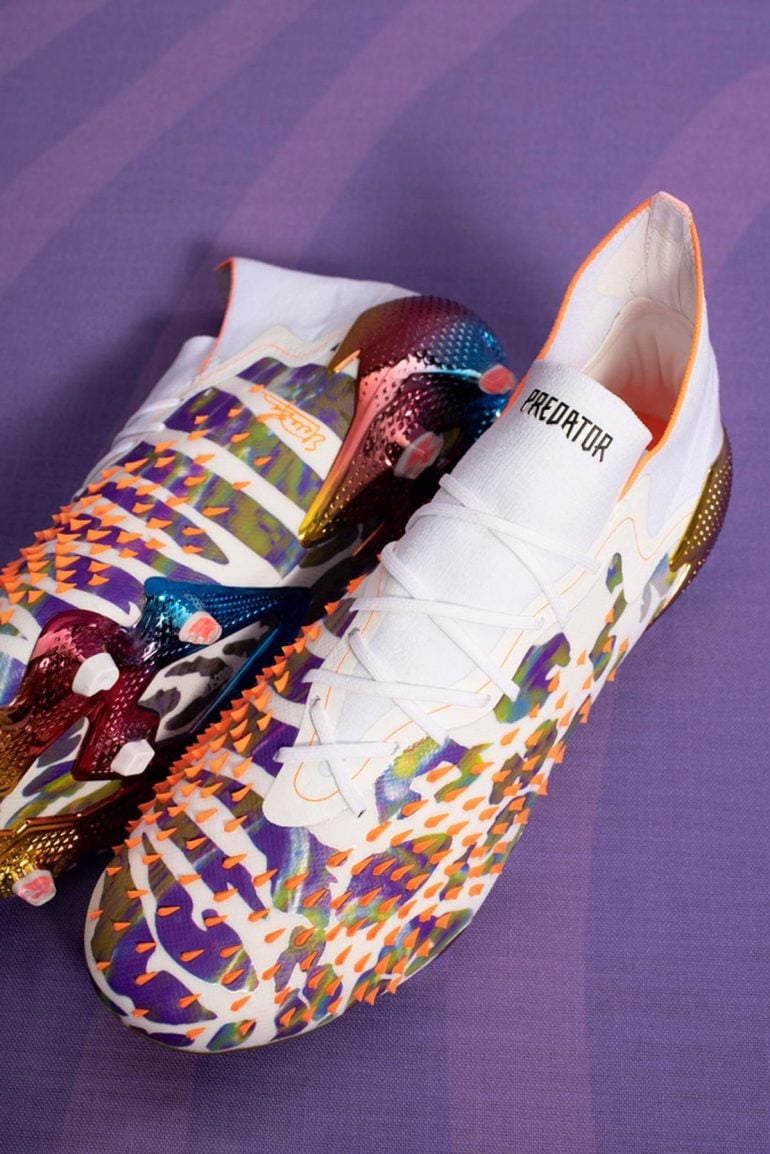 Remarking similarly, Paul Pobga stated, “I am a footballer first and foremost, but I have a huge interest in fashion and design, and I’ve always wanted to explore this further. This collaboration has been particularly special for me because I’ve been a fan of Stella McCartney’s work for a long time, so when we came together for The Huddle last year and had this idea, it felt like the perfect opportunity to create something. It was in the middle of lockdown, and I was missing playing football so much, so it was an incredible feeling to be able to focus on something that combines my love for the game with my passion for style. The boots we created with Adidas are bold and unique, and I can’t wait to wear them when I step onto the pitch.” 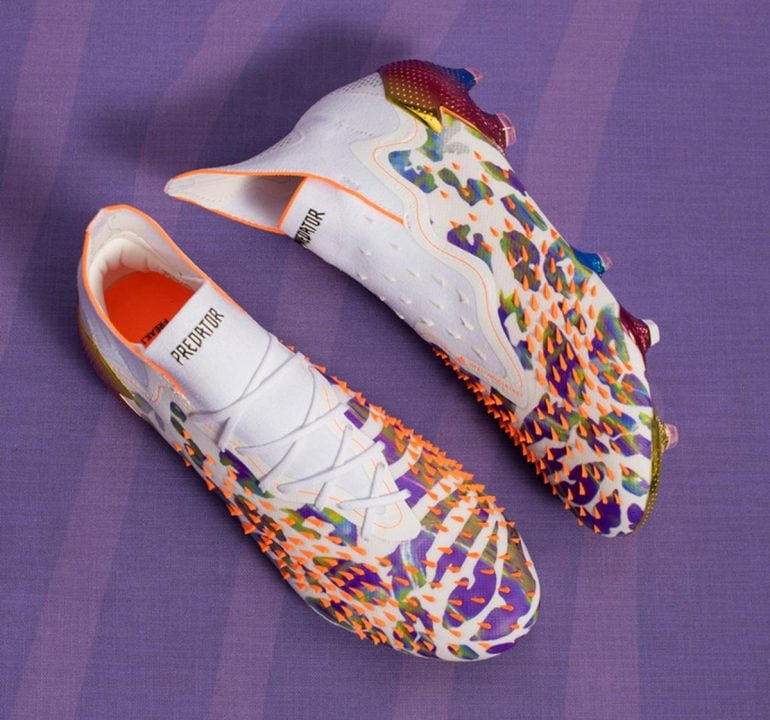 Complete with an opalescent finish and an ombré rainbow mirror metallic plate and heel logo, the limited-edition, dual-gender Predator Freak boots are currently available onward $290 in select stores as well as online. 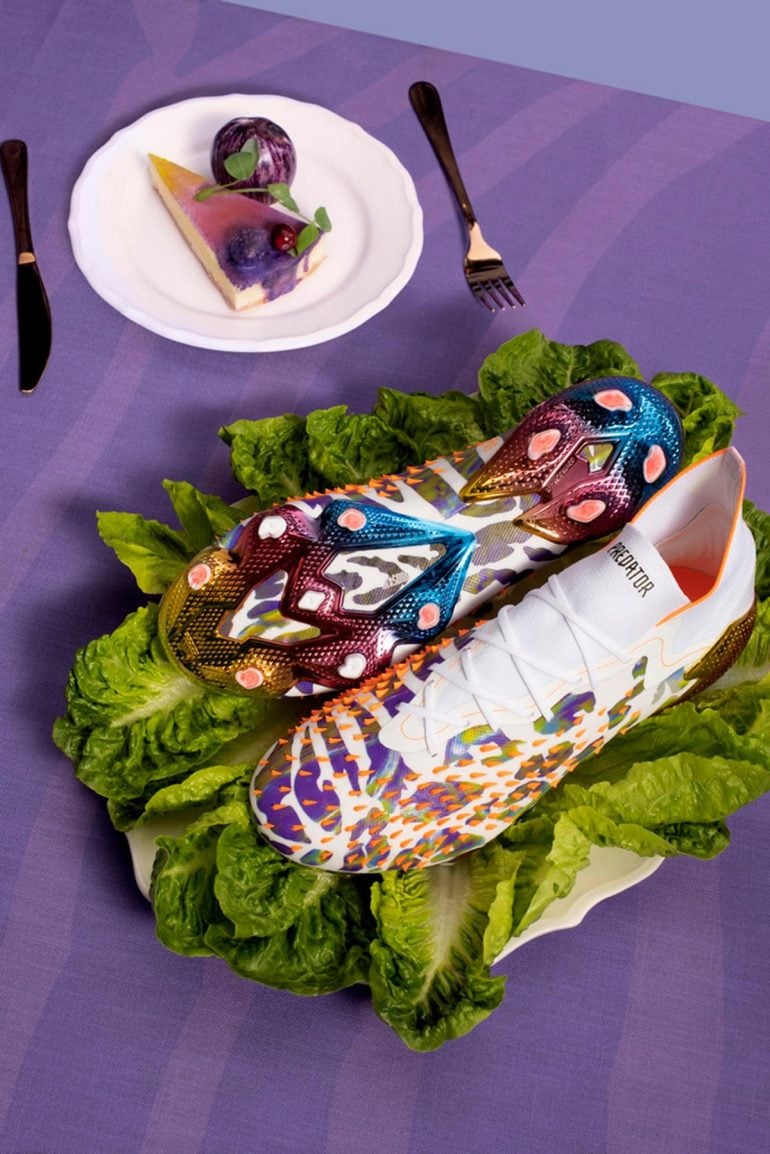 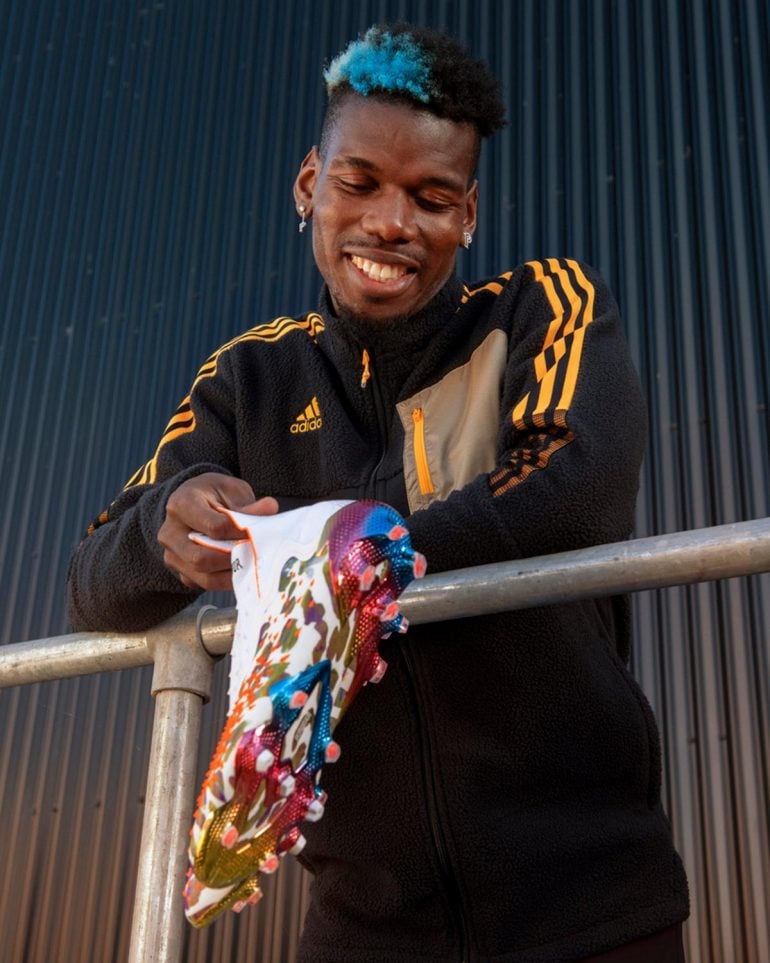 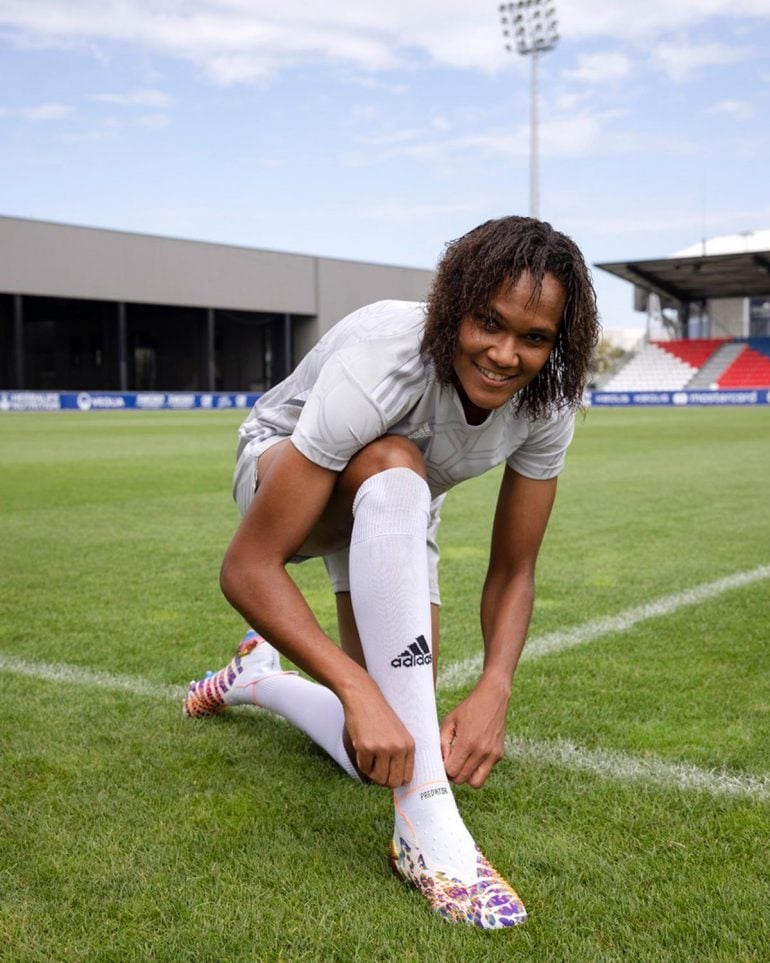 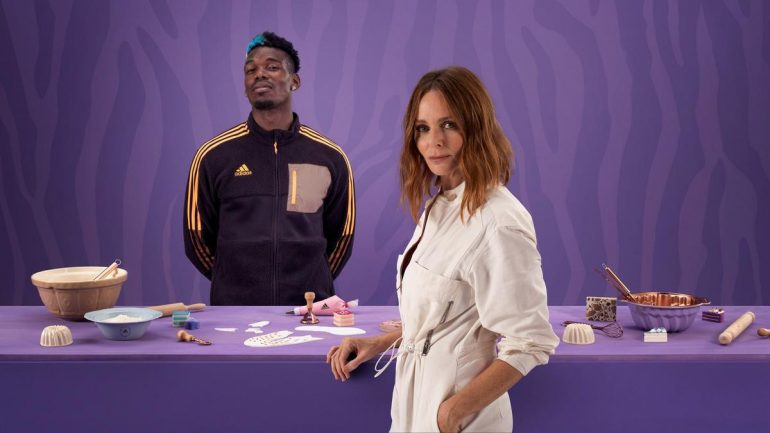 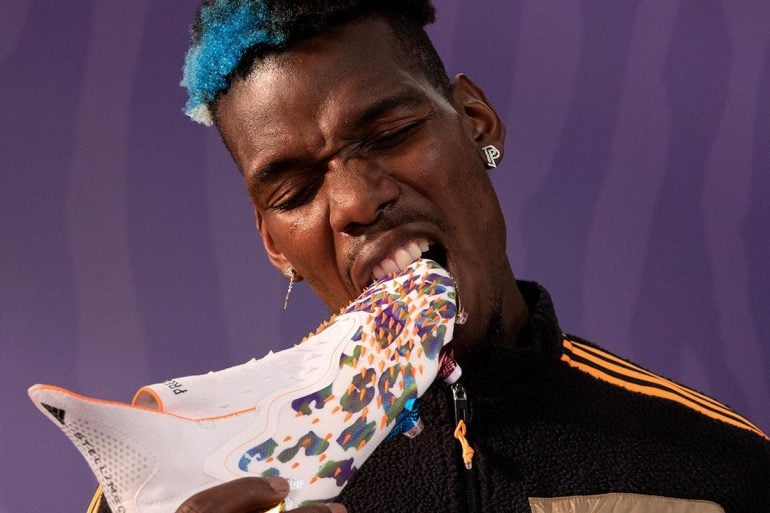